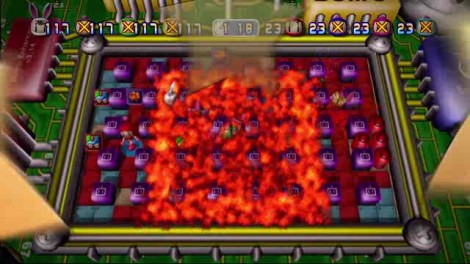 One of the first great XBLA multiplayer games, at least for the Horrible Night crew, is getting a sequel on Dec 8th. Bomberman LIVE: Battlefest continues the classic franchise with its second outing on XBLA. Expect the always fun and frantic Bomberman gameplay with support for 8-players online. Additions include new weapons and four new game modes: VIP, Bankroll, Capture the Flag, and Capture the Crown. As in the original, players will be able to customize their Bomberman with new customizable costume pieces.

It’s been a while since I last played the original XBLA game, but it opened up a lot of people to the potential playing XBLA games online. I’m excited to see what new tricks Bomberman to lure us back into his explosive traps.