Meanwhile… we’ve actually been playing games. Each week we recap our recent gaming experiences and tell you what we’re looking forward to, so you can use your time more wisely than we have. Settle in with your games for the winter, because Thanksgiving is now behind us. The family gaming is now out of your system. From here on out, what you got, is what you get until someone gets you something else. 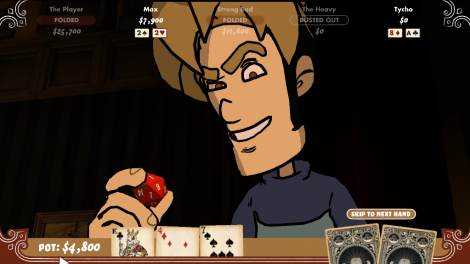 JDevL
I was all set to move on to my next great console title. Then last Tuesday, the World of Warcraft patch update that I’d been waiting for hit. Granted the holidays are more for travelling than gaming, so I didn’t get fully enveloped in Azeroth, but it felt good to be back. Otherwise my time has been spent teaching myself poker in Poker Night at the Inventory. I did manage to take the Kinect with me do one of our Thanksgiving gatherings with all of my nieces and nephews. It was a surprising hit. I was nervous that the kids wouldn’t adapt to it as easily as they did to the Wii. But soon enough we had a crowd watching us for Kinect Adventures and Kinect Sports, and the 6 year-old was dominating. Of course, all of the parents we’re pissed since I just exploded their kid’s Christmas lists. I like being the “cool” uncle (they don’t know I play WoW). 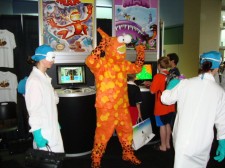 Colefacekilla
Most of my week was spent playing Mass Effect 2, which is a good way to spend any week. I did download and play a little bit of ‘Splosion Man since it was only $2 on XBLA on Black Friday. I can see frustrations with that game looming in the distance as the levels get harder and harder, but it’s a type of frustration I look forward to. Spent the weekend with the in-laws and my wife’s brother wanted to play some Call of Duty: Black Ops zombie mode. As I tweeted the other night: Surprise it’s Call of Duty, and nom I’m still not buying it, guy.

Wizardtrain187
I haven’t played as many games due to the heavy holiday schedule, but Civilization V continues to steal my attention. I want to get into Black Ops more, but am afraid my long absence will leave me defenseless against the guys and gals that play 20 plus hours a week on that game. I do have one goal and that’s to do something in Fallout: New Vegas that involves me getting further in the story rather than just screwing around.

Jadetiger CG
I finally cracked open COD: Black Ops and went through the campaign which was fun. Knowing my addiction and my current workload, I’m avoiding the multiplayer until things calm down. Still occasionally playing Scott Pilgrim, but can’t really play it for more than an hour.

Gifftor
I finished DeathSpank with 200/200 on the Achievement board and I’m grinding my way through Halo: Reach on Legendary. As a side note and semi-response to whoever it was that said that taking cover wasn’t a part of the Halo gameplay, especially since the Spartans were supposed to be mobile tanks, my Spartan squadmates sure as shit took cover behind rocks and walls when the Covenant fire was coming in hot and heavy. It’s little things like that which you notice when you die 45 times in a row because your squadmates are taking cover and Bungie is… Oh. Sorry. I’m getting worked up just thinking about finishing Legendary tonight. 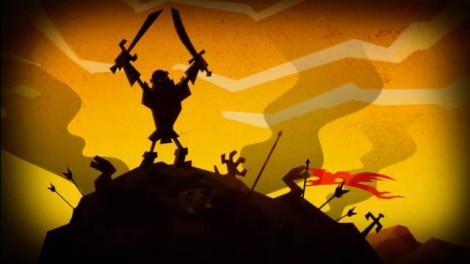 Coopopolopolis
My Xbox hasn’t been on in a while so it’s been mostly iPhone games for me. Carcassonne as usual which i suck at more and more with each game. I did play a little Wii Sports Resort over Thanksgiving with the fam. It’s funny how video games were shunned at family gatherings until the Wii. Congratulations Nintendo. This week it’ll probably be the same. I’m heading to Cali on Thursday so I doubt much gaming will happen while i try to wrap things up at work.

Pixelmixer
I didn’t have much time to play games last week, but when I could spare some time I tried to jump into a game or two of COD: Black Ops multiplayer. Black Ops starts out with kind of a bad vibe and it takes a while to get used to the new gameplay mechanics and nerfed perks, but once you do get used to it, it’s a great play. This week I’ll probably be doing much of the same until this weekend when I’ll hopefully have a couple of new ones to explore.

BlueAwesome
This week I’ll be relieving some project-overload stress with a much-delayed romp through Halo: Reach. I finally picked it up and I intend on spending my extra hours this week playing the campaign and avoiding multiplayer like the plague (I’m not very good).

I also dusted off the Wii last week and have been playing through Super Mario Galaxy 2 and Kirby’s Epic Yarn. Kirby’s Epic Yarn is an interesting game, and I’ve mainly been playing it with my wife who wont’ dare pick up an Xbox controller. I’m starting to remember why I got a Wii in the first place, and I’m looking forward to playing Epic Mickey, Donkey Kong Country Returns, and Sonic Colors. 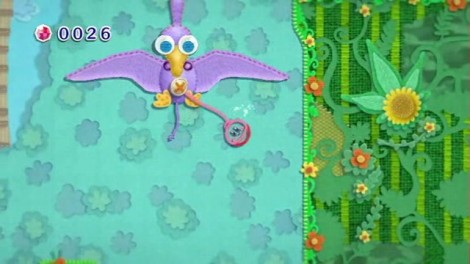 Cuter than anything you played

EndlessBen
I didn’t have a chance to do too much gaming this week since I was at home for the holidays. Although my parents did just get a “Wee,” as my mother puts it, so I did get the chance to humiliate my family in Mario Kart Wii. As for the upcoming week, I’m still deep in Assassin’s Creed: Brotherhood, which has been great. The multiplayer is really fun and terrifying. The experience of hunting and being hunted at the same time is great. Also very exciting is that a shiny new PS3 is currently waiting on my doorstep at home. I’m not sure when I’ll have the time to actually get into it. It’s coming bundled with Uncharted 2, which I am excited about but I’m told for the full experience I should play through the first Uncharted so hopefully I can find a cheap pre-owned copy or something. Looking forward to getting into the cell processor world. I’m also open to suggestions to what else I should get into for my fancy new PS3!

Dimmett
I’ve been playing a lot of Black Ops, still working on Fallout: New Vegas, and the new Red Dead Redemption DLC. I still haven’t played much of the campaign for Black Ops, I’m more into the multiplayer part of that game.