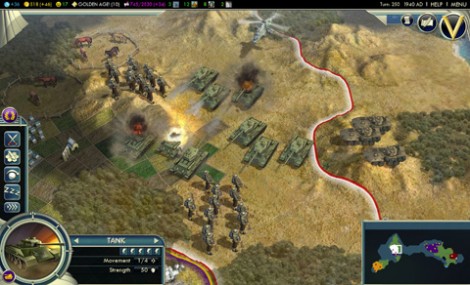 Those of you that were distracted this past weekend with all the awesome Steam deals may have missed the release of more Civilization V content.  Titled “Cradle of Civilization” each pack includes levels based on real world locations, all designed by Firaxis (the team behind Civilization V). The 4 maps (Mediterranean, Asia, Americas, Mesopotamia) are priced individually at $2.99 or as a pack for $9.99.

This may have been kind of cool if there wasn’t already an editor where users can build their own maps as well as a slew of community created maps for those not into using their brain sacs. $2.99 is pretty steep too, especially when you’re not getting any new gameplay elements, such as units, buildings, etc. Civilization V is a solid game and it’d make more sense to release the map packs as free updates but I’m only a consumer…what do I know? Crappy DLC can be excused from time to time, but this just doesn’t make sense unless 2k assumes gamers are just really stupid or extremely compulsive with their purchases.