Every year around this time people who have websites such as ours come up with lists of things that they are thankful for in the video game industry. Seeing that I’m wholly unoriginal in every way I’m going to copy that idea but give it a good Horrible Night twist. I’m going to list the things I wish would go away in the video game world. It’s called Hatesgiving and there’s a lot to cover.

The Whoring of Franchises

With every successful video game, there comes an inevitable sequel. I understand that part of the business and sometimes the sequels are outstanding (Uncharted 2, Mass Effect 2).  But what I’m hateful for is the annual release that drives a great franchise into the ground. I’m looking at you Activision and two game franchises that I used to love: Tony Hawk and Guitar Hero. 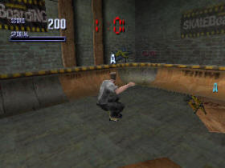 Tony Hawk’s Pro Skater was a revelation to the skate boarding genre. Before that gamers were limited to Skate or Die or California Games. So when a polygonal based skateboarding game allowed the player to create some of the tricks that we saw every year on the XGames, we were hooked. Also the fact that you could chain combos to get a ridiculous score, had my group of friends striving for that million point mark on the warehouse level. The next two games in the series were great as well but the formula got stale. Of course that didn’t stop Activision from shoving Tony Hawk games down our throat. They still do it to this day, 11 years later, and the games are flat-out awful.

I must admit, I played and enjoyed the first 3 Guitar Hero’s. Though by the third release the greater musician simulator, Rock Band, had arrived. But once again that hasn’t stopped Activision from releasing a Guitar Hero every year, just in time for your kids to be disappointed at Christmas when they open it instead of Rock Band. Look, I know Guitar Hero still makes money and I’m pretty sure it still sells more than Rock Band but at a certain point you need to know when to stop. And Activision needed to stop 3 or 4 years ago.

Hey Call of Duty: Modern Black Ops Warfare guy, this will happen to your franchise too. If they don’t make sweeping changes in the gameplay and just release the same tired game year after year, we’ll be looking back and saying “Remember when Call of Duty was the best selling video game for two years in a row. That’s hard to believe now.” I hate you Activision for ruining good franchises.

When a team from the NFL (National Football League for all you non sports fans) wins the Super Bowl, their methods for success are copied by other teams looking to achieve the same thing. While that method can be successful for other teams, the original team needs to change their strategy as well or risk becoming stale and not reaching the same levels of success they did the previous year. While the sports analogy might be confusing to be some, let me be more clear. I’m talking about Nintendo, Sony and Microsoft.

Nintendo took a huge risk in releasing the Wii. Motion controlled gaming was nonexistent before that system was released and yet it caught on like a firestorm, quickly becoming the highest selling system of this generation. While there are some great games like the Mario Galaxy series and New Super Mario Bros. Wii, there is also a ton of shovel ware on the shelves of your favorite retailers. Has anybody noticed that I didn’t list any great third party games (though JDevL threw out Monster Hunter 3, but he’s crazy)? This has been the curse of Nintendo consoles since the Nintendo 64. 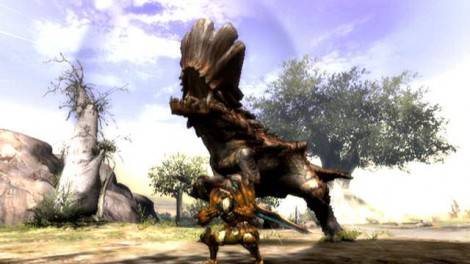 Is this the greatest 3rd party Wii title?

Third party games aside, Nintendo has gotten lazy. Although I appreciate seeing old franchises on new consoles, when will going back to the well be one too many times? Like I said before NSMBW is great, and that new Donkey Kong Country game looks pretty good. But these are games we’ve played. I know there are limitations to the console, but where are games like Mass Effect, Gears of War, and Uncharted? We need new game franchises going forward Nintendo. Stop resting on your laurels. It happened to you before and you lost a ton of money. Keep innovating and release a next generation console soon or be left behind. I hate you Nintendo for being lazy.

Did you ever have that little brother or sister who always tried to copy you but could never succeed in quite the same way? Sony is that less successful sibling. Don’t get me wrong, their tech is pretty cool and actually allows 1:1 control. 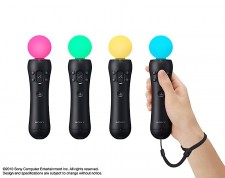 Nonetheless, is there anyone out there who got excited about the Move? I think they are heading in the right direction trying to appeal to the core gamer with their motion controlled games but most core gamers don’t like playing “real” games with anything other than a controller. Sorry SOCOM developers, it will be a waste of time.

There was a time not long ago when I was all about the PlayStation 3, and I still really like the console…as a Blu-Ray player. There just aren’t games that are coming out for it that I’m excited about. Sony went all in this holiday season with Gran Turismo 5 and the PlayStation Move and it’s just not exciting. I know I’m a hypocrite for saying this, but give me an Uncharted game every year. Or move the series to the Xbox so I can up my gamerscore. I hate you Sony for being unoriginal.

My current obsession is the Xbox 360. It’s the only thing I game on right now partly because I need to catch up on all the great games I missed during the dark period of not owning the console. However, I do have some complaints, especially when it comes to the Kinect. I bought in to the hype surrounding the Kinect when I saw it demoed this past E3. I thought the games looked cool and the navigational use looked promising. Getting it into my home the first week of release was a priority, because I’m a huge tech/gaming nerd and my wife really wanted to play Dance Central. 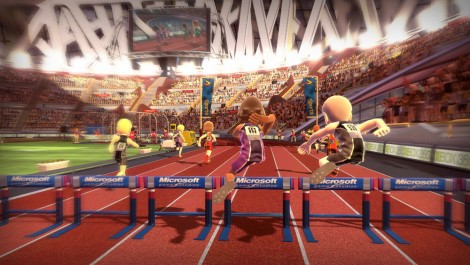 From the makers of GoldenEye and Killer Instinct comes....a copycat minigame collection.

The Kinect is a cool piece of technology, but besides Dance Central (there is an argument to include it, but I won’t) the other games are crappy retreads of semi-successful Wii titles. That is not the way to sell a new system. Did you see how many Wii’s have been sold Microsoft? Of course you did, or you wouldn’t have tried your hand at motion control gaming. I’m sure you’ve also seen the bargain bin Wii titles that crowd the shelves at game retailers. Don’t fall into that same trap. If you don’t control the quality of games that come out for your system, good games will be over-looked because they are associated with the Kinect. Nintendo used to have a seal of quality, don’t be afraid to copy them there. I hate you Microsoft for following a trend.

Airing of the Grievances

I love video games, even though sometimes they can frustrate me. I guess the same can be said for any love in life. That frustration can build to hate when the same mistakes are repeated over and over again. I just want the 4 companies I mentioned above to recognize their mistakes when they make them and to do something to change course. I want these companies to be successful because I want to play video games for the rest of my life. Just bring new and fresh ideas to the table so we all can feast on them.