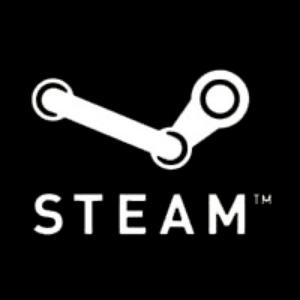 The beginning to my end?

There are two ways one can look at a restaurant buffet, a light side and dark side of mass eating if you will. On one hand a buffet offers variety and quantity in a very convenient location. Most people leave a buffet satisfied, perhaps even acquiring a taste for foods they’d never experienced before. On the other hand, most buffets offer that quantity/variety at the cost of quality and the line between sustenance and sickness is crossed more often than not.

The glory of inflated stomachs and explosive diarrhea

For the last few months, I’ve been partaking in a gaming buffet and Steam has been my restaurant of choice. I’ve filled up on cheap games and dabbled in genres I’d never approached had the price point not dipped below ridiculous. I’ve played some great titles and my wallet is still fat, yet I’m left with the overstuffed sensation I used to get after rampaging through the KFC buffet. Could my gluttonous gaming be a bad thing? Have I become shallow? Is Steam killing my gaming appetite?

I remember how dedicated I was to beating games and exploring all of the content when cash flow was dictated by parents who saw things like food and water as more important than entertainment. At times I felt like an expert, ruining someone’s day in multiplayer or revealing a secret no one sought to find. I noticed the little things and had trouble transitioning to something new as the controls were now imprinted in my brain. Opening a game immediately led to marathon sessions and the disc or cartridge rarely left the system before completion (which meant more than just beating the end boss).

Now, even hotly anticipated titles only get a few sessions before stepping aside for a bit. Not that they’re lost, it just tough to dive in when dozens of games are screaming out for attention. Anytime I think about playing a game, there is Steam offering up something new, something different. I find myself missing those days of dedication but wonder if my mentality has changed due to accessibility or that games from years ago struck a sweeter chord. Would I be better off with a few solid titles? Perhaps, but I’m sure the rest of the crew would get tired of the endless Fallout: New Vegas articles. 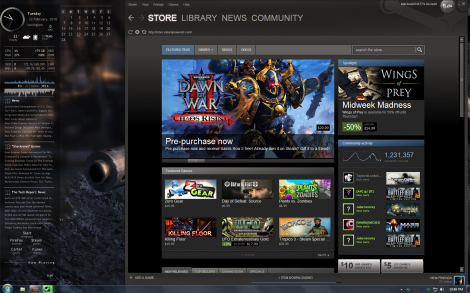 Sure, Dawn of War 2 for 4.99 sounds amazing...sorry current game

It’s not all bad though. I’ve discovered some interesting titles (And Yet it Moves, Gish) that I enjoy and am no longer pigeon holed into blood and guts titles that require little more than reaction time and a pulse. I now have more than enough fuel to make an argument for games as art and have been surprised by the ability of an independent developer to keep me entertained. I’m proud of my library and love to talk up a game that no one has ever played or give my opinion on the latest buzz worthy title.

Buffets get a bad reputation but its really not their fault. No one makes people eat till they puke and low price doesn’t validate fickleness. I can’t blame Steam for my problems either, not to say there isn’t a drug dealer metaphor to be made in the future though.