As soon as faster than light (FTL) travel is developed, humanity will be out exploring the great unknowns of space. Borrowing a line from the Boy Scouts, it is never to early to “Be Prepared.” When inter-galactic space travel happens I’ll be ready, thanks to the lessons I learned courtesy of Mass Effect. 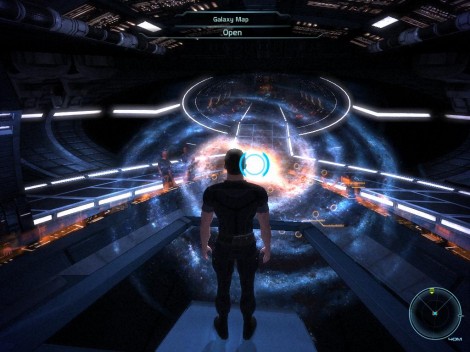 The Milky Way like you've never seen it before.

In the future, Earth’s resources will be depleted. We all know this, but that shouldn’t deter us from gathering resources in our everyday lives. Every time you go to a friend’s house (planet) you need to gather certain things that will make it easier to continue your journey. Scan the house for beverages and snacks that you’ll need to keep constantly nourished. Discover hidden items like the bathroom, to leave any waste products behind. It’s better to do that sort of thing on a terrestrial setting than dropping blue ice somewhere in space. If we don’t search every planet there is no hope of survival for the human race. That is, if we make it past 2012. Thanks, Mass Effect.

Look, I understand that the headline is bound to induce some cringing but hear me out. I’m not talking about any animal-human interaction. I’m referring to other bi-pedal ‘alien’ races that just happen to be blue in color. 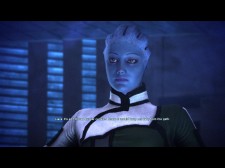 I don’t understand how it works, because it is yet to be determined if we have matching plugs and sockets. That mystery might be so intriguing that you have to pursue this course of action to see what happens. For that, I applaud you. But before diving in head first (or crotch first for that matter) remember what happened in Species. That could really ruin your day. Thanks, Mass Effect.

Have you ever thought about being a hacker but were disenfranchised from that notion because the barrier of entry was too high? Now you can become what you always dreamed about with only an Xbox 360 control pad. Carry it around with you at all times, you’ll never know what you’ll come across in the vastness of the Milky Way Galaxy. A crashed probe in your way? See what kind of goodies it has by entering a specific color coded button presses on your Xbox 360 controller. Virtual Intelligence terminal threatening to kill you, hack it and save your life. Because of the Xbox 360 controller anyone can hack in the future. Thanks, Mass Effect.

With all the technology that is required for space travel, you would think driving on terrestrial planets would be perfected. I’m sad to report that this is not the case. I guess I can’t be too surprised that a futuristic HumVee has terrible driving controls because the ones we have now aren’t regarded as great driving experiences. Nonetheless, you would think that a technological driven human race with advanced fleets of battle(space)ships, would have concentrated a little more on what many humans love to do. By the way, adding thrusters to the HumVee doesn’t make it better, just floaty. We all know that floaty driving controls lead to crashes. Just ask the Absent Minded Professor. Thanks, Mass Effect. 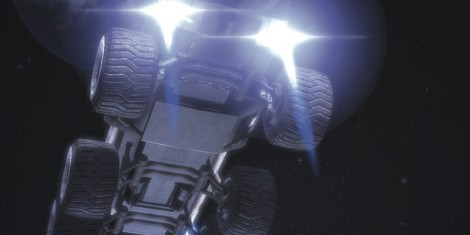 It’s hard to apply some of these lessons in our current lives, but we need to think about the future as well. Things that are difficult and exclusive today, will be easy and inclusionary soon. What if we wake up one day and all of the sudden it’s the future, what would we do. First thing I’d do is remember what I learned from Mass Effect. Thanks, video games.