I woke up on the wrong side of the bed this morning. My usually jovial self will be taking a mental health day. Instead, I’ll be looking at everything in my life through a half empty glass. I’ll get over it, but my pissy mood wants to burn some bridges first.

Having successfully navigated my way through the harsh terrain of the Mojave Wasteland in Fallout: New Vegas, I finally made my way to the more civilized and well maintained New Vegas strip. People stumbled around drunk, gambling away their hard earned bottle caps while I cautiously scanned the area for danger. It was at that point that I was propositioned by a prostitute, a scantily clad but poorly modeled individual with the stereotypical prostitute name. Obviously, I abstained from partaking in the affair but I’m afraid similar scenarios give some of you erections. This article is for you. 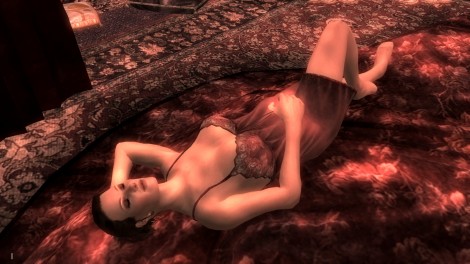 The pose, the nighty, the nausea

Is it really that hard?

I play video games because they allow me to do things I can’t feasibly do in real life. I won’t ever be an elite black ops soldier nor will I be able to cruise the galaxy solving crimes and hanging with aliens. Sex should be a very feasible activity thus its function in a video game confuses me. I’m sure one could argue for the necessity of game sex in reference to plot, emotional connection, etc but such an argument would make that person, well a bit creepy.

The flip side of that coin is some people are struggling to find sexual partners, thus validating the reliance on video games. I find that hard to swallow (heh,heh). First, there are people in the world of all races, body sizes and hygiene aptitudes that would like to have sexy time with a similar individual. Where do you think online dating came from? Not enough fantasy elements for you? Just put elf ears on a consenting person and have at it (keyword there is consenting). 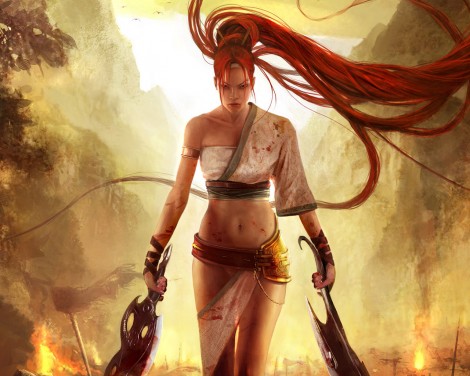 Perhaps the tactic is distract then stab?

Sexy game characters are turning into this generation’s Playboy centerfold, which freaks me out when you can literally buy magazines with REAL pictures of naked men and women in them. I went to pick up a copy of EGM and walked away empty handed because I was embarrassed. The cover, adorned with a curvaceous woman in very revealing body armor screamed to the other customers “I’m going home to masturbate!”. There were kids there and something about the situation felt illegal. Besides, such apparel sends a poor message to female warriors when the desire for sexiness outweighs the function of protective clothing. 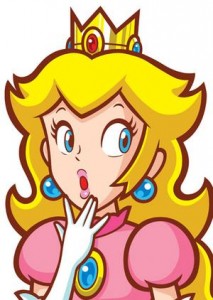 I have nothing to add, this picture is perfect.

In the past, low quality graphics made it impossible to convey sensuality through the screen, although I’m sure people got some funny business done with the help of Princess Toadstool in all her 8 bit glory. Today’s hardware does allow for the creation of believable character models and scenarios, so the next step should be focusing on supple breasts and photo realistic penetration right? My jump kick capabilities have increased tenfold over the past few years as well but that doesn’t mean I need to show them off at inappropriate times. That’s just boastful.

I’m in no way discounting the work that’s gone into producing the buxom babes bouncing around the battlefield, I just don’t know if graphic artists realize the power they hold in controlling the world’s supply of nerd boners. If they did, maybe they’d tone it down. Or maybe its a deal between them and the keyboard manufacturers? Sticky keys and controllers can only function so long before a new ones need purchased. Freaking genius.