Meanwhile… we’ve actually been playing games. Each week we recap our recent gaming experiences and tell you what we’re looking forward to, so you can use your time more wisely than we have. The last major release week of the year is upon us. Time to make some final decisions about what fits in your budget and who you need to start sucking up to to get the sweet gift of games. 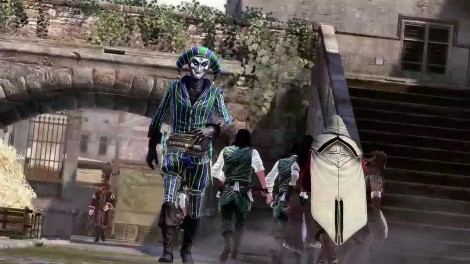 JDevL
Well, I knew I’d be indecisive last week, but had no idea where it would take me. After getting absolutely destroyed by the guitar solo in Crazy Train on Rock Band 3, I knew I had a decision to make. I assumed I’d jump into Castlevania or give in and submit to Fallout: New Vegas, but instead I got my cowboy and decided it’s time to finish Red Dead Redemption. I’m still a ways off from the end, but I’m blowing through the main missions rather than getting caught up in all of the side stuff that wore me out the first time around. My goal is to beat it and jump into the Undead Nightmare expansion as soon as possible. I’m sorry I ever doubted Red Dead, I really am.

That doesn’t mean I’m done with new games because this is a big week of purchases for me. I’ll be picking up Asssassin’s Creed: Brotherhood, Need for Speed: Hot Pursuit, and NBA Jam. That also doesn’t mean I’ll play all or any of them this week (I have a problem). If competition heats up on NFS or Jam I’ll give them a shot while I play with my creepy jack-in-the-box.

Colefacekilla
It’s been a week of opposites for me. I’ve been playing something that’s only been out for a week and something that’s been out for 3 years. The Kinect and Mass Effect have been dominating my game playing and will continue to do so this week. I’m still going through Kinect Adventures and I’m going to try to 1000 point it this week. Don’t know if that’s possible but we’ll see. I also finished all the side quests that I’ve had the opportunity to do in Mass Effect which didn’t take me as long as I thought it would. I’m looking forward to seeing what happens in the main storyline so I can move on to what everybody says is the better game: Mass Effect 2. Since my gaming budget is pretty much shot because of the Kinect, it doesn’t look like I’ll be buying any games any time soon so hopefully Christmas will be fruitful and I’ll get AC: Brotherhood or more importantly NBA Jam. Damn, I still need to finish AC2.

Wizardtrain187
Still chopping away at Fallout: New Vegas and have recently jumped into Call of Duty: Black Ops. Having a good time playing that game and while the single player sections feature way too much hand holding, the story was exciting and the action was over the top and fun. New Vegas and COD:BO could not be farther away from each other in terms of gameplay (other than perspective of course) and its pretty interesting switching between the two.

Other than that, gaming may be a bit light this week as I have a ton of work to hammer out and holiday preparations to focus on. 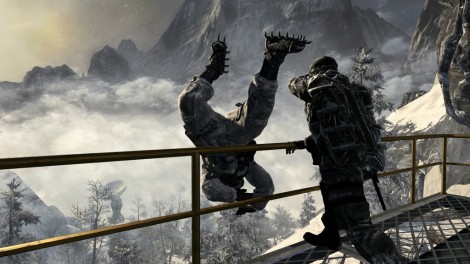 Jadetiger CG
Waited till midnight to get Assassin’s Creed: Brotherhood. Glad I pre-ordered. Also, I had a gift card for Best Buy and I totally caved in and bought Call of Duty: Black Ops. Sigh… My name is Christina and I’m a gameaholic. I did download the discounted Scott Pilgrim vs the World: The Game. So far, not really digging it, but I do like the Mario style world map. Lastly, been playing a tiny bit of Halo: Reach. I like doing a daily challenge here and there. Also, I was birthed 26 years ago yesterday, so I got that going for me.

Robeque
Welllllll….. I was/am really excited about Need for Speed Hot Pursuit this week, but I might hold off from a release day purchase. I have a lot going on over the next couple weeks and may not have a lot of time to play much of anything. PLUS… I needed a new DVD player and Best Buy had a deal to get a free controller with the purchase of a PS3 which was apparently enough to push me over the edge and finally buy one. So I have some PS3 catch up time ahead of me as well! Can’t wait to finally play Uncharted 2, God of War 3, Metal Gear Solid 4, LittleBigPlanet, Infamous, Wipeout HD, and a bunch of others. I’m open to suggestions from the PS3 owners out there on what I should play first! In the mean time I also finally beat Plants Vs. Zombies for the first time. That was my plane ride game of choice for my recent trip to Florida.

Coopopolopolis
Last week I popped Halo: Reach back in and decided to maybe finish it. Taking that long of a break during the legendary campaign was a horrible mistake. I thought I had learned my lesson when i did that during COD4 Veteran difficulty, but apparently not. So needless to say I’m finishing the campaign on heroic just so I don’t kill myself while I try to get back into the feel of the game. I had maybe an hour in Fable 2, but I’m already stating to get bored with that game. We’ll see how much longer it lasts. This week if I play much I’ll probably see if I can wrap up Halo. Of course, I always have a Carcassonne game in progress on my iPhone. I should give up though, I’m getting worse.

Pixelmixer
I’ll be playing some COD: Black Ops this week. I’ve been trying to get a hang of wager matches, but since i haven’t played them much I always seem to come in last place. Hopefully this week I will be able to move up in average rank in each game. I am still undecided on NBA Jam for 360, I would love to pick that up, but since life gets in the way of gaming I don’t have a whole lot of free time for multiple games in a week. 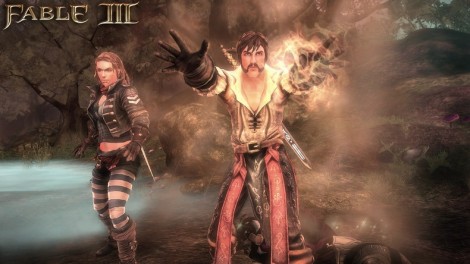 I got a better trick for ya

EndlessBen
Over the last week I beat Fable III. Though I enjoyed much of the gameplay and most of the story, I was totally disappointed by the ending. Normally, I would go back through and play again as a really evil character but I don’t really think I want to now. Such a letdown. But luckily to make up for it, Assassin’s Creed: Brotherhood is out this week. My roommate have preordered it but he is still in the middle of New Vegas and Black Ops so I should have plenty of time to tear through it before he rightfully claims the disc. I’m really looking forward to this one.

jmgist
In anticipation of AC: Brotherhood, I’ve taken it upon myself to finally finish up AC2. The game is such a top shelf experience from top to bottom that it’s really making me feel like a goon for having taken this long to dive in. I knew I’d be getting my parkour on, and obviously perforating mark-ass marks left and right with an arsenal of cutlery that would make Machete jealous, but the abilities to play mayor, buy art, and use hookers as a mobile shield are unexpected delights.

Some of the climbs in this game are rivaling climbing the agency tower in Crackdown in terms of giving me digital vertigo. Even though Renaissance Spider-Man can effortlessly cling to any surface for an inordinate amount of time, there have been many couple gooseflesh-inducing moments where I nearly “desynchronized” into my pants.

Oh, and a brief Rock Band 3 update: My roomie finally snagged the Mustang pro guitar. I’ve been playing guitar in a minor capacity since high school, so I was eager to test drive “The Hardest Button to Button” on expert pro, being as how I know how to play it FOR REALS. It was damn near a seamless transition. I didn’t even need to look at the screen to get through it. Pretty amazing stuff, Harmonix.