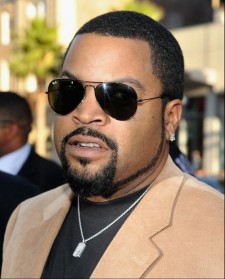 Sounds like Cube did voice acting for the wrong game.

Light week for news other than trouble at Harmonix and more record breaking sales for Call of Duty. 21 headlines distracted us and here’s the best from that list:

PSA: All forthcoming Rock Band DLC incompatible with RB1/RB2 – Joystiq
Whoa. Didn’t see that coming. Kind of a bummer even if it’s understandable.

Activision Was Owed Money In Brutal Legend Debacle, says Kotick – IndustryGamers
No one was happier to see Brutal Legend flop than Bobby.

BREAKING: Viacom to Sell Harmonix – RockBandAide
I know they haven’t been making the money they expected, but this is still surprising. Was a great fit with MTV.

New L.A. Noire Trailer Brings Our Hearts To Justice – G4TV
I’ll give them the benefit of the doubt but the characters in this trailer still creep me out.

Angry Birds confirmed as coming to XBLA, PSN, WiiWare before a sequel – Joystiq
My god the $$$