Call of Duty: Black Ops wasn’t my most anticipated title of 2010 but it was still one that I was excited to play. I enjoyed both the single player and multiplayer components of Modern Warfare 2, and frankly couldn’t remember why I stopped playing online almost a year ago. After enduring an hour of swearing, mockery and poor sportsmanship I quickly remembered why. 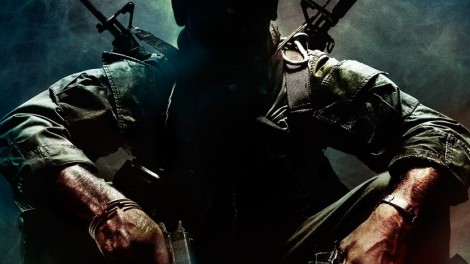 Aww, the sweet smell of douchebags

It’s only been recently that games have been upgraded in status from childish toys to a legitimate entertainment medium. What we’ve seen is a transition from cartoony graphics and low impact storylines to more visceral and often controversial adult content. While the Wii, Kinect and Playstation move are definitely targeting the wider family market, its pretty clear that the 18+ demographic is the one developers are shooting for. So if gaming is steadily heading in a more mature direction, why aren’t the gamers?

The multiplayer component, a major focus in gaming today has been the breeding ground for poor gamer behavior as of late.  While the occasional exchange of harsh words and trash talk are common in any competitive event, the levels experienced on the multiplayer gaming front are off the charts. It’d be easy to blame a few bad seeds but the problem is there aren’t just a few individuals committing this act. Racial slurs, sexual harassment and other examples of poor conduct are perpetuated by an increasing number of gamers of all backgrounds and there’s no end in sight.

In the past multiplayer gaming meant sitting next to a person. While occasional banter probably occurred between gamers, crossing the line usually resulted in a fat lip. There isn’t much in terms of punitive measures in reference to online gaming, and the cyber equivalent to the fat lip isn’t nearly as attention grabbing. Booting a player from a session usually requires all players to vote and complaints against consistent perpetrators aren’t always looked in to.

In my last article on piracy, I mentioned the effects of online anonymity. People have been given the ability to live separately  from their day to day activities with little to no accountability for their online actions. This perceived invincibility, like any power can be insatiable and lead to more extreme behavior on the whole resulting in a cultures slowly deteriorating reputation.

So who cares right?  The world is full of jerks and gaming isn’t the exception, so perhaps we should get over it. Maybe, but one has to take into consideration the microscope gaming continues to be under. The anti-gaming agenda already has fuel for decades of slander and multiplayer conduct doesn’t help. Gamers are already thought to be unhealthy, socially awkward thieves, the last thing we need tacked to that stereotype is horribly mannered bullies.

On top of that, while gaming is becoming more of an adult oriented experience, kids still play. Younger minds are more easily shaped and damage more severe. Cyber bullying has far reaching effects and its prescnce in gaming, a medium known to offer an escape from reality has unimagianable consequences. The current generation of gamers looks bad, but who knows what the future holds.

The End of the avatar shield

What it comes down to is gamers having higher standards for how they game and those they game with.  It’s time to grow up or face problems similar to those found as a result of piracy. Do we really want the developers or even the law policing the matter when it gets out of control? Blizzard’s Real ID was a potential first step, a step most are happy didn’t ever come to fruition.