Unlike JDevL, I’m a completionist, and an achievement whore. Whatever. Pigeon-holing aside, I’m cautious in the games that I buy because I know I’m going to go for 1,000/1,000 gamer points, including the “Insane!” achievement.

I have a deep appreciation for titles/developers who take care to not only create a game that can stand up to my monogame-ous commitment but to improving their IP whether it’s an in between a title, a sequel, or during the title’s life cycle. (And conversely *ahem!* Red Faction and Darksiders, I disdain games with crappy pacing or lame expansions that don’t fit in well with an already-completed main quest.) For this reason, aside from Galaga, Mass Effect 2 is the best game, ever. Sorry, Bungie.

That brings me to the reason I’m writing you, Bungie, Halo: Reach. You are, unarguably, a top-tier production house. You showed the world how a console FPS could be done well and Halo: Combat Evolved (which I played on PC) had a satisfyingly long single player campaign with a sci-fi plot with a pedigree including Larry Niven and Poul Anderson. I still have a fond recollection of Halo 2, but the shift towards multiplayer and 13 year-olds putting one through my brain at the spawn point was only aggravated further by the severely underwhelming Halo 3. If memory serves me right, Bungie, you originally developed Halo 3 for the Xbox and then ported up to the 360, which may have something to do with why I was pissed that I paid for it. I didn’t even bother with ODST. But when it came your most recent Halo game, I had to give it a shot. And for the most part, I’m glad I did. I’m not going to rehash the six-million reviews out there; you’re probably sick of them, so let’s just say that I’m not mad at you for pocketing my $60, even sans Master Chief or Cortana’s faux-Tron digital hotness. 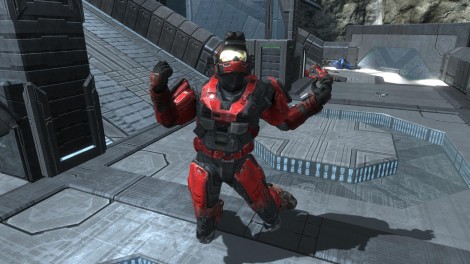 I can't quit you

I’ve put in my time and I’m continuing to rack up more hours than I’m comfortable admitting, but it’s becoming a little bit of a chore and I can’t decide where to place the blame, but today, the crosshairs are centered on you, Bungie.

I realize I just got done praising your latest effort only to slag it. Here’s why: even though it was a solid game that did a lot to address many of the gripes I had about 2 and 3 (i.e., intelligent matchmaking? Brilliant!), somebody in your house was a fat and lazy panda, Bungie! Wha?! Yeah. I said it. Reach is miles above and beyond Halo 3 with some real flashes of brilliance, but when it comes down to it, it’s like Avatar. The gunships, some of the dialogue, one of the lead actors and even some of the music is one big shout-out to Aliens. Jim Cameron’s not even trying anymore and I’m not sure you are, either, Bungie.

The cover mechanic, finally done right in Gears of War in 2006 (and now endemic to varying degrees of success) is nowhere to be found in Reach…and I don’t want to hear any of your bullshit about “not within the spirit of Halo,” Bungie. Unless your entire staff, HR and Marketing beat the game on Insane without throwing your controller through your flat-panel, it’s a non-starter. Although GoW‘s cover mechanic wasn’t new, it was the first time that someone had done it right…like Halo and the console FPS. The cover mechanic is so ubiquitous that it’s even in an also-ran FPS/platformer I downloaded on XBL called Hydrophobia, yet I can’t hide from a Jackal with a Needler on a blockbuster-grade title.

We saw more of you in Chuck

This leads me to my next point. I know change is scary, Bungie, and making major changes between titles can be risky…but no matter how much it is flamed in print and by trolls, the ability to patch games on the fly on consoles gives game devs a chance to experiment and tweak their game as it is exposed to the biggest test possible: market release. As far as I can tell, you’ve missed the boat on this one whereas BioWare is a champ at it. I beat the crap out of Mass Effect 2 except for the Insane achievement and then set it aside for a few months until there was new DLC. My biggest gripe from my first 2 playthroughs was how much time I had to spend scanning the planets for resources (and not seeing the digital version of Yvonne Strahovsky naked). After the hiatus and a minutes-long update, voila! BioWare stuck in a patch to make the scanner module move faster and my game experience was improved by leaps and bounds.

I know they’re different genres within the overarching FPS category, Bungie, but you would be well served if you could learn something from your competitor: not only will people pay extra to download new weapons/gear, if you put something in the game that sucks or realize that adding something would improve gameplay measurably (and save innumerable televisions’ demise due to blunt-force trauma) you can do it. (As a side-note to the “Release a Finished Game, Dammit!” crowd: patching “final” releases is only new to consoles; PC gamers have been blessed with balance/bug-fix patches going back a while now). It’s like an extended beta test and, for your long-suffering acolyte in the church of the UNSC, it can turn a good-to-great game into one that you’re talking about 3 console-generations down the line.

Finally: this is the fourth (or fifth if you count “ODST”) iteration of the Halo franchise. You’d think you would have figured out by now what the good stuff is and give us more of it. The good stuff is like cheese. Nachos are good. Nachos with 4 types of cheese piled on so thick that a waiter with poor grip strength won’t be able to carry the platter is better. In your case, Bungie, I mean overpowered weapons (energy sword, sniper rifle, fuel-rod gun), Scorpion tanks, the Sabre (excellent and made me hungry for more; coming from a flight sim junkie, that’s high praise), a story line that made me actually want to replay the campaign just to make sure I caught everything (Halo) and, hell, throw in more Banshee, too. 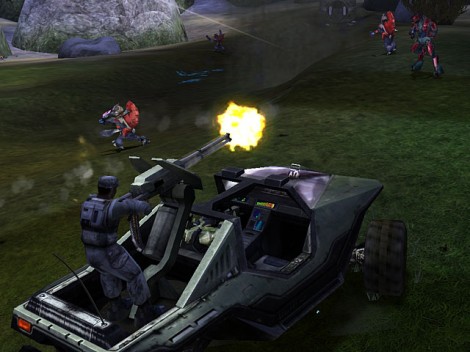 Have we really come that far?

Don’t get me wrong – this wasn’t an Epic FAIL. You got rid of some stinkers, too. I spent an Elder Scrolls: Oblivion-scale chunk of time finding and getting all of the skulls in Halo 3, the Grinder (?) vehicle was lame and even though they were integral to the story line, I’m not going to miss the overpopulation of Brutes one itty, bitty bit.

So if you take anything away from this, Bungie, here it is: Halo: Combat Evolved was a milestone in console gaming for a variety of reasons and Reach was a solid effort, but if it didn’t have Halo© stamped on it, it would have been a fantastic game…on the Xbox. Compared to your competition, you’ve turned out a game that while polished, shows a stultifying resistance to improvements in the gameplay of the genre you effectively founded despite years of experience in the industry, and an enormous budget and a fan-base that would buy packaged camel dung if it came with your nameplate on it.

PS – I still love you Bungie. I’ll see you tonight. At my place.

This article was submitted to us by Gifftor and promoted by a member of The Cursed. If you’d like to submit your own article, please email us using our Contact Form for more information.