While my distrust for robots has been present since I first watched Terminator, I still often fantasize about what it’d be like to command a mechanized military. While such an occupation would definitely warrant round after round of high fives, the complications related to being a robot general should never be overlooked. These are the lessons I’ve learned from Supreme Commander 2.

The Lessons of Supreme Commander 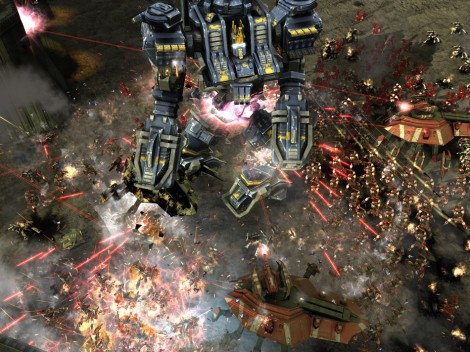 Whose winning? More than likely its the giant robot.

The first time you command a totally sweet robot army, you’ll anxiously await the moment that you’ve saved enough resources to build a giant robot. Tiny robots are neat, but everyone knows that robot generals prefer the big guys. Despite the excitement of finally producing a towering engine of destruction, don’t fall into the trap created by awe and only make one giant robot. Giant robots do best in groups. Thanks, Supreme Commander 2.

Boats are better when they have legs

Boats are pretty lame to begin with, but sometimes one has to partake in ocean battles and doesn’t have much choice. Don’t let annoyance or disappointment prevent you from realizing that in the future, boats can be modified to feature legs. Now that lame battle cruiser is amphibious and it’s been documented that amphibians always get the job done. Thanks, Supreme Commander 2. 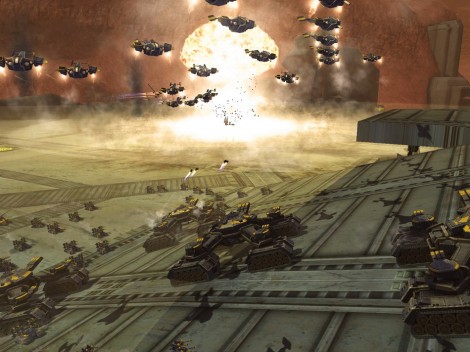 Nuke me once, shame on me. Nuke me twice and I'm obviously not cut out for this.

Never underestimate the power of nukes

Massing an army is very important when it comes to robot battles, but it’s not the only task that needs accomplished. One should never skimp when it comes to defense and should never settle for mere force fields and short range artillery. A world where force fields actually exist is a world where nuclear weapons are even more devastating. A mass of attacking robots always loses to a nuke and a force field is never enough to protect your base…it’s not Independence Day. Thanks, Supreme Commander 2.

Research is for nerds, unless  the results are giant spider mechs

People that hang out in libraries and do science experiments don’t seem to have much of a place on the robot battlefield. Their time indoors would presumably make them frail and unable to contend with the harsh environment, but that’s not always the case. While tiny robot tanks are easily produced with limited research, giant robot spiders and squids are another story. Everyone knows that animal inspired robots are crucial to effective robot warfare. Thanks, Supreme Commander 2. 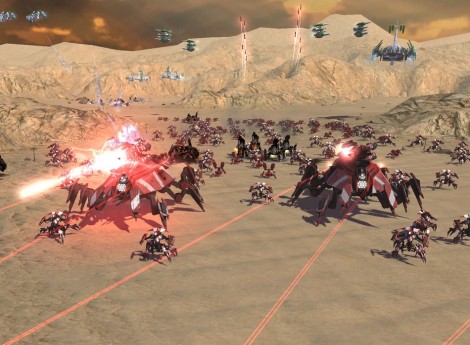 Who're you calling a nerd?

Robot battles can be difficult and time consuming, but the constraints of current armed forces don’t exist thus allowing creativity to reign supreme. When you exist in a world where giant robots are the norm, your options can be overwhelming, but that’s no excuse for commanding a poorly run robot army. Thanks, video games.