Meanwhile… we’ve actually been playing games. Each week we recap our recent gaming experiences and tell you what we’re looking forward to, so you can use your time more wisely than we have. The surefire top selling game of the year comes out this week so those of us not shooting things all over again are sure to have some interesting distractions. 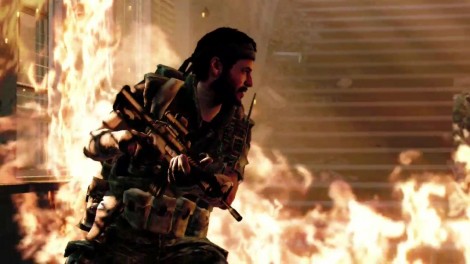 Joke about game being hot

JDevL
I’m still out of breath and sweating from my time with the Kinect last week. I sampled a little bit of everything, and overall was impressed that the device worked damn well in my living room. Lots of potential, just make it happen Microsoft. When I had a controller in my hand, I was dead set and successful at finishing Enslaved: Odyssey to the West (review). You need to buy it for full price, but it is available for $25 this week on Amazon so buy one for your friend, too.

No new games for me this week. *collective gasp* I’m honestly having trouble deciding if I want to dive back into Castlevania: Lords of Shadow or give up all of my time to Fallout: New Vegas. So if I had to place my money on anything I’d bet on me staying indecisive and passing the time with a combination of Rock Band 3, Dance Central, and finishing Costume Quest. Of course, I’ll also have to visit with my new baby panther, Zorro, since Kinectimals is a lot deeper than I ever expected. (Notice I didn’t say it was good.)

Colefacekilla
I played a little Fable 2 this past week but got bored quickly. I don’t know if I’ll return to it. Sunday morning I bought a Kinect so that will have my focus going forward. A lot of my friends are trying to get me to buy Call of Duty: Black Ops but it’s not going to happen. Screw shooting people in the face, I just wanna dance!

Wizardtrain187
Played some Supreme Commander 2 this past weekend and actually really like it. It came cheap from Steam, but offers a very cool RTS experience. The scale is very impressive and fighting giant robots with other giant robots is awesome. My brother came in to town for the mini marathon and we spent a lot of time playing Fallout: New Vegas. He had it for Playstation 3 and I played on my computer. Reminded me of the days that we’d spend hours playing games, only this time we didn’t have to take turns. 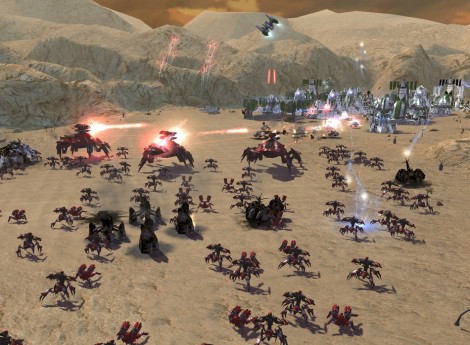 Are robots ever peaceful?

Jadetiger CG
As much as I didn’t like Singularity, I managed to play it again just to get achievements. I also played through BioShock 2‘s Minerva’s Den expansion which I would greatly recommend. It has got to be the longest add on I’ve seen for a game. I also downloaded the toybox for Crackdown 2 and got bored with that almost instantly, but I managed to unlock a lime green suit and helmet for the avatar, so not a total loss. Who doesn’t like lime green suits? I’m anxiously waiting for Assassin’s Creed Brotherhood next week.

Robeque
Super Meat Boy. I played this over the weekend and what a joy it was. I can’t wait to get home today to fire it up again. If you haven’t played it yet you need to, b/c I think it’s the best 10 bucks I have sent on XBL, ever. Who needs Kinect when there is Meat Boy? WWWAAAAARRPP ZZZOOOOOOOONNEE!!!!!!

streetalchemist
So this has been an EXTREMELY eclectic week for gaming on my end of the ‘verse, but definitely a good one. Started the week with a couple of intensive sessions in Castlevania: Lords of Shadow. Still loving that game, and keeping an open mind because it is VERY different from any other Castlevania game, but enjoying every minute of it.

After that I booted up the Wii to make some old school progress on The Legend of Zelda: A Link to the Past. I couldn’t help it after our 16-bit conversation last week. I think that game might be the best game of that generation! I had a productive week on the mobile front too. I three-starred every level in Cut the Rope, and made some progress in Angry Birds Halloween, while finally beating the point and click adventure game Dream Chronicles, which I’ve been working on for the better part of a year.

As for what’s on the horizon, I dove head-first into the Amazon buy 2 get 1 free sale and picked up some games I’d been wanting to play. I bought Kirby’s Epic Yarn, DJ Hero 2, and Lego Harry Potter: Years 1-4. So as soon as those show up my gaming is going to be all over the place!

BlueAwesome
This week I dug out my copy of The Orange Box to give it some more playtime. It was one of the first games I bought for my Xbox a couple years ago, but it quickly got pushed back on my shelf by Call of Duty: World at War and Halo 3. I haven’t really played it since then, and I’m itching to get back into it for a while before I catch up on a bunch of new games next month.

I’ve also been playing Plants vs. Zombies and Age of Zombies on my iPhone. AoZ is awesome, but it’s got a pretty horrid bug that crashes the game after I beat the second boss. Hopefully they get that fixed soon. 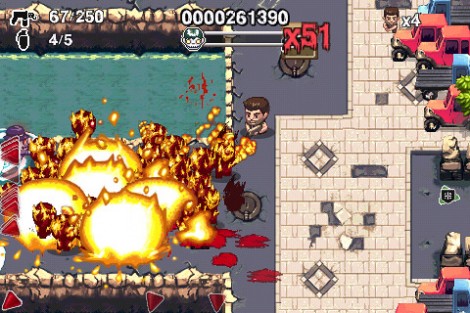 Pixelmixer
I never did end up firing up the old Xbox last week. I had several chances, but took advantage of that free time to wrap up a few freelance development projects that have been dragging on for a while. This week will likely be much different. I was able to finish up a vast majority of the largest project, so that won’t be as much of an issue. I also ended up giving in to the fabricated hype surrounding COD: Black Ops and went over to Best Buy to preorder it. Needless to say, I will be picking that up tonight at midnight and giving it a shot. Originally, I was skeptical about Treyarch getting control over the series again, but I think Treyarch feels like they need to prove something now that Infinity Ward is on the Disabled List so I think if Treyarch ever makes a good COD game it will be Black Ops.

EndlessBen
This week was a lot like the last in that I played a good bit of Fable III. I’m at a strange place that feels like I’m near the end but that can’t be right unless this game is significantly shorter than the last one so I’m inetersted to see how it turns out. And much as I would not like to admit it, I played a fair bit of WoW this week. It just keeps drawing me back in and the server I play on has things like accelerated xp and drop rates so it takes the mundane parts out of the level grind. My roommate picked up CoD: Black Ops tonight so I might try a bit of that out this week, we’ll see.