It’s been awhile since we’ve done a favorite game post and this time The Cursed were asked what their favorite 16-bit games were. It’s hard to just come up with one game so we came up with many. Add any of your own in the comment below.

As I’ve mentioned many times before, my favorite 16-bit game of all time has to be Secret of Mana with Final Fantasy VI following close behind. Other than the gameplay, I also love the way both games look. Their art styles were second to none with Final Fantasy VI having arguably the best graphics on the Super Nintendo. While they weren’t the games I played the most, they definitely were my favorite.

The 16-bit era was weird for me, I was late in getting my SNES and always found myself looking across the fence at the bad-assery on the Sega Genesis so I never felt like I was just enjoying what I was doing. I remember how Populous blew my mind and signaled that this system was a bit more sophisticated than my NES. 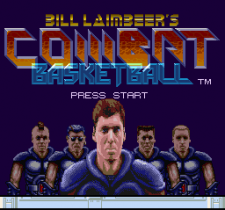 This was a real game

Final Fantasy VI wins for game that I spent the most time on, but if I had to choose a favorite without doing my research I’d have to go with… Bill Laimbeer’s Combat Basketball, or I mean, Super Metroid. That game shaped my favorite genre of character action/adventure games through today. I still get chills when I see the intro or the final battle with Mother Brain.

I’m hopping on the Secret of Mana bandwagon while there’s room. While I consider the Legend of Zelda to be the true progenitor of the action RPG genre, Secret of Mana was the next giant step forward, boasting the ring menus, magic, and co-op gameplay. I’ll always recall it fondly both in terms of its importance, and in terms of simply being a fantastic experience.

Street Fighter 2 Turbo is a game I played incessantly but never got really, truly good at. This was a good thing, because all my buddies basically plateaued at a similar level, meaning when we’d get together to play it and pass the controllers around, everybody was getting their asses handed to them equally. Still, nothing topped going up-river, and kicking dat sunnavabeetch Bison’s ass SO HART… that de next Bison wanna-be is gonna feel it

I also spent an inordinate amount of time dicking around with Mario Paint, which was fairly mind-blowing to me at the time. Animating my own movies and then setting them to the awful music that I’d just created was the coolest shit ever.

I didn’t have a NES growing up but I did have a gameboy, which is about the same. I loved the Teenage Mutant Ninja Turtles games, & Kirby’s Dreamland 2. Kirby 2 was especially fun because they introduced the ability thing when u ate certain bad guys. Donkey Kong Country was another big favorite. I remember at the time I considered it the most polished game I had ever played. It had the best graphics I had ever seen for a gameboy game. They looked like really good black and white 3d characters and I remember the game had much better music than the majority of handheld games. (Editor’s note: Christina doesn’t know what 16-bit is. Don’t hold it against her.)

Loved Secret of Mana, but I am definitely going to be stuck between two Genesis titles: Altered Beast and Kid Chameleon. Altered Beast was such a surprise as a kid because at that time I was used to being some little cute character and then I pop in this game where I walk around, bashing monsters and powering up into werewolves and other werebeasts. I even remember the faster paced music that starts up after you finally achieve beast man form and the cool moves you had at your disposal. That game still pumps me up.

Cool masks made this game unique.

Kid Chameleon was probably a bit more obscure but still ranked up there because I was amazed at the amount of levels there were and different ways to get through them. It started off as a simple hop on bad guys game, but the addition of power up masks that could turn you into samurais and such made it such an entertaining game to play. The art was awesome and a bit more adult compared to the Mario and Sonic type platformers. Super tough as well, never came close to beating it.

I was a Genesis kid growing up, and didn’t own a SNES until middle school when they were already ancient. Oddly enough, the 16 bit game I played the most was one I never owned: Road Rash 2.

I must have rented that game 100 times. I loved knocking cops off their hogs with a chain or a crowbar. I don’t know why, I was a nice kid.

Sorry I assumed Gameboy was also 16 bit. Imma bit ignorant, pun intended. Okay, so really the only 16 bit games I played growing up were the things I played over at other people’s houses which would be the Super Mario games and Teenage Mutant Ninja Turtles 1 and 2. I really don’t remember them too well, but I believed I liked TMNT: The Arcade Game the best. No surprise there. (Editor’s note: She still doesn’t know what 16-bit is. Don’t hold it against her.)

For me the 16 bit area was my favorite. I was a huge sega kid. My favorite games for the genesis were Altered Beast, Ecco The Dolphin, and Bubsy. What I think I remember that era the most for though was fighting games. I loved Street Fighter and Mortal Kombat, I remember those sleepless nights with blisters on my thumbs trying to figure out that amazing combo or crazy finishing move.

I forgot how much of that era was defined by the fighting games and sports games. Even if I don’t look back on them as my favorites I did spend the most of my game time in one or the other. When I wasn’t playing FF VI, I was playing Street Fighter II Turbo, NBA Jam, Ken Griffey Jr Presents Major League Baseball, Primal Rage, Madden 94, and NBA Live 95.

I spent so much time trying to learn Street Fighter 2 moves, my fingers were just too short and stubby at the time. Speaking of fighting games, I am surprised that Primal Rage has yet to be mentioned. Actually, maybe I’m not, but still dinosaurs fighting was a great concept. 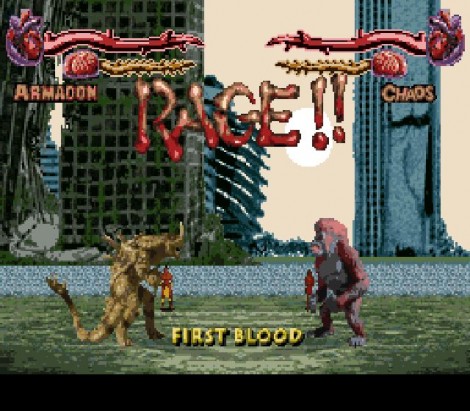 Haha, I snuck that into my list. That is my favorite worst fighting game of all time. Such a terrible port, too. Yet, I couldn’t put it down because dinosaur fighting games should be celebrated.

Primal Rage was an awesome shitty fighting game. I remember playing the arcade cabinet at Greenwood Park Mall. While we’re on this excellent tangent, can I get a witness for Clay Fighter? The stretchy taffy guy is like the most broken character in the history of the genre.

I can definitely give a witness for Clay Fighter, I played that game WAY more than I probably had any reason too. I think my two favorite 16 bit games, however, had to be split between a couple of classics. Truly I was a Sega kid. I loved my SNES, but when it game to Mario vs. Sonic, back then I was rooting for the speedy blue guy. Sonic the Hedgehog 2 was near the top of my list. The other game however is one of the most epic games ever as far as I’m concerned, The Legend of Zelda: A Link to the Past. 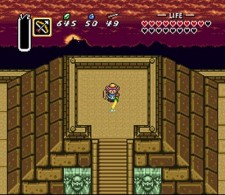 One of the most epic on the SNES

Link to the Past was the first Zelda game I ever played and I will always remember the feeling I had playing that game when my brother and I got it on Christmas day. I remember that intro music, and walking around the castle in the rain before you even have a sword, and I still get chills. 16-bit graphics were so great because you still had room for imagination, but the graphics weren’t so bad that they got in the way.

After a bit of a detour with fighting games and bad ones at that, Alex gets us back on topic just in time for this week’s REPLY TO ALL to come to an end. Next week we will be back with the second part and hear from Mr. 16 bit Nintendo himself Pwrglove.