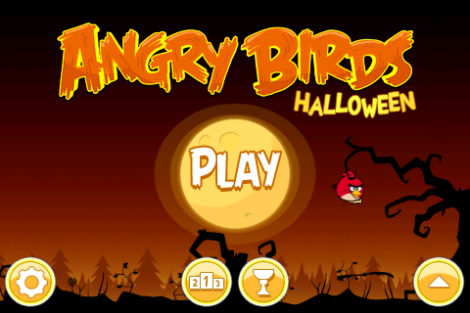 That was a quick million

Angry Birds shows no signs of slowing down, even after its publisher, Chillingo, was bought by EA last week. After several free updates to the original game, Rovio went ahead and self-published Angry Birds Halloween only to see the game top 1 million downloads in 6 days. Looks like it’s incredibly successful business as usual.

The seasonal follow-up adds more challenging levels and Halloween themed design additions like pumpkin shells for those evil egg-stealing pigs. The gameplay remains unchanged and continues to be as addictive as ever while the 99 cent price tag doesn’t seem to be deterring any fans.

This is notable as an interesting milestone for the App Store and its most popular titles. Time will tell if games offering traditionally free updates (a la Doodle Jump) start going the route of more episodic paid releases. Then again, it’s not every day that the publisher of such a successful title steps away from a franchise as popular as Angry Birds.