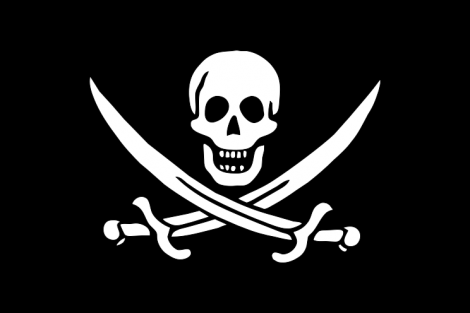 I received an email this past week in reference to my Dead Rising 2 post. An unnamed individual was trying to play his pirated version of Dead Rising 2 and was having problems. For those of you not in the know, I had a ton of issues with loading this game. After hours of tweaks and help from a Games for Windows Live operator, I was finally able to play the game. The culprit; Zero Day Piracy Protection software that’s been a consistent addition to games these days. So here this guy was, wanting advice on how to play stolen software when the very reason I had to wait a week before playing was the preventative measures put into place to stop people like him. Safe to say, I politely explained that he was committing a crime and refused to help him further.

Piracy is a huge issue and has been so since the magical power of the internet gave people quick and easy ways to spread information around to others. The problems first arose with music and as download speeds increased, movies and games quickly followed suite. But why should you care? Perhaps you don’t play pirated games or maybe you’ve only done it once. If you’re a fan of gaming, you should take the matter personally rather than wait for the authorities to do what little they can.

We as paying gamers are suffering more so than we may actually believe. The software I mentioned above is a good example of what the industry has had to do in order to ensure they are reimbursed for the products they provide. What starts out as an inconvenience  may very well become a burdensome component that breaks an experience, such as the inability to play a game without an internet connection. Most point the finger at the studios, but I can’t really blame them. It’s annoying to lose a couple hundred bucks but losses in the millions is a problem that has to be dealt with. 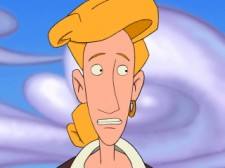 Some validate piracy with the argument that studios makes tons of money and that it’s ok because they probably don’t notice or shouldn’t be so greedy. This is a horrible argument if you understand business at all. Think about supply and demand. A company is not going to make a product unless people have some use for it. That’s the demand component. Piracy may get the game out to millions of people, but if that doesn’t equal revenue than the developer can’t validate success, thus no demand. This may translate to the end of a beloved franchise or a niche genre. Or it could mean that companies take a note from Hollywood and produce games that are low budget cookie cutter entries or remakes that project profit because the fan base is already established. This doesn’t even take into account indie studios whose future success may rest soley on a single entry.

Remember, behind every six figure executive there are hundreds of hardworking artists, programmers etc who depend on that revenue. They work long hours with little praise, all so that we can escape from our own reality for a bit of entertainment. If there’s no incentive for working such a demanding job, why do it? I’m a social worker, so I can understand under appreciation but at least I can see the good of what I sacrifice time for. What does an 80 hour work week mean to these people if a game is seen as a financial failure? It’s convenient to think piracy just prevents those greedy executives from buying cars and houses but in reality lost revenue may just mean a lot of peoples’ jobs. 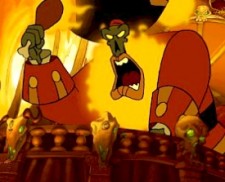 He stole the meat, too

Pirates are looked upon as modern day Robin Hoods, stealing from the rich developers and allowing the poor gamers across the world to play any game they want. That’s a crappy allusion considering Robin Hood stole from an oppressive monarchy who over taxed its citizens and not a game developer offering people a NON ESSENTIAL product. You don’t like the price of a game? Don’t buy it, rent it or wait till it’s on sale. That will send a better message to developers than outright stealing it. Gaming is an expensive hobby and if you can’t afford it than find a different hobby. Golf is expensive too, but you rarely hear about people stealing clubs and playing at night to avoid paying for it.

I’m sure people will argue the points I’ve made, but there’s one that I guarantee is unobjectionable; piracy is theft. It’s relatively easy theft with little punitive consequence, but it’s still theft. If your moral code is so loose that you can’t see this, you’re going to have issues in the future. Sure, there are millions of people doing it right now, but there are just as many looking at child pornography. One is obviously more perverse than the other, but both are examples of anonymity validating misconduct.

In the end, there is no rationale behind piracy. Gaming isn’t a right nor are the actions of software pirates sticking it to “the man.” It’s theft and it affects far more people than we realize. If we are to continue gaming in the future, we need to take a stand against those that are willing to sabotage the industry for freebies or else deal with a future full of game breaking anti theft software and movie games.