It happens time and time again. You reach the end of a stage/level/map and a giant oversized rock formation comes up out of the ground. This is the boss you must fight in order to move on in the game. Boss fights have been a part of video games since the early days of the format. Mario has had to rescue a princess from more than one oversized animal in Donkey Kong and Bowser. Large bosses are the norm for video games, but it’s the overuse that I have a problem with. 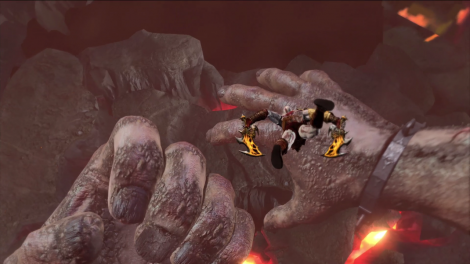 So big, you can only see hands.

If you haven’t been able to discern the subject of this article from the title or the first paragraph let me lay it out more clearly: I am getting tired of the huge boss in video games. Lately, a lot of games seem to have these epic boss battles. I’m here to tell you that they don’t have to. What happened to fighting guys your own size? What happened to those human sized monsters, that are sometimes even human (GASP)! I realize it makes sense for God of War, a game about gods and stuff, to have these gods portrayed as these large powerful beings. They’re gods for God’s sake. But does every similar character action game need to have an enormous enemy to fight in order to continue on in the game?

Don’t get me wrong, I love a huge boss as much as the next guy, but for every boss in the game to be gigantic is ridiculous. Take a game like Metal Gear Solid 4 for example. Most of the enemies you fight are human sized, albeit with extraordinary weapons. You do end up fighting a Metal Gear near the end, but you are also in a Gear. Every battle seems like Snake has a realistic chance of beating his enemy if it took place in the real world. If you or I stood in Gabriel Belmont’s shoes in Castlevania: Lords of Shadow and came across one of the big Titan’s, we’d probably soil our pantaloons. 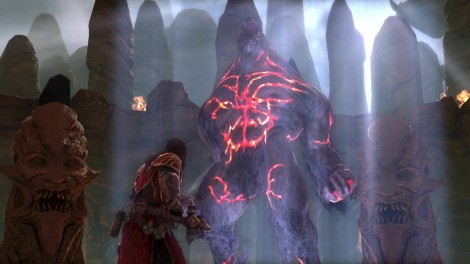 Maybe I have to high an expectation on game designers to be creative in the use of the boss battle. I realize most games are fantasy, so don’t come at me with the argument that Metal Gear is based in a real-world like scenario whereas Castlevania: LoS is all fiction. I get that, but in order to make the end boss seem that more insurmountable, he/she/it should be the largest and grandest in scope. Not having played Castlevania: LoS or any of the God of War games, this might be the case and my whole argument might be moot. Having seen these games in action though makes me not want to play them. If I’m fighting such a huge boss at the beginning of the game, will the shock and awe I used to get at the size of the last boss not be there. It could take away from the overall game experience.

Well, What About RPGS?

I’m laughing at myself while writing this as I start to think of all the RPG’s I’ve played in the past and how this whole piece makes me sound like a complete hypocrite. However, in most of those games the last boss is built up during the game as this all-powerful being and that wonder grows right along side the build up. Take Kefka or Sephiroth for example. 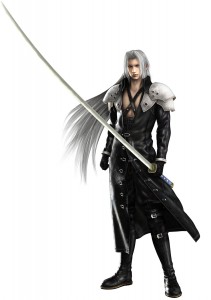 Granted, like in the grandest of Final Fantasy traditions, they took on a different form as you battled them at the end of the game but they were human-like characters that you knew you would have to fight eventually.  If done correctly, smallish enemies can be just as fierce and awe-inspiring as the ones who make you look ant-like in comparison.

I don’t want all games to get rid of their giant bosses. Like I said earlier, I love a huge boss as much as the next guy, but designers need to be more creative in coming up with boss battles. Successful video games tend to be copied, and I understand that. That being said, not every game needs every boss to be gigantic. It’s bad when overdone, good in small doses, and great when you fight the last boss is an epic event.

3 Comments → It’s Not the Size of the Boss