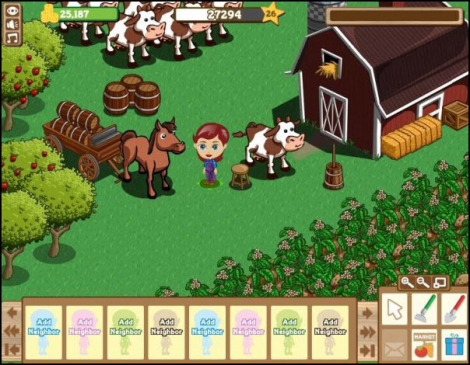 A woman accused of shaking her baby to death because his crying interrupted a game of Farmville pleaded guilty to second degree murder this past Wednesday. The 22 year old Floridian thought that the baby may have hit its head while she shook him in an attempt to stop his cries.

It’s difficult to maintain neutrality with stories like this, so I’m not even going to try. This is a horribly twisted crime and to perceive that Farmville was the sole cause (like many will) is just as sick. There are a lot of very unstable individuals out there who are drawn to drugs, alcohol and even games as a way to escape reality. People in those situations need help before its too late.

While we do enjoy playing games, we also recognize its a hobby and never want to condone obsession to the extent described above. If you know someone who has withdrawn  from their usual routine or whose personality has changed drastically and you think that games could be a factor, you need to get them help. The preciousness of  life is something that can never be replaced, extra lives and saves don’t exist in the real world. For more information go to Online Gamers Anonymous*.

*The views expressed by Online Gamers Anonymous are not necessarily shared by the writers of Horrible Night. The website is merely a step to take for those that have lost control of their gaming habits and want help.