Last week in A Gamer’s Journey: From Modern Warfare 2 to Halo: Reach, I discussed what it was like for me to transition from one game to the other. I purposely left out the community aspect of both games because that article would have wound up as long as the Fallout: New Vegas guide. If you have no experience with either game, you need to know that both communities are robust and very active in the games they support. As positive as I was in the first article about both games and how much I enjoyed them, sometimes the community can make me want to stop playing. 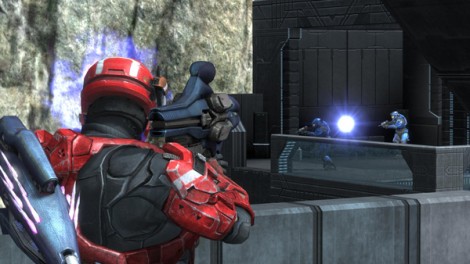 It’s Not All Sunshine and Rainbows

Let’s be honest and get this right out of the way from the start, some of the people who play Modern Warfare 2 and Halo: Reach are immature, racist bigots. For a lot of people, this affects the way they play the game. In any multiplayer game there are game modes that require some level of cooperation of a team. As we all have heard over the years, communication is a key part of getting things done. When people are shouting racial epithets and homosexual slurs, it makes you not want to communicate with those people and thus failing at your mission. Just like how the internet breeds anonymity for people to say some awful things, the same is true of any multiplayer match. Now there are some built-in ways to get around these things, like muting the player. If I could stand on a high horse for a moment, those things should not be said. Just because I killed you 5 times in a row in one game, it doesn’t make me a faggot.

My real complaint  echoes something Christina said in a podcast: be original in your trash talk. I don’t mind getting trash talked especially if I suck and deserve it.

Sometimes I even enjoy listening to other people doing it well to someone else but it usually doesn’t last long and devolves into name calling or about how many times that gamer slept with my mother. One night I stayed up really late playing Modern Warfare 2 just to listen to this one creative guy talk smack to other players. It made the game a lot more fun and added more to an already addicting game.

What’s surprising to me is the lack of that talk that I’m getting in my recent play of Halo: Reach. Granted most of the time I’m in a party chat on the 360, so I don’t have to deal with random yahoos and their less than stellar vocabulary. That isn’t to say it’s not there, I just haven’t experienced it. Even on my ventures into the multiplayer solo, I haven’t encountered the kind of racism that I always endured playing Modern Warfare 2 on the PS3. Even when we’d party up it wouldn’t exclude the aforementioned random yahoos from spoiling our fun. Especially when we ganged up on them until they left.

Bandages only last so long

In a recent Reply to All we wanted to fix multiplayer and these type of things were at the crux of our argument. It makes it hard to enjoy a game when we always have to mute a player or in Christina’s case, getting bothered just because she’s a girl gamer. I even argued that we just mute the player and move on, but the issue is bigger than this.

I want to yell a curse!

I consider myself a pretty well educated gamer, but a lot of people in the world aren’t. They might not know that they have the ability to mute a player. If they’re a parent allowing their kid to play these types of games, they might not know what their child will be exposed to during a play session.

That all being said, I recommend both Modern Warfare 2 and Halo: Reach wholeheartedly. They are wonderful games that have added many things to the first person shooter landscape. Be forewarned, there is a reason why multiplayer games are unrated. Because of unpredictable jackass-ery, a game could stay in your console for months or be quickly buried under all the new titles that are coming out.