Meanwhile… we’ve actually been playing games. Each week we recap our recent gaming experiences and tell you what we’re looking forward to, so you can use your time more wisely than we have. Would you look at this? The Cursed finally reach out from the world of Halo to try out a few different games, if only for a moment or two. It’s intimidating out there with so much good gaming going on. 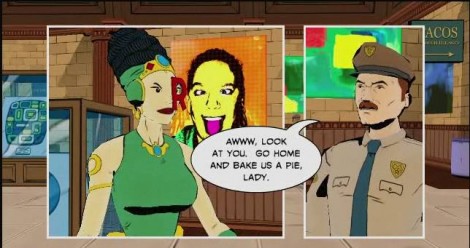 Did I mention Comic Jumper is hilarious?

JDevL
I can feel my stack of games growing out of the realm where I have a reasonable chance of playing all of them anytime soon. I still blame Halo: Reach as I’ve noticed that before I sit down for any game session, I check the daily challenges to try and find some quick wins. Inevitably, I never jump over to the game that I was planning on playing. I did manage to put more time into Castlevania: Lords of Shadow which I’m falling out of love with, but it’s being replaced by stronger adoration for Comic Jumper and its developer, Twisted Pixel. I also have a confession to make, I may have installed the 10 day trial of World of Warcraft to check out the pre-Cataclysm patch. You know, to get a feel of things before the real deal comes out. Save me.

This week I’m looking forward to getting a crew together to play some Def Jam Rapstar and DJ Hero 2 in a party setting finally. There will be Rock Band 2 as well, but that goes without saying. I also can’t wait to try out the ridiculous Super Meat Boy on XBLA this week, and I’m sure I’ll pick up Fallout: New Vegas even if I don’t plan on diving into it until a few months down the road. But you know I have to get the Collector’s Edition on day one because the DevL has no will power.

Colefacekilla
I actually played more than just Halo: Reach this past week. Fable II was a free download (but I’ve heard it’s chopped up into episodes and only the first one is free. We will see) so I’ve played a few hours of that. Also finally played some Dead Rising 2: Case Zero which has been sitting on my Xbox since the week it was released. I look to do more of the same this week and play those three games in some fashion or the other. Is anyone up for more Reach multiplayer?

Wizardtrain187
Still plugging away at the surprisingly lengthy Dead Rising 2. I finished it, now I’m just trying to get all the endings and attack some achievements. Fallout: New Vegas is already preloaded on my Steam account and I am super pumped to play that, although preparation for the Monumental mini and my anniversary are going to take precedence over intense obsession over that game. I was disappointed that my phone is having trouble loading Angry Birds, from the frequency of mentions on this site it looks to be pretty fun. On the browser front Shattered Colonies: The Survivors stole a bit of attention away this weekend so I’d suggest people check it out. One of these days I’ll play games that don’t involve the living dead. 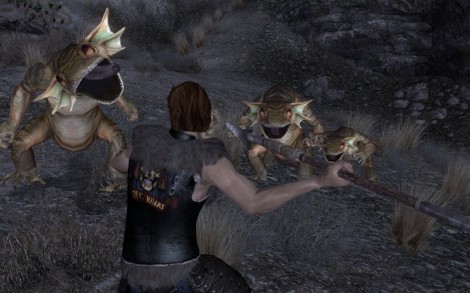 Jadetiger CG
Can’t stop playing Halo: Reach. I really want to earn more credits to buy armor, but its really slowed down a lot. I made 3 attempts for the 4000 CR challenge yesterday, but was unsuccessful. Had a fun easter egg hunt in Halo last week as well, which I’ll probably share on the podcast. Also, I played a couple Left 4 Dead 2 games this weekend. Really looking forward to Rock Band 3 on keys next week. Who knows, maybe I’ll even be tempted to learn guitar. I just don’t get stringed instruments. Growing up playing piano has limited my mental music note arrangement to be linear, so strings just confuse me.

coopopolopolis
Last week, I decided that I wanted to see the end of Battletoads. As a kid I don’t think I ever made it past the ice world after the speeder bikes. Back then you were actually an accomplished gamer if you could beat the speeder bikes. Anyway, knowing that it’s an impossible game I did the unforgivable and loaded in an unlimited lives cheat just to see what its like. Just as expected, its ridiculously hard and I don’t understand how Rare ever expected anyone to finish it. I’m actually at the final level right now. Remember the old keep-the-NES-paused since there aren’t any save state days? So this is my game time at work. At home I’ll either be playing some Halo: Reach or Quake 4.

streetalchemist
Hate to keep playing the same old broken record, but I’m still working on Halo: Reach, hoping to have a lot more time this week to make some progress. A lot of time is being taken up by a super-secret-awesome project that hopefully you’ll be hearing about soon! Otherwise I’ve been playing a lot of Angry Birds on my iPhone. I finally beat all the current levels but am trying to get at least 2 or 3 stars on every level… that game can be frickin’ hard!

Also a few days ago, the overwhelming amount of DJ Hero 2 commercials made me pull out DJ Hero and play a few hour marathon, trying to get through all of the in-game setlists. I’m pretty excited for DJ Hero 2, but I’m not sure I’ll be picking it up right away. 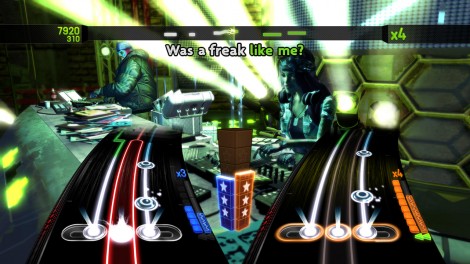 Pixelmixer
I again feel a bit out of the loop these days without an internet connection at home, surviving almost entirely on my 3G phone connection for the last couple of weeks and at least one more. Because I have no internet connection, I wont be playing a whole lot of Xbox 360 games. I did recently discover the beauty that is Cut The Rope for iPhone, and so that will likely take over my gaming time much of this week.

EndlessBen
I finally have a little time off this week! As such, I spent more MSFT points that I should have this afternoon, downloading Comic Jumper, the new DeathSpank and something else that I can’t remember at the moment. I am looking forward to getting into those. I still have some unfinished games like Mass Effect 2 and Shank. If I have some extra time, I might also try a bit of Kirby’s Epic Yarn, but in a totally MANLY WAY. 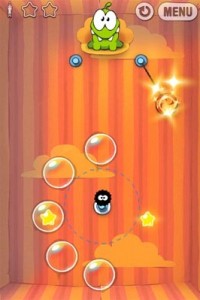 Cut the Rope will be your next favorite mobile game

Dimmett
Last week I fired up L4D2 for PC and played the new update The Sacrifice. What an awesome way to bridge the gap between the first and second game, it’s definitely rekindled my interest in that game. I continued to play a little Civ 5 this week as well, I’m on my 7th hour of my second game. I never would have thought that one game could keep me interested for that long, but it’s this perpetual “next turn” syndrome you get with that game.

On the iPhone gaming front, I downloaded a couple .99 cent gems this week. Cut the Rope, Pix ‘n Love Rush, and Trainyard. Cut the Rope is absolutly amazing, I can honestly say it’s one of the best puzzle games I’ve ever played on any platform and I highly recommend it. Pix n’ Love Rush is a great platformer with amazing graphics. My only problem with that game is the controls, it would be much better suited to be on a hand held with actual buttons. Trainyard is another great puzzle game, it gives the initial impression of being super simple and easy at first and quickly becomes a brain bender. If I had to choose between the three I would go with Cut the Rope.