When hardship comes along, I’m often told that it isn’t as bad as it looks. While this is true at times, sometimes things are exactly what they seem and sometimes they are much worse. Common sense, patience and caution are absolute necessities in determing the depth of any situation and all must be utilized. These are the lessons I learned from Altered Beast.

The lesson’s of Altered Beast

Punch gravestones that appear out of nowhere 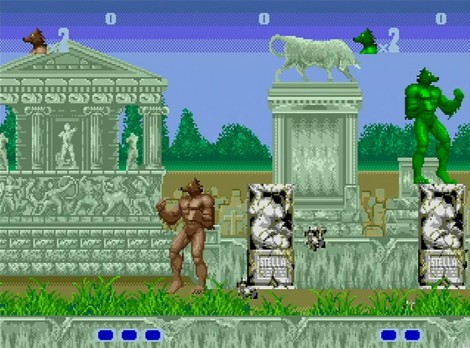 Remembering  those that have come before is a long standing human tradition and gravestones are the most recognizable symbol. However, gravestones that suddenly burst from the ground aren’t the next step towards surprise funerals and usually signal the appearance of the undead. Always have your fists in punch ready condition and make sure you’re stretched out enough to launch jump kicks, shin kicks and crouching jabs. Thanks, Altered Beast.

People judge others within mere seconds of a first meeting and if superficial characteristics don’t fit one’s standards, potential allies can be written off early. Don’t let this detract from an individuals true potential. Ripped clothing could be the evidence of either poor self perception or that an awesome human to werebeast transformation is about to begin. Remember, werebeasts are the best kind of allies. Thanks, Altered Beast.

Bad guys only get worse when there’s smoke involved 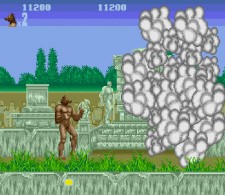 The first time I confronted a bully, I was fortunate to find that his projected strength was an illusion. This is not always the case and sometimes can be the complete opposite. Even if a bad guy doesn’t look that tough, be weary of the possibility of a smoke distraction transformation scenario. You may find that the bully isn’t the pushover you hoped he was when that smoke clears. Thanks, Altered Beast.

Sometimes common sense, patience and caution can save us from danger and sometimes they can get us killed. There’s no guide to the best course of action to take when met with potential adversity, but consistent utilization of only one form of problem solving is guaranteed to make things worse. Thanks, video games.