The question for this week’s REPLY TO ALL is based on this article from Kotaku: Hey Video Game Industry… Who is more likely to be successful, game directors making movies or vice versa?

I think the opportunity is there for game directors to make a successful leap to Hollywood. They are used to getting big projects completed and know how to lead a team of people in order to get a finished project on store shelves. While the same can be said for big time Hollywood directors, it’s hard to make video games. I’m not saying it’s easy to make movies but it seems like the skills needed to make a video game would transfer better than the other way around. That being said, I’m very excited for Guillermo Del Toro’s involvement in the video game industry. But other than design and story what is he really going to do? 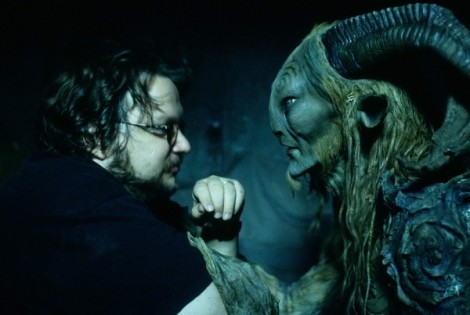 Del Toro and his imagination is perfect for games.

I’d like to see movie directors get more involved in the gaming industry, but they need to take a back seat and hopefully Guillermo will show how to successfully pull off that partnership. The fact is that movie directors don’t necessarily know what is fun to play, but they should have a good idea for pulling the narrative and pacing together. They just can’t be involved in the day-to-day game development side of things.

I have to imagine that game director’s could naturally function as a movie director a lot easier as ordering the team around to meet your creative vision should be pretty similar to running a development team. I don’t think they could make a great movie on their first try or anything, but fundamentally the pieces should come together a lot more quickly.

To me that’s a difficult question. I think that both sides moving to the other industry are going to run into some different hurdles and pitfalls.

On one hand you have filmmakers who are used to telling a story with a pretty short time limit. You have to establish all of your characters, and get the climax and resolution generally within 2.5 hours. I feel like they would have the most trouble in figuring out all of the in between stuff that they are used to just alluding to. 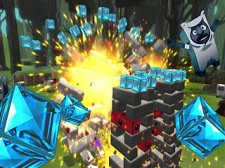 Not exactly what we expected from Spielberg.

Now on the other hand you have game directors who know how all the in between stuff happens, but may have trouble editing down a story to fit within the limitations of film.

All of that being said, I think more than what industry you come from, it depends on what kind of a director you are. Are you a director who makes his mark with pacing, environments, storytelling, etc? This is why I think Guillermo will do well. Look at Pan’s Labyrinth, that movie is laid out just like a game, with different stages, each with their own boss. Can’t wait to see what he does with it! All in all, I think the more cross-industry projects directors have, we’ll end up with better games AND films.

I don’t think either is a better or worse possibility. In the end, whoever makes the crossover needs to do so with humility and learn the new trade well enough to create a competent product. What it comes down to is director’s letting their egos take a backseat to the tutorial that they have to go through. The Michael Bays of the world more than likely won’t be able to do that, which is probably good.

What I think would be optimal is a cooperative between a solid game director and movie director. Get a good team together and let them co produce a game and a movie, that way they can learn the intricacies of the other’s medium and thus be more prepared for a solo journey down the road.

You nailed it Ethan it comes down to who will be more willing to learn the new trade, and the game directors would excel at that transition compared to their counterparts. The cooperative idea is interesting because it seems like the best game directors stay away from movie based games and stick to original IPs. 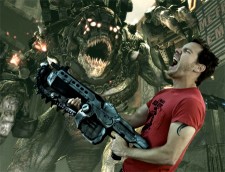 Imagine what Cliffy B. could do in Hollywood.

I kind of just wish they’d get the transitional time out of the way because these first few collaborative efforts are going to be rough.

If Guillermo Del Toro is successful we will definitely be seeing more of this type of collaboration and I’m not sure that’s a good thing. Successful ideas are always copied. I think Alex is right in saying that Del Toro is the best possible candidate to start this trend off as his movies tend to be more in the same vein as video games.

I’d love to see the cooperative idea Ethan is talking about. This would then elevate unknown game directors and give fans something to look forward to when their new video game comes out. Even though films, like video games, we tend to single out the writer and director of films. Wouldn’t it be nice to give some of that credit to video game directors as well?

I think that’s my entire goal with this, is I get excited for game directors to get the notoriety that movie directors receive. It’s this whole perspective that the gaming industry is a step below the movie industry that bothers me. Sure it’s a lot younger than movies, but you can’t argue with the money the blockbuster games make and the people behind those games need to be celebrated and seen. It also paves the path for gaming to be a lot more socially accepted than it currently is and that’s a cause I want to support.

I think we would see better results from a movie director doing video games, but oddly David Cage who wrote and directed Heavy Rain, which was the closest thing to a movie I’d ever played, was a french musician and game designer, not a film director. As much as I want to see things like Halo made into a movie, it would only work if you had a good Hollywood director on the project, and even then, it might not work. I’m really on the fence about this. Although now that I think about it, as much as I can’t stand Michael Bay, he’d be perfect for games. Cheesy dialogue, ass shots of the lead female, and s’plosions. Yup, I think gaming is a better medium for him. 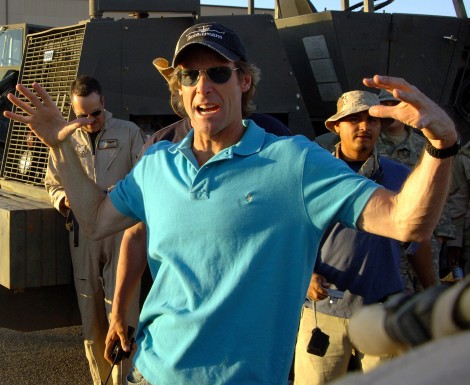 What did games ever do to you Christina? You sound like you’ve given up on them already just as they are just breaking the surface of their possibilities. Wishing Michael Bay on us is an insult.

I know. I’m just tired of seeing the same thing, and I really have to wonder if the answer is going with movie directors. Not that I want to damn the gaming community to several years of Michael Bay, I just think out of all the mediums, that one makes the most sense for him. He will still make crap but it may be some of his best work.

That’s really off subject tho. I think if more movie directors get involved, we may get more games like Heavy Rain, which is fine with me. Games that or heavily driven by story, with simple gameplay. BTW, contrary to my review of that game, the director inteneded that each person play the game only once. Since there are so many different outcomes of the game, it makes it a unique experience for everyone. If you play it trying to figure out all the different paths you can take, the game loses its charm. I really do have to respect that decision. It makes it a little difficult to justify dropping 60 bucks on a game you are only going to play once, but in my opinion its worth it, which says alot about that director.

I won’t argue that I don’t want to see more games like Heavy Rain, as I see it as the start of something great. But I’d definitely want that genre to be the exception in the industry. I get very defensive when game directors are looked down upon from the movie industry as I think the most creative game directors/designers can outthink the best of the movie directors. So suggesting they dump their simpletons, like Bay, on our industry just holds us down even more. 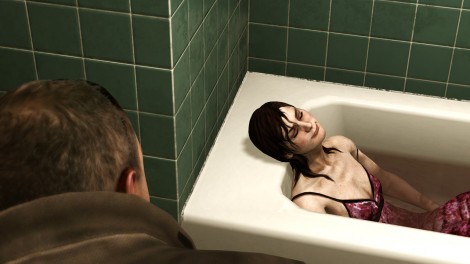 I think we’d all like to see both film directors and game directors make the crossover to the other medium. It will be difficult to be successful without first collaborating with each other before breaking out on your own. Michael Bay, don’t get any ideas.