Meanwhile… we’ve actually been playing games. Each week we recap our recent gaming experiences and tell you what we’re looking forward to, so you can use your time more wisely than we have. Not phased by the game flood of last week, The Cursed continue to see through the games that have gotten them here. 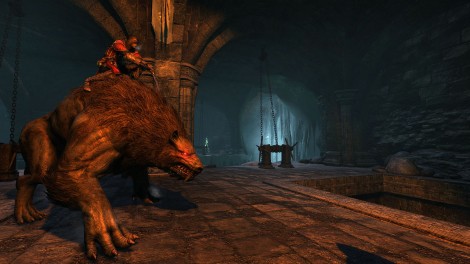 Sweet ride you got there, Gabriel

JDevL
It’s funny, I had a futile fight and ended up picking up all 3 games on my list last week. After playing an intro session with each game, what do I end up playing a majority of the week? Halo: Reach. I can’t complain though, there will always be time to play single player games, so I had to take advantage of a good Cursed gaming session when it showed up. I will continue splitting my time between Halo and Castlevania: Lords of Shadow for the near future. Castlevania looks to be a lengthy adventure that I’d recommend to any Castlevania fan, and I’ll hold off a broader recommendation until I complete a bit more.

Colefacekilla
It’s been all Halo: Reach all the time for me. Last week played a ton of single player and got together with some of the Cursed for some multiplayer. It was a lot of fun and I hope we can get more nights like that together this week and in the future. It looks like Halo is going to be the only thing I’m playing in the near future as I’m wanting to finish the single player this week. Still on Heroic and that’s not going to change, but unlike some of the crazy people on this site I’m probably not going to attempt solo Legendary until a little while down the road.

Found a zombie you missed, Ethan

Wizardtrain187
I am joining the ranks of Mr. Endless in that my gaming has and will be limited this week. I really want to finish Dead Rising 2 as well as test out the new DLC for Left 4 Dead 2 and Killing Floor. A recent update to StarCraft 2 appears to have rebalanced the game a bit, but my motivation to dive back in usually ends soon after I realize I suck at that game. I guess I’m so pumped for New Vegas that its tought to focus on much more so a busier work week isn’t bad.

Jadetiger CG
Still havin fun with Halo: Reach. Reached rank of captain, finished this week’s challenge, and unlocked lots of achievements. I’m really pleased with the online filters. I like quiet, friendly, team work matches and so far I’ve had a much better time playing with people than I did in MW2.

Coopopolopolis
Last week, I decided to do a little achievement whoring so I pulled out Shadow Complex after realizing that I never finished the proving grounds challenges. I also flipped through some of the game demo’s I’ve never played though and gave The Misadventures of P.B. Winterbottom a try. It was actually kind of a fun puzzle game. I liked the style, but i didn’t feel compelled to buy it and I doubt I’ll every play it again. I also for some reason got this huge urge to play Quake 4. I bought it for PC back when it released, but for some reason never played though it. I think that was right around my conversion to console games so it got left behind with Orange Box. Needless to say, I bought Quake 4 used on Amazon for $8, so I’ll be giving that some play time this week. I’m sure graphically i’ll be disappointed with what I’m used to now, but I’m hoping the gameplay is still as fun as I remember. I’ve always loved the Quake games. I’m sure there will also be some Reach thrown into the mix at some point, too. 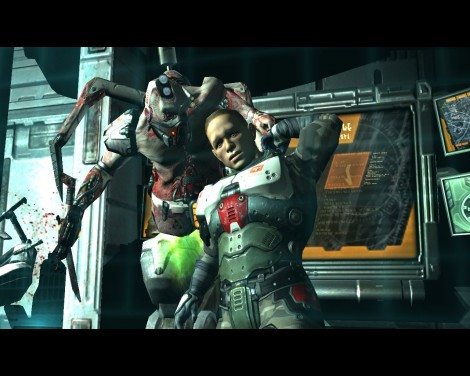 Why are we talking about Quake 4?

streetalchemist
All my gaming time this week is going to be devoted to beating Halo: Reach on heroic (a pretty big accomplishment for a not-as-hardcore gamer like myself). Got through mission 4 over the weekend so I’m slowly making progress. Hoping to have more time to game in a few weeks as work cools down just a little bit and a few other awesomely exciting things will be underway. I guess I’ve been spending too much time decorating my house for Halloween and finally reading The Call of Cthulhu… time well spent nonetheless!

Pixelmixer
AT&T is amazingly slow at setting up their U-verse systems around here so I’ll be waiting a minimum of 3 weeks until I have an internet connect or cable once again. I’m going to try to use that time to catch up on Halo Reach on Legendary and go back and play some of those Wii games that I’ve neglected since I got my Xbox. Various iPhone games like Super Mega Worm, Angry Birds, Field Runners, Plants vs Zombies, The Creeps, and other random games I find will also be taken advantage of for the next few weeks.

EndlessBen
After another almost totally gameless week last week, I’m looking forward to this week being a little less intense personally (I say “almost” because during downtime at my internship, I’ve been spending a decent amount of time screwing around in Minecraft). There’s so much I need to catch up on I can hardly keep track. NBA Jam is calling me, Shank is still unfinished, my roommate is going to get Halo: Reach this week, not to mention the fact that the full version of Angry Birds is out this week for my Android phone. And all with so many releases pending. So many games, I hope I can find time to tackle as many as possible.

4 Comments → Meanwhile… Who Reaches for Quake 4?