The DVD/Blu-ray release of Scott Pilgrim vs The World was recently announced to be November 9 and we couldn’t be more excited. Except of course, if the movie came in this awesome fan-made NES case and cartridge. 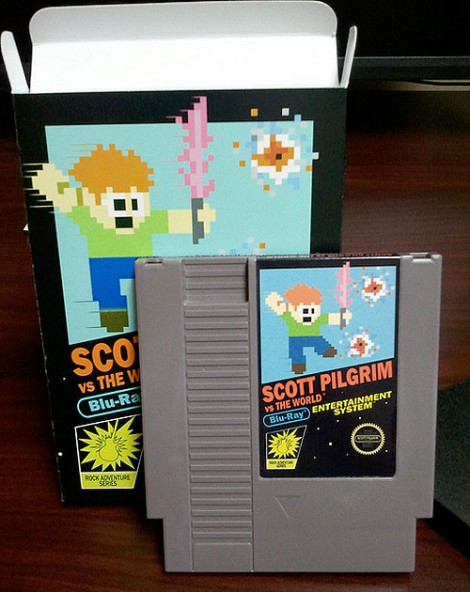 Apparently, an even bigger Scott Pilgrim fan than us, Adam Lowe, made the case and sent photos to the director, Edgar Wright. It doesn’t seem likely that this will ever be an official case, but Adam should take notice to the attention his creation is getting from gamers and Pilgrim fans. I know I’d buy one given the opportunity.