Meanwhile… we’ve actually been playing games. Each week we recap our recent gaming experiences and tell you what we’re looking forward to, so you can use your time more wisely than we have. Be careful out there this week, the fall releases are finally upon us and it is no longer safe to travel with loose cash. 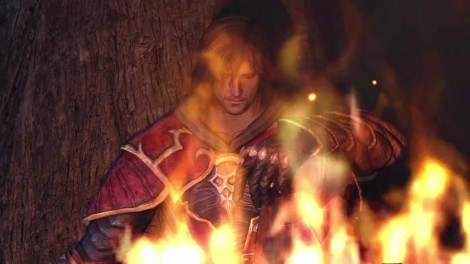 JDevL
Can’t remember the last time I went a week without playing a real game. I did get a chance to play Bit.Trip Beat on the iPhone, which was both not what I expected and just as fun as it’s WiiWare counterpart. This week it won’t be near as light. I’m looking forward to a horrible night with Castlevania: Lords of Shadow after my private rap party dies down from Def Jam Rapstar. Those seem like the most realistic options, but you better believe my wallet will be twitching when it sees Comic Jumper come out on XBLA and Enslaved: Odyssey to the West in stores.

Colefacekilla
It’s going to be a Halo: Reach week for me. I’m a little short on cash after the trip to Indiana so even though I want to buy 3 games this week alone, it’s not going to happen. Needless to say, I”m a little sad. But, I do have Halo: Reach to finish and it looks like there will be some Co-op with Mr. DevL this week, if he can drag himself away from all the other games I’m sure he’ll be getting anyway.

Wizardtrain187
Playing Dead Rising 2 after taking a crash course in computer programming courtesy of the Steam forums and Windows Live support. I was disappointed that the game arrived broken, but as a PC gamer I need to learn to accept that I’ll always need to be PC proficient in order to get most games to work before patches arrive. In terms of the game, it looks and plays very well and the loading times aren’t nearly as bad as those on the other platforms. I am anxiously awaiting Fallout: New Vegas, so my gaming schedule will be pretty set between these two titles.

Jadetiger CG
I managed to beat Halo: Reach‘s Legendary campaign on solo. Really hard, but not impossible. I might actually play around in forge this week. Also, hoping to rank up to captain. 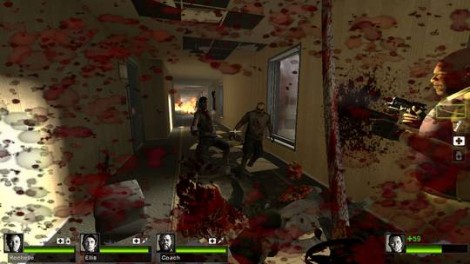 We haven't talked about zombies in a while

Robeque
I’m playing Reach tonight. Gonna work my way through the campaign. Playing solo on Heroic, but if anyone else is on I’ll see if they wanna shoot for Legendary with me. Weds is gonna be a Left 4 Dead 2 night for me on Steam. I picked that up a while back and have barely touched it, but me and some fellas will prolly work our way through a couple of the levels. Aaaaaand…. there will most likely be some Civ V scattered throughout the week as I’m newly addicted to that game.

Blue Awesome
I still don’t have Halo: Reach yet, but thats ok because I don’t know if I’d be able to fit it in between all the iPhone games I’ve been playing lately. Since Angry Birds finally updated to support Game Center, I’ve been plugging away trying to finish the game and score some achievements. I’ve also been playing WordsWorth, StarDunk, Awesome Solitaire, Fruit Ninja, and Super Mega Worm.

Coopopolopolis
Last week it was more Reach. I’m on mission 6 in my solo legendary campaign. I also started the co-cop campaign with Christina on Legendary so that we could get last weeks challenge. We ended up blowing through 3 missions in no time. It wasn’t bad at all with 2 of us. This week will probably be the same. I’ll either play solo or co-op depending on who’s online.

streetalchemist
So I finally beat Professor Layton and The Unwound Future which I’ll get into in my review very soon. Otherwise I’ve been hacking away at Halo: Reach on heroic and that’s about it on the game front this week!

EndlessBen
I hate to keep responding with the same lame answer to the “What are you playing?” question but I’m afraid this week it’s “nothing” once more. Real life is kicking my butt once more this week so it’s looking doubtful that I squeeze in any time for games. Which is tragic because I’m looking forward to playing the NBA Jam remake and maybe trying out Def Jam Rapstar in the privacy of my own home when my roommate is gone and the other people in my building are out too and probably the couple buildings on either side too.