Medal of Honor has already gotten its fair share of press amid controversy and criticism for originally making the Taliban a playable option in the multiplayer component of the game. Negative publicity aside,  the game is diving headfirst into the turbulent sea of Fall releases and its recent beta could determine whether it sinks or swims.

Players of Modern Warfare 2 and Battlefield Bad Company 2 will instantly feel comfortable the first time they jump into a game as Medal of Honor seems to be the lovechild of the two. Unfortunately, it appears that those titles recessive genes rose to the surface and what was born is a game that lacks the scope of BC2 and the ferocity of MW2.

There’s no doubt that the game looks and plays well. The graphics are crisp and the animations are smooth. There’s a lot going on at any given time and the game chugs right along with very little frame rate stuttering. The player models seem a bit plain and don’t come close to what the 2 top dogs have to offer, but they work. 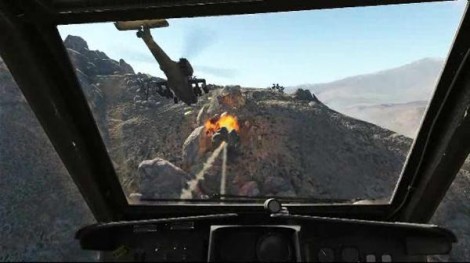 Too bad this wasn't featured in the beta

The sound design appears to be pulled straight from the battlefield as bullets whip past and empty cartridges click after the last round is fired. I was equally impressed with the weapon sounds and imagine a lot of time was put into making them as accurate as possible.

The environment offered in the beta was a snowy mountain pass, whose rugged terrain and open spaces made it difficult to run and gun. Snipers clearly had the advantage as a plethora of crevices sat just out of site. This unfortunately led to everyone playing as snipers and my first few moments were spent getting sniped and dying about ten times. I finally got the hang of the game and became a bit more productive, even setting a bomb on one of the mission objectives and leading my team to victory. I received commendations and experience for my actions, which translated to my level progression in each of the three classes (rifleman, special forces, sniper…pretty standard fare). The game will have unlock-ables and features streak rewards such as mortars and air strikes. Did I mention that this game is the product of a steamy hump session between…nevermind.

I literally only played the game for about an hour. To be honest, it got pretty boring. I couldn’t help but feel as if someone was trying to convince me to buy something I already owned. The thing is, graphics and sound are only the icing to a cake that seems straight from a Betty Crocker Box. The multiplayer modes were standard issue (death match, zone control and objective based) and the class system seemed like a dumbed down version of BC2. While I don’t doubt that a lot of heart and soul was put into the title, I don’t believe that the multiplayer alone is going to convince anyone who already has the two aforementioned titles to spend 60.00. 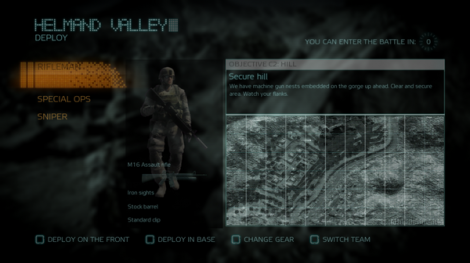 Judging a game strictly by its beta isn’t entirely fair, but my impressions point me in a direction that I suspected from the very beginning. If you’re a super fan of modern day shooters, then by all means plan on picking it up, just don’t be surprised if you feel like you’ve played it before. Unless the single player is out of this world and the full game offers a much deeper multiplayer experience, I feel that Medal of Honor is going to fizzle out just in time for Call of Duty: Black Ops to crush its remaining embers underneath its boot. Medal of Honor seems to be a hand me down pair of shoes, save your cash.