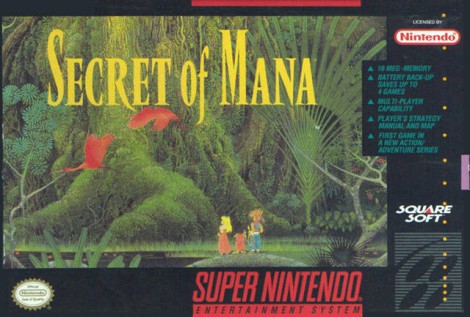 It’s no secret to everyone who listens to the podcasts, that I have an unhealthy relationship with a game that has been available for public consumption for almost 17 years. The Secret of Mana is unquestionably in the shortlist for my favorite games of all time. In fact, I owned the cartridge years after I sold my Super Nintendo, not willing to give up my favorite game on that system. Until I sold it to Pwrglove for a scant $15, I thought I was going to keep it forever. I told you it was an unhealthy relationship. In my recent play through, some cracks began to show in that relationship and I became annoyed at some of the things the game did. People always talk about remaking Final Fantasy VII, but Square Enix needs to take a further step back in their catalog and recreate the magic that is Secret of Mana.

Fight The Same, Change the Tune

For those of you who don’t know, Secret of Mana is an action-RPG more similar to The Legend Of Zelda series than Square Enix’s flagship Final Fantasy games. Basically, it’s a hack-n-slash dungeon crawler but I would be remiss to dismiss this game as such. With many more modern games still using the same gameplay mechanics, there is not much I would change in that department. The fighting is as responsive as a button press with a built in cool down to not allow your character to strike each time with 100% strength. The one thing I would change is the way your character does powerful strikes. Instead of just holding down the attack button to charge the special attack, I’d like to see you have to enter some kind of button press combination like you would if trying to throw a Hadouken in a Street Fighter game. That way the battle would be a little more risky and make you really consider the timing and range you need in order to pull of such a move. 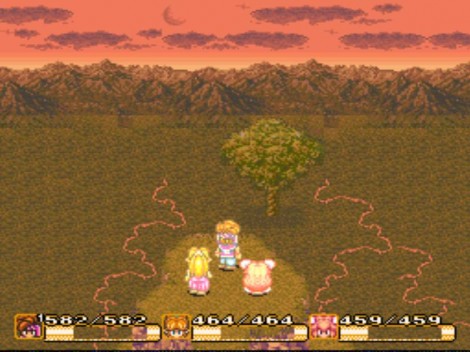 Orchestral music can give you chills in the right moments. Like this one.

One thing I was bothered by in my recent play through was the music. It was a bit too repetitive and annoying in some places. Now, I know that one of the best things about Secret of Mana and what made it a classic was the soundtrack. However, after playing more modern games, I’d like a much more modern sounding soundtrack. Imagine how a beloved chiptune soundtrack such as Secret of Mana‘s would sound performed by a full orchestra. I’m not into game soundtracks, but that would be something I’d be interested in buying separate from the game itself. I know there are such soundtracks in existence but an updated version with a new game would be a lot more interesting to me.

Now With Even More Graphics

Another thing that should be updated in every remake is the graphics. In modern video games, we often see lush, beautiful 3D backgrounds with well detailed characters populating those worlds. Secret of Mana does not need to be in 3D and in fact, I would consider that a major disappointment if Square Enix decided to go that route. I would want a 2D art style reminiscent of Braid or the upcoming Bastion. I think that style would really work for a game like Secret of Mana. I know Square Enix has tried this art style on more recent Mana games especially in Legend of Mana. 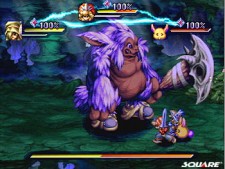 The art style is great, the game is not.

That style works, but I’d like to see it put to use in a good game, rather than a mediocre attempt.

That’s the thing with the Mana series. There has only been two really good games: Secret of Mana and Seiken Densetsu 3. Secret of Mana is called Seiken Densetsu 2 and it’s sequel was never released in the U.S. I’ve only played a little bit of it due to the hard work of translators who made the game playable in English on emulators. The world is due for another great Mana game, yet it seems like Square Enix is content with just pumping out mediocre Mana titles. I’ve played every single one, hoping that I’ll find another gem like Secret of Mana but I come away disappointed each time.

If Square Enix took their time and made a remake of one of the greatest games they ever created, I’d be the first in line to purchase a copy. Hell, make a special edition of it and it would be the first of those I’d buy as well. There is a market in America for this game and I’d love to see it be remade.

5 Comments → Remake It So: Secret of Mana