Meanwhile… we’ve actually been playing games. Each week we recap our recent gaming experiences and tell you what we’re looking forward to, so you can use your time more wisely than we have. The Horrible Night Out and Cole’s trip to Indy seemed to be a success filled with lots gaming goodness. This week we welcome streetalchemist to The Cursed and continue to struggle to pull ourselves away from Reach. 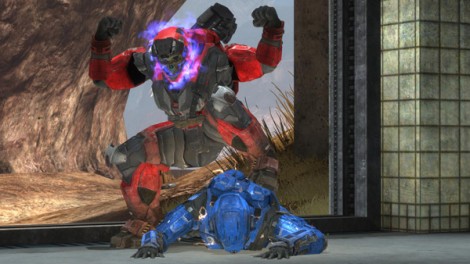 At least you are face down

JDevL
I’m still getting used to the fact that my gaming focused has narrowed. Looking at October, that will soon change, but for right now if it isn’t Halo: Reach or Civilization V, then it doesn’t matter to me. Every day I get to play Halo, I’m surprised at how much fun I’m having even though it’s essentially the same game I was playing 5 years ago. However, the subtle amounts of depth, customization, varied game modes, on top of a renewed interest in the game from my inner gaming cirlce has made for a lot of great moments so far and it doesn’t seem to be slowing down.

When it does slow down and I finally turn off my 360 to pass out, I haven’t had much luck. Late night checking of emails from bed has turned into 2+ hour play sessions of the infinitely addictive Civilization V. Just one more turn indeed. As a casual Civ player I can say the play experience is a lot less intimidating than before, but I still have yet to be successful in any other play style than trying to destroy my opponents through military force.

The Horrible Night Out on Friday was a lot of fun and I still contend the only newer arcade game worth playing at Dave and Buster’s is Blazing Angels. I dunno what it is about that WWII dogfighting game, but I shell out a lot of money on it. I also enjoyed the fact that we played Rock Band 2 until 3am capped off by Colefacekilla’s Snoop Dogg performance (video soon).

I think he sees cake

Colefacekilla
It seems like forever since I’ve been in one place long enough to do anything with video games and/or the internet, but I did get a chance to see a few games this past week. By see, I mean watch other people play games, though I did play a couple myself. I had a great time this past weekend. I got to meet the rest of the Horrible Nighters and play some arcade games with them during our Horrible Night Out at Dave & Buster’s. Here’s the list of games I played: House of the Dead 2, House of the Dead 4, Star Wars Trilogy Arcade, Aliens: Extermination, Madden Season 2, Rock Band 2, and DJ Hero. The games I watched other people play include: ‘Splosion Man, Halo: Reach, DeathSpank, Shank, and Flock!. Needless to say, it was a two day video game extravaganza. It was nice.

I think I wrote an article on not finishing games because it’s hard to say goodbye to them, and I’ve got three in the rotation that are going to be put aside for some Halo: Reach. After watching JDevL playing it this weekend, I can’t wait to get into it. I need some competitive multiplayer in my life since I got rid of Modern Warfare 2 a month ago. Plus, I haven’t played a Halo game since Halo 2 so it will all be fresh to me as I get my ass handed to me match after match. It’s going to be a great week.

Wizardtrain187
Last week was pretty busy for me, but I took the opportunity to play a couple demos, including the Vanquish demo I covered Friday. My brain is locked on everything zombie though and I anticipate the coming days will be filled with Dead Rising 2. Friday night’s Horrible Night Out rekindled some fondness for light gun games, including Time Crisis and House of the Dead so I may see what the Wii has to offer in terms of that genre.

Jadetiger CG
Another fun filled week of Halo: Reach, I’m guessing. Don’t really have too much else to play right now.

My archer's never stood a chance.

Robeque
I played a little bit of Halo: Reach and have been diggin that so far. It’s been like 3+ years since I’ve really even touched a Halo game. I tried a little Halo 3: ODST, but wasn’t that into it. Reach is kind of bringing me back to that loving feeling I used to have for Halo, but I’m not sure I’ll ever really get as into it as I used to be. I also made the mistake of trying a Civ game with Civ V. Good lord that game is a time sink. I wasted nearly all my free time this weekend playing just a few more turns. It’s a great game though. I’m looking forward to wasting a lot more time with it. Those two games are the only ones I will likely be playing for a little while. My queue is so jacked… I don’t even wanna think about any new games for a long time.

Pixelmixer
I didn’t have much time to play last week, but I was able to get a couple of Halo:Reach sessions in with some Horrible Night folks. That was a lot of fun, but as soon as I tried to play again without friends I got a bit discouraged and jumped back to playing solo on Modern Warfare 2. As much of a Halo fanatic as I used to be, I can’t help but feel myself migrating back to the modern warfare titles after giving Halo a shot. Chances are I will do much the same this week as well after trying to give Halo a bit more playtime for a while before going back to MW2. 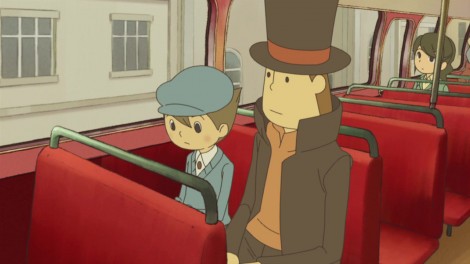 Even Professor Layton would rather be playing Reach.

streetalchemist
Last week I mainly focused on progressing in Professor Layton and the Unwound Future. I’m always amazed at how in depth those games are. I’m nearing the end but only after 15 hours of mind-bending puzzle solving thus far (expect a full write-up/review later).

I had stopped playing Lara Croft and the Guardian of Light fairly early in, wanting to wait until I had someone to play it with, and then dove in over the weekend with my brother-in-law. The co-op play in that game is phenomenal. The game in general reminds me of playing the old Gauntlet: Legends games but with real teamwork being involved.

Finally picked up Halo: Reach yesterday and started playing before work today. Really enjoying it so far and can’t wait to play through the rest of the solo campaign. Normally I’m a Halo story player more than multiplayer, but with the addition of the armor customization and leveling, I just may have to give the world of juvenile teabaggers another shot!

Coopopolopolis
Last week I made progress in my feat for legendary solo success in Halo: Reach. I will continue this journey for probably many weeks to come.

EndlessBen
Life has defintely been getting in the way of gaming recently and that unfortunate trend looks to continue for a bit. Like last week, I’m going to try to sneak in a couple hours of probably some Mass Effect 2 or whatever my roommate happens to have from GameFly this week but that’s probably about it.