Meanwhile… we’ve actually been playing games. Each week we recap our recent gaming experiences and tell you what we’re looking forward to, so you can use your time more wisely than we have. It’s been a while since a game last took over the entire Cursed crew here at HorribleNight.com, but if you need us we’ll be online laughing hysterically as we assassinate you in Halo: Reach. 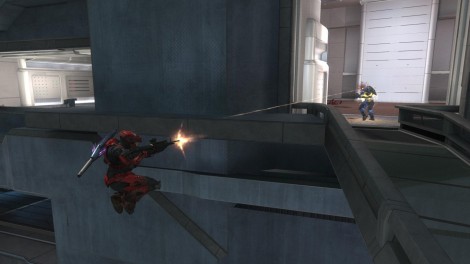 JDevL
I’m shocked by just how absorbed I am in Halo: Reach. It’s hitting me hard to avoid matchmaking in the arena when I have to work to do. I also keep going back to the campaign to do daily challenges and get any random achievements I have left while waiting for a group of us to start making our way through the Legendary Co-op campaign. I love it, I’m hooked. I will also give some attention to Civilization V which comes out this week on PC. The problem is both of those games are fun time sinks, and I don’t know who will win out. But the loser will be my sleep schedule. I may also grab the “It’s out already?” sequel to DeathSpank, DeathSpank: Thongs of Virtue on XBLA this week with no idea of when I’ll actually play it. Sorry Ezio, I’ll be back soon.

Colefacekilla
I will be playing a bunch of different games later this week at Dave and Buster’s. I’m also looking forward to winning the eventual NFL Blitz tournament and singing horribly with or without liquid courage during a Rock Band session.

Wizardtrain187
I finally got around to setting up a network bridge between my computer and Xbox and reintroduced myself to Xbox Live. My main task was downloading Dead Rising 2: Case Zero which I did and then went about combing over ever piece of that DLC. I got all the achivements except one (didn’t feel like raising 100,000), which was the first time I’d aimed to do that in awhile. I’ll more than likely get the PC version due to the 20.00 savings and am very excited for next Tuesday.

Still plugging away at StarCraft 2 multiplayer and am beginning to win every once in awhile. I love games, but realize i’d have to quit my job and stop sleeping to catch up with some of the players I run into. Just Cause 2 continues to beckon to me, but I just can’t find the time to sit down with it and not go after every little item in it. That game is going to be my achievement quest, but will have to wait till I’m through with Dead Rising 2 and Fallout: New Vegas. 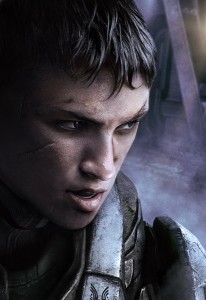 JadetigerCG
I found that Halo: Reach was much better than I expected, but the campaign was really lacking. The addition of several under developed characters was a distraction from a story that seemed equally under developed. You get more of a feel for the personalities of the characters in Gears of War, even though they were, for the most part, racial cliches. Reach’s characters were, with the exception of Jorge, indistiguishable. Especially the leader, who’s name I can’t even remember, or that other guy, or the one with the face thing. I know, roughly, the story of reach which took away a lot of the mystery for me. Having said that, I love the multiplayer and I love co-op campaign. The daily and weekly challenges were a brilliantly evil way to keep addicts like myself online daily and/or weekly. Classes are excellent and almost necessay additions. Not to keen about the medpacks returning but it will do. The armor system is much cooler and time consuming now, and its awesome that your character updates in the campaign. And amen for female spartans! Reach is probably all I’ll be playing for the next couple weeks.

Coopopolopolis
I’ll be diving back into Halo this week with a little Reach action. I haven’t touched any Halo game in a long time so i’m hoping to enjoy it and hopefully not get too hooked on the multi-player. We’ll see how it goes. I might also try to level up my Castlevania: Harmony of Despair character a little. I beat Dracula and unlocked some more powerful weapons as well as hard mode which is….. hard. 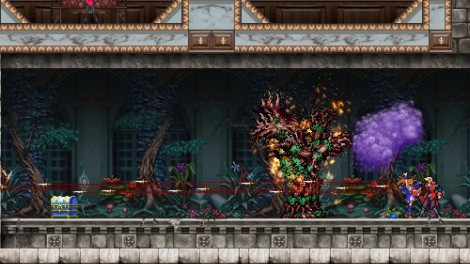 The Coops are dedicated

jmgist
Like the rest of my friends list, I am currently spending some quality time with Halo: Reach. The campaign has been extremely rewarding thus far, sporting what I think is the tightest narrative of any of the Halo games thus far. I was drawn like a moth to Reach’s time-honored, action movie staple of “grizzled team of elite operatives with various accents.” While Jorge isn’t quite up on the same level as my favorite minigun-toting meathead (a certain Sexual Tyrannosaurus that ain’t got time to bleed), he and the rest of Noble Team are proving to be a welcome addition to the Halo mythos. The additions of OMG JET PAX and the jaw-droppingly gorgeous space combat also warrant high marks.

I doubt I will participate too much in what I assume to be a deep and addictive multiplayer component, mostly because I kinda suck at Halo. I traded in Halo 3 once it became painfully clear that I lacked the time, inclination, and mad skillz to become anything more than quasi-competent cannon fodder. Firefight mode does seem cool, though, so I’m looking forward to dipping my toes into that with a few other similary-handicapped Haloers.

EndlessBen
I will again be counting my gaming (and free) time seemingly in minutes this week so I don’t expect to have a lot of time for games. Still working my way through some Mass Effect 2 DLC here and there and finding all sorts of new flash games to play while I am at work for hours and hours and hours. That’s been about the extent of my gaming life for the last few weeks and this one looks to be no different. Rock ‘n’ roll is a harsh mistress, I suppose.