Sometimes we need to talk about the companies that make the video games we love to play and this week’s REPLY TO ALL does just that. However, we aren’t talking about our favorite studios and production teams, we are asking ourselves: “What makes a video game company evil?”

When you mention evil game company there are only two that come to mind for me: Electronic Arts and Activision. A few short years ago, everyone was decrying EA for what was perceived as evil practices. It crushed small studios buy buying up their intellectual properties and forcing them to release substandard games to try to make back their money. This led to the eventual closing of some of the studios and most famously, in my opinion, Westwood Studios. Today a lot of that has changed and the new evil empire in town is Activision. What they did to Infinity Ward and it’s founders is completely unnecessary. Having guards posted at the doors so its founders couldn’t come back in after you fired them and not letting anyone know what was going on is irresponsible in the least.

Another thing that makes Activision evil is their practice of running once proud franchises dead into the ground just to make as much money as they can. 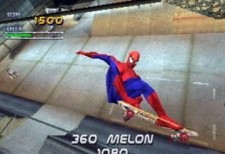 The best Tony Hawk had Spidey.

I used to love the Tony Hawk series, but when it became annual it got stale. Not unlike Guitar Hero has. The Call of Duty series is in a danger zone, especially after losing the best developers of the franchise. What do you guys make of Activision and EA?

I think you hit the “Evil Game Company” persona on the head there. Crushing small studios, demolishing entire game franchises, and backstabbing the most successful developers is a pretty good representation of what makes a game company, or for that matter any company, evil. The part that hurts us gamers the most is demolishing our favorite franchises. Image what might have happened if the Mario Brothers franchise were owned by Activision or EA. One recent, and arguably evil or not, company that comes to mind for me is Zynga. Back in the early days of Flash games all of the developers were up in arms against the likes of Newgrounds and other similar game portal sites. Many of those sites would claim games as their own creation and never credit the original author – in many of those cases they wouldn’t even bother notifying them that they “borrowed” the game. What that kind of practice tells me is that there are evil companies at all levels of success.

I’m just trying to think if I noticed anyone before EA jumped in front of the pack with their whoring of horrible movie-licensed games. Charging a premium for half-assed games is my major pet peeve when it comes to game companies. It’s one thing to get lucky with a simple idea that makes a ton of money, but it’s another to continue to milk it until well after it has dried up.

Sony can't figure out what it wants to do.

The other trait that irks me is when a company gets lazy when they are on the top. Nintendo has had it before, and is doing it again. Sony got lazy in-between the PS2 and with the launch of the PS3. Which has turned me into an Xbox fan in recent years, because they have arguably been the most innovative and gamer friendly with their console and marketing approach. It’s what I connect with the most at this point. For some reason, when a company earns customers and fans, they just assume we will always be there. I think gamers want to be loyal, but we will rebel when we are taken advantage of.

I am going to be a huge devil’s advocate here. First, because video games aren’t a necessity for human life, I find it difficult to name a studio that I think incorporates practices similar to those of Wal-Mart, oil companies, etc.Secondly,I think a distinction needs to be drawn between a company looking to profit and a company being “evil”. As annoying as those lazy games can be, sometimes studios need to create the licensed crap/sequels to generate the revenue they need in order to have proper funding for other projects. In my opinion, evil is too strong a word to describe a crappy game producer. The reason that companies like EA and Activision have poor reputations is because they are efficient businessmen, whether we like it or not. Tony Hawk games still made money up until the point that their projected ability for profit was too low. To stop at the peak of your success is a romantic prospect, but not something that lines up with American capitalism. People thought Jerry Seinfeld was a hero for pulling the plug before his momentum stalled, but ask Michael Richards or Julie Lois Dreyfus and you might hear a much different side of the story. 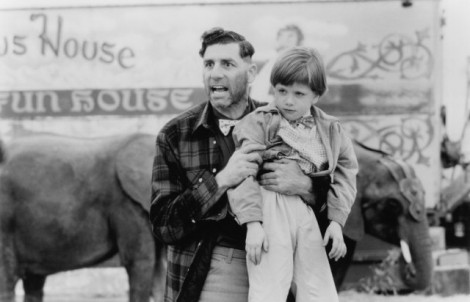 Look a giraffe. Look a fist.

In this economy, its tough to find work and there are probably dozens of examples of studios taking advantage of their employees. However, I’ve yet to determine whether this is because of bad business practices or the way the game creation process has always been. Reading about the 12 hour a day, six days a week workload of Rockstar employees made me cringe but perhaps thats what they signed on for (I’m really not sure). I have worked 80+ hour weeks in my job without any sort of overtime because I’m salaried. There are times I’ve been upset about this, but thats the nature of social work and something I signed on for. Reacting to a couple disgruntled employees takes away from the possibility of the other side of the story.

If anyone is fueling the evil behind the gaming industry, its the gamers themselves.Gamers as a whole talk about how they love unique games and hate unoriginal titles but continue to avoid unique games (Psychonauts is a great example) and purchase “unoriginal titles” (Modern Warfare, sports games,etc). Add in rampant piracy and you see why studios may appear to be evil; they are selling their merchandise to an “evil” demographic.

I don’t see how you can mention Wal-Mart and not compare them to a video game company. Wal-Mart is not a necessity to human life any more than a video game is. They do the same things that a giant company like Activision does. They enter a town that had previously subsisted on the Mom and Pop stores (Independant game studios) and destroy whatever business those Mom and Pop’s had by lowering the prices of goods that people buy (purchasing studios and ruining their once proud franchises). Also, I see your point about Michael Richards but Julia Louis Dreyfus is an heiress to a multi-billionaire so I think she’s going to be just fine. 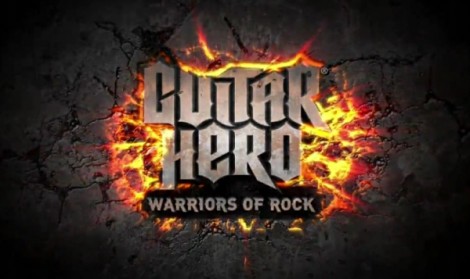 One of the many examples of Activision's evilness.

I will have to agree with you on the fact that gamers are the ones fueling this madness. Activision would stop making Guitar Hero games if they weren’t making any money on them. And they aren’t making those games for any of us or any other hardcore gamers. While we tire of the same games every year and vocalize our displeasure, we are a very small minority when it comes to game buying as a whole. No doubt our group is getting larger by the day, but there will always be people who will buy those type of games every year, no matter how derivative the sequels can get.

Touching on something that Justin said, I’m wondering what the future of Nintendo will be. Granted the Wii was a huge, success and that’s an understatement. I hope Nintendo does not rest on its laurels here like they have in the past. The gamers they groomed with the NES and SNES grew up and moved on to Sony and Microsoft consoles because they offer games that are more adult oriented. All the kids who own a Wii now are going to grow up and want to play the games not offered on Nintendo’s console, so I can see history repeating it self. If Nintendo can’t capitalize on the base they’ve built over the past few years, they are doing something wrong

Gamers are fickle. We are also loud. That is your audience game companies. Adjust accordingly. Sure we drive companies to have certain ways of conducting business, but we should still be able to dish out the ridiculous labels. I feel the same way about the rest of the entertainment industry, and even if it is inevitable, I don’t want to see the game industry go down their paths. I want a balance or dependable releases, indie releases, AAA titles, and surprises. No matter what it takes. It’s also not my job to figure out how to make that happen. 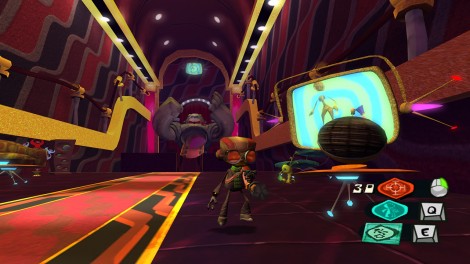 That’s why I get so heated on this debate. The game industry is still young, and precedents are still being set. Companies like Activision, business practices like the Rockstar work hours, and the lazyness of Nintendo worry me. I want the creativity to stay as long as possible in this industry and want to support the good guys working towards that future no matter how economically poor some of their decisions are. I want them to find a way.

I think the most important thing we can do as gamers is fully embrace how we impact the market. We’re a pretty unrealistic generation but one that when focused can make changes happen. I get your Wal-Mart comparison now and can use it to point out that while Wal-Mart is prevelant around our country, there are still places that fought against it and won. If we don’t like what Activision or Nintendo is doing, we need to stop buying their products and support the studios that share our mentality. The problem is, those big studios offer something that most think they can’t “live’ without. Again, we want a change but aren’t willing to sacrafice for it.

Will Bastion be the next great indie game?

I am concerned about the precedent set not just by the big studios but the independents as well. What killed independent movies was the label “independent”, a cool by association curse that blinded people to the abysmal quality of films that thought they’d slide because of budget restrictions.

Future “indie” studios may have to work harder, but their focus should be on breaking out of that label’s stereotype as opposed to embracing it. There’s been some great indie games  out as of late, but expectations should continue to rise in order for creativity to stay alive.

Many hardcore gamers have a reason to be loud and vocal about what games they want to see more. Even though their voice is the loudest, it doesn’t always translate into games they want to see. It’s the money that talks to the EAs and Activisions of the world. While Activision might take the brunt of our hatred now, we don’t want to see other successful companies get lazy like Sony did transitioning into the Playstation 3 era. Nintendo and Microsoft: we’re looking at you.