Meanwhile… we’ve actually been playing games. Each week we recap our recent gaming experiences and tell you what we’re looking forward to, so you can use your time more wisely than we have. Reach is on all of our Xboxer’s minds as Bungie says farewell to its iconic franchise as it is released this week, while Ethan plays in his garden waiting for PC titles to come out. 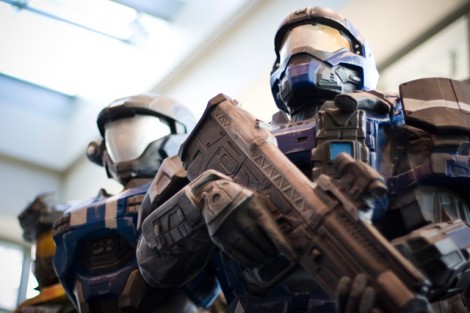 JDevL
I could not resist the Plants vs Zombies on XBLA last week. Sometimes you just need a game on 3 platforms. Damn you for being so good and so affordable. Still making progress in Assassin’s Creed 2 where I achieved Altair’s armor. I’m only a few assassinations away from the end, but I still have a lot of feathers to track down first. I have a feeling progress will cease in all other games for a week though, as my attention will be focused solely on Halo: Reach. Looking forward to trying out 4 player co-op for the campaign, but also the single player leaderboard system threatens to keep me coming back to stay on top. This is of course, assuming the game plays as well as expected. I have faith in Bungie though.

Colefacekilla
No time for games Dr. Jones. I expect to be playing a lot of Angry Birds on my flight to Indiana and playing this other game called reading/sleeping. You should try it out sometime. I don’t know what it is about flights that makes me so sleepy when I try to read but I can never do it for long periods of time without looking like a fool when my head starts nodding. I did download Dead Rising: Case Zero but have yet to really get into it. I’ll be digging into that when I get back. I also am getting excited for a Halo game, for the first time ever, so I might be picking up Reach.

Wizardtrain187
After watching Resident Evil Afterlife this weekend, I had the urge to stand up to an overwhelming force of the undead so I played a bit of Killing Floor, which matches up game play to movie wise a bit better than other RE titles. I had a great time and died quite a bit. I’ve continued playing Plants vs Zombies and have gotten pretty addicted to maintaining my Zen garden. Its beginning to grow in size, but is nowhere near the level that I’ve seen others develop. Why a guy that loves blood and gore finds this appealing is beyond me, but may be a consideration for future research. I am just really pumped for Dead Rising 2 and Fallout: New Vegas, so its kind of hard getting into games knowing they’ll be by the wayside as soon as those games come out. 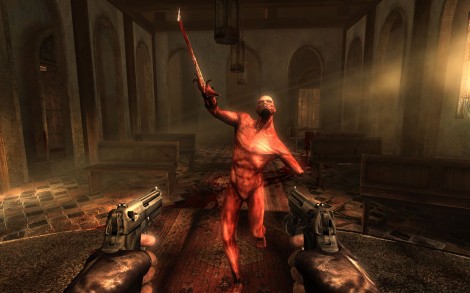 At least you have two guns

Jadetiger CG
I played many hours of Fallout 3 to get my character’s level and wallet up to a point where I could survive better. I’m still bored to tears with it but I want to get my money’s worth. That’s pretty much it. I’m excited for Halo today or Wednesday actually since my Gamestop isn’t doing a midnight release. Boo.

Pixelmixer
I’ll be taking on Halo: Reach this week. Probably won’t have much time for any other console games. I was tempted to buy Plants Vs. Zombies, but that will have to take a backseat for a while. Meanwhile, on my new iPhone 4 with GameCenter, I’ve been going back to some old tower defense games like Fieldrunners, and another called The Creeps!.

BlueAwesome
I hope to be playing Halo: Reach this week, but I’m not sure if I’ll get to it yet. The other day I finally downloaded BioShock and I’ve been playing the hell out of that. I know I’m really late to the party, but that is a great game. Between finishing that, Scott Pilgrim, and Shank, I don’t know if I’ll have time for Halo yet.

Coopopolopolis
I’ll be giving Halo: Reach a shot. Time to see if pre-ordering it 2 years ago was worth it.