I’m sitting in my dingy apartment, the faux wood paneling glistening with the light of my television screen. It’s 3:00 am but the caffeine coursing through my veins keeps me alert,fresh and uncomfortably anxious. The first cup of coffee was for studying, the next five helped me fight demonic forces.

My GameCube buzzes as I make my way through ancient ruins, castles and an old house with a horrifying secret. Each hour or so my in game persona changes as I’m continuously hurled through the past and the future. I’m hooked, strung along by the possibilities of a one on one battle royal against something so powerful it spans the course of centuries.

In-game I combat strange creatures, puzzles and an insanity meter that causes on screen distortions that begin to flow off screen as the stimulant wears off and my body pleads for sleep. A message suddenly pops up stating that I’ve lost my save data and I almost toss my controller. I quickly realize the game has found new ways to screw with my mind. I also realize my mind has become fragile, the game is winning. 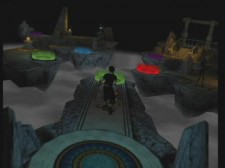 I was just in a temple, this can't be real

I press on but I’m officially past my limit. My stomach is slowly filling with acid and small jolts of pain make me suspect an ulcer. I have to pee, but feel compelled to hold it, worried the game will find new ways to drive me crazy.

I’ve found a new weapon, now a new spell and that wall just opened up to reveal a secret passage way. I’m nearing the culmination of a physically taxing play-through but my bladder doesn’t care. I know that the moment I take my eyes off screen I’m done but I’m not sure I’m willing to urinate my pants. A diaper would come in handy, a thought that would never cross my mind if my mind was still intact.

I push on, the end boss approaches and my body screams at me. The ramifications of this kind of abuse are unknown but I don’t care. I’m focused and the creep that’s been causing havoc is standing across from me. I prime my magical sword, activate a defensive spell and step up. I’m about to save the world, all I need is just 5 more minutes. 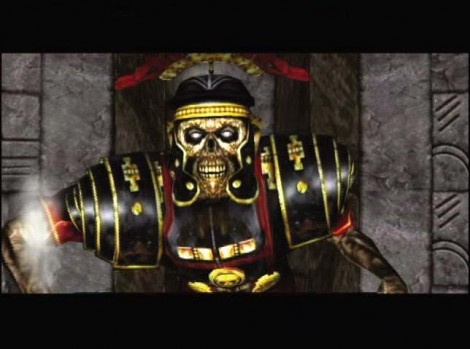 I'm ready for my close up Mr. Deville