Do you ever find yourself on the second or third story of a building and want to get down as soon as you can? I know I do, but going down levels is never something that is done quickly, unless of course you jump out of a window. I don’t condone that type of method. It’s dangerous. The only real options one has when traversing down to the ground level is by stair, escalator, or elevator. That is until I was playing Contra the other day and learned valuable lessons that could change lives.

The Lessons of Contra 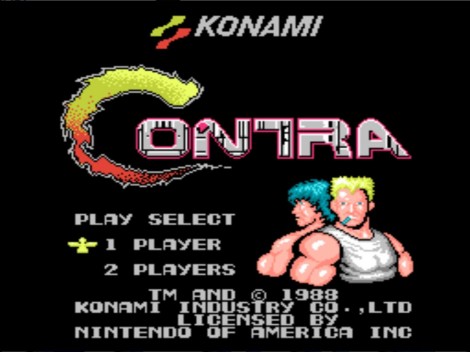 Bill and Lance are the original bad dudes.

Are You Ready for some Football?

I learned something today. I will never be allowed to go to any football game in person. It’s true, I was banned. All because I brought a gun with me. “Why would I bring a gun to a football game,” you ask? I wanted a new gun. You see during football games, football like objects are punted into the air. If I’ve learned anything in my 28 years on this Earth, I’ve learned that weapon power-ups are contained within footballs. Nonetheless, I should have waited for the next punt. All I got was that lousy swirly F gun. Thanks Contra.

Gotta Get Up and Get down.

I learned something today. I live on the second floor of an apartment complex. To get downstairs to my car, I usually have to walk through my front door, down a hall and then finally down the stairs. 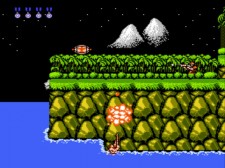 Now I’ve learned to just go out to my balcony, kneel down while pulling out my phone and hitting the letter B on the touchscreen. I immediately phase through the concrete and just like that I’m on the ground floor. Just imagine what I could do if I lived in a high rise, no more stairs or elevators for me. Thanks Contra.

I learned something today. I was driving along and found myself come upon some construction. They had closed the road ahead of me with those dead end fences, you know the type. Since I’m always packing and had just gotten kicked out of that football game I mentioned earlier, I began to shoot my gun with the Fire upgrade. I hit the flashing light first, when the barricade didn’t come crumbling down after that I aimed my weapon at the actual barricade with the orange reflectors. That did the trick. Now, I know how to get through any construction with no problems. Thanks Contra.

People might think you couldn’t learn from such an unrealistic game such as Contra. Those people would be wrong. I can now break through traffic, and get weapon power-ups from footballs. How cool is that. I can also travel quickly from a high level to a lower one. To para a phrase I can now “Get on Your Level.” Thanks, video games.