This week’s REPLY TO ALL dives deep into the realm of what we like when we encounter a boss. Is it the scope and scale of the fight? What if the boss changes forms two or three times? Without further ado: What makes a boss?

That is such a difficult question because I think it depends on what game you’re playing. A good boss fight in a Zelda game will have a certain weakness that you need to exploit. On the other hand, those aren’t really good boss fights because of that same reason. I want something difficult, yet not impossible. They have to be challenging or that could really dampen whether or not I enjoy the game. If i’m breezing through every boss fight, while feeling like a badass, the game is too easy. There’s a fine line between the difficulty of a game and the enjoyment I get out of it. A great example of a boss fight that I really enjoyed was the last boss in Uncharted 2. You couldn’t stand around, finding that one place you couldn’t get hit, and kill Zoran. Drake had to be on the move at all times. Boss fights need to have strategy to win, because, hell, they’re boss fights. They are supposed to be harder than regular enemies. Also, rockets should be involved. 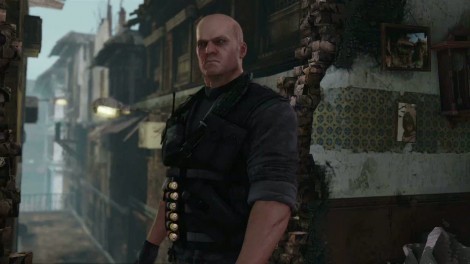 We can all agree that he's a bad dude.

See right off the bat I disagree, I thought the Zoran fight was the weakest part of Uncharted 2. I’ve been really frustrated with boss fights in their transition to 3D. I think the Zelda series has a pretty solid blueprint for what a good boss fight should entail. The boss needs to be intimidating, seem insurmountable at first glance, and require some test skill from the game to overcome them. Where Zelda starts to fall in recent games is that it holds your hand too much. They beat you over the head with the fact you need to use a recently aquired skill in order to defeat the boss, and when you do, it’s cake. Combine a few of the skills, but still make it challenging and that will elevate these boss fights even further. 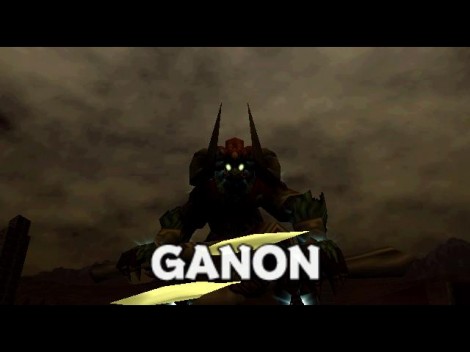 No Dorf to teach us how to golf here.

One other aspect that I really like about Zelda, was in Ocarina of Time where you fought Ganondorf multiple times throughout the game. The final boss needs to be a constant and elevating threat, rather than just some huge screen filling creature at the end of the game that takes every last piece of ammo you have to kill.

I think Gears of War 2 had one of the coolest boss fights. You’re underground floating on a raft in the middle of a lake and an enormous sea monster attacks you. This thing looked way more bad ass than the Kraken in Pirates of the Carribean. A lot of the reason why I liked the fight was the staging of it. The cave you are in is huge and creepy, stalactites and fog way in the background, and there’s no chance of jumping in and swimming for it. Most boss fights are in a small closed room so this was a nice visual change even though your character had no where to run. Boss fights always need to have different stages. This one (Warning: SPOILERS) started off with the tentacles wapping around and dragging the raft under water giving you a few seconds to saw them off. Then this massive creature brings its head up out of the water. I loved this segment because the animators did a superb job making it feel really massive and powerful. After you blind it you have to run into its mouth to kill it from the inside. Everything is wet, fleshy, and gross making it a really epic boss fight and my favorite part of the whole game. So I guess to sum up, its the staging that does it for me.

Staging is very important, and I did like the epic feel of the Gears 2 fight. However, I hate the fact that it was just a mindless spray of bullets to bring him down. Sure he had weak points, but all you were really doing was shooting as much as possible. 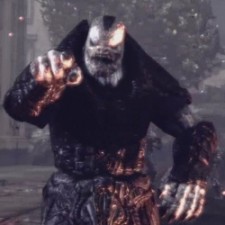 I actually enjoyed the final boss of Gears 1 much more, since they built up General Raam (the final boss) throughout the game, and the gameplay fit into the style of the rest of the game. The battle was frustrating, and ends abruptly, but it wasn’t mindless.

See, I agree with the frustration of the last boss in Gears and feel that sometimes developers fall back on that as a way to prolong the game. Further honing your skills is one thing, but cheapness for the sake of replays is just weak. While anticlimatic, the Zoran fight was challenging in a good way and forced players to utilize all the skills they’d worked on throughout the game, elusive combat being the biggie.

For me, a boss fight is all about retribution and a good boss fight actually starts in the beginning of a game. No matter how large or powerful a boss may be, it loses steam if their isn’t any emotional development to fuel the battle. I am definatley not a fan of JRPGs, but the scope of the final battle with Sephiroth in FF7 was epic. I actually watched my brother play this entire game and seeing him unleash the killing blow was satisfying even from a spectator’s point of view. Watching the antagonist in a movie finally get what he deserves is nice, but personally administering the vengeance is even better.

While not exactly your typical boss battle (SPOILER), I thought the scuffle with General Shepard at the end of MW2 was also a great boss scene and ended the game perfectly, even if it didn’t involve the level of interaction cited in the examples above.

Any old school boss battle features worth talking about?

My all time favorite boss fights were the ones that were more about theatrics than being the most difficult part of the game- the fight against Wart in Super Mario Bros. 2 comes to mind, but nothing for me tops Mother Brain in Super Metroid. 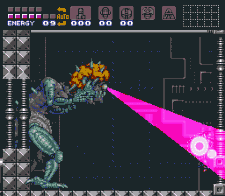 The Metroid will save you.

Once you get past a certain point there’s almost no way to lose the fight, but man is it memorable.  I like the idea of the last level / area of a game being really difficult to get through, and then having the boss fight itself be more about spectacle, but there are limits.

That’s not to say that ‘figure out the weakness / pattern’ boss fight can’t be enjoyable too.  Zelda: A Link to the Past had one of the best examples of that type of fight. I also enjoyed the Mike Tyson’s Punch-Out because everybody would try the code that skipped straight to Tyson only to get completely leveled- but if you play through the whole game you realize that Iron Mike isn’t that much harder to beat than Super Macho Man. Having the ability to skip to him combined with the fight opening that had him dropping you with one punch was pretty discouraging to a lot of players I’m sure.

Before I get to old school, let me discuss this Gears of War 1 final boss battle. I think it sucked. But I can’t decide if it was because it just ended abruptly after that or I really didn’t like the fight. It didn’t seem like it should have been the end of the game. It seems like the end boss of such a great game should have taken place somewhere more important to the overall story rather than on a moving train. I get that the lightmass bomb was heading to a certain destination to try and destroy the Locust, but maybe it was just the fight leading up to General Raam. I guess I expect to know when I’m nearing the end of the game, and I didn’t feel like that at all. 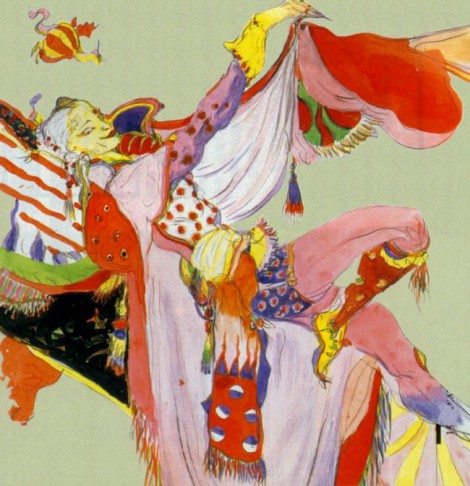 One of the greatest of all time.

As far as old school games go, RPG’s is where it’s at for me. And Final Fantasy VI is the best example. Kefka is quite possibly the best boss ever in a video game. The battle is made that much better because of the personality he shows during the game. Granted, the battles in JRPG’s are all the same but the satisfaction that arises from Kefka’s defeat is what makes him a great boss.

I do have a soft spot for Kefka as a bad guy, but I look back at how cartoonishly evil he was and laugh sometimes.  He out-evils the evil emperor and kills him, poisons entire cities full of women and children, kills the honorable imperial general by literally stabbing him in the back, intentionally destroys / rearranges the face of the planet, builds himself a twisted tower and then randomly fires a deadly light beam at various towns.  Plus he had an awesome distinctive maniacal laugh.  It is fun to be up against a complete psycopath in a video game though- I’m just not sure something that over the top would as well as it did in that case outside of a JRPG.

I have to agree with the enthusiasm for games that pit you against the final boss, or close to the final boss, several times through out the game. It feels like it gets me more engaged in the growth of the character, getting stronger and preparing for the final showdown.  Even though, like Justin said, the Zelda games have gotten pretty beat-you-over-the-head obvious, I do sort of appreciate the fact that they have stuck so rigidly to their dungeon-mini boss-big boss formula. It makes the new games retain some of the classics’ charm.

I also like final battles where the boss changes form and/or attack strategy at various points, like a couple of the Zelda games, Darksiders and, like Craig mentioned, Super Metroid. I also have great memories of that game. Fighting Mother Brain several times, the Metroid, saving the animals and the planet exploding. Good times.  Honestly, beyond those couple of games, I can’t think of too many boss battles that stick out in my mind. There are definitely a few I’ve felt let down by though. Fighting that giant angry vagina thing that comes out of the vault in Borderlands (before the DLC, that is) left me feeling unsatisfied; a lot of the game had been relatively tricky and the final battle was pretty easy actually when you found the right spot to stand, it just took a long time to empty the ammo of all 25 weapons you were carrying into it. 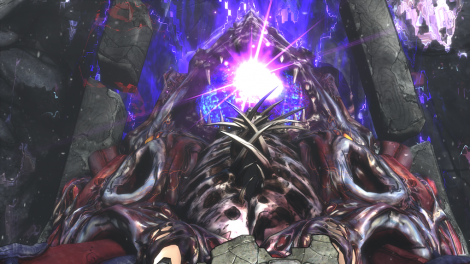 Whether it be newer games or the favorite games of the past, our opinions differ on what makes a great boss fight. Some of us liked the fight with General Raam, while others were left wanting more. While not everyone liked the fight at the end of Uncharted 2, there is no disagreement on the greatness of the game. What makes a great boss is highly subjective and varies greatly due to the tastes of the player. If the boss is built up well enough in the story, it makes a poor fight a little easier to swallow. But when developers combine both great story and great gameplay, there’s rarely a difference of opinion.

4 Comments → REPLY TO ALL: What Makes a Boss?