Meanwhile… we’ve actually been playing games. Each week we recap our recent gaming experiences and tell you what we’re looking forward to, so you can use your time more wisely than we have. I had a distinct image of our crew wandering around their living rooms and playing whatever game they tripped over. But you know what, man? Sometimes you just  play video games to play video games. We don’t need a purpose. We are here to play whatever we feel like, and right now, that could be damn near anything. 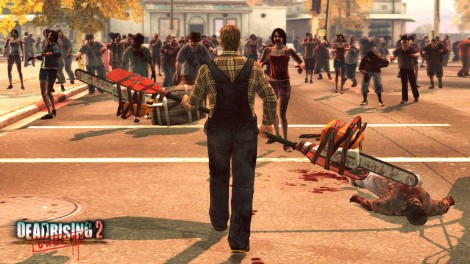 JDevL
I see to be collecting downloadable games lately, so why break the trend and who doesn’t need a third copy of Plants vs Zombies? It seems criminal not to own it on XBLA. I’m really anxious to try out the multiplayer on that one, so if anyone is up for it we can get on Xbox Live and make “Get off my lawn!” jokes while we battle. Nothing substantial to report on my Assassin’s Creed II progress, still love it, need to finish it before more games come out. The holiday weekend actually found me away from my console more often than not, so I spent a lot of time with Monster Dash on my iPhone. Great game, I’m glad I gave in even if I thought it was just a Cannabalt rip off at first. It’s a necessary Cannabalt evolution, and a .99 cent one at that. I’m going to check out Dead Rising 2: Case Zero this week which is the pay-quel to the upcoming Dead Rising 2. Hopefully it pulls me in more than the original, but for $5 bucks I’ll kill some zombies with drill buckets even if the rest of the game sucks. 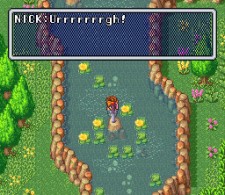 I am still slogging through Secret of Mana. Maybe my tastes have changed over the years, but I’m beginning to find some of the music from the game really annoying. Instead of remaking games, what if they just replaced the music with versions performed by an orchestra. That would make the game feel more epic. After loaning out Red Dead Redemption to my brother-in-law, I’m going to go back into that world and try to finish the game. I just wish I had my 360 when that game came out, I could use the achievement points more than silly trophies.

Wizardtrain187
Finally finished up Dawn of War 2: Chaos Rising‘s single player campaign, which ended up being a kind of anti-climatic experience compared to the end of Dawn of War 2. However, I really liked the combination of RPG and RTS gameplay and wouldn’t mind seeing similar type games in the future (although the multiplayer experience involves too much micromanagement for my taste and I miss Dawn of War‘s gameplay from that perspective). I also got hooked into trying to get the high score (not even close by the way) in Nation Red and have begun enjoying that game from a competitive standpoint. My long weekends are coming to and end however and I may not get as much game time in as I have the past few weeks.

Jadetiger CG
A slight glance around my apartment and you will probably spot more than one origami swan sitting on a bookshelf or desk. I was finally able to play Heavy Rain this past week and I absolutely loved it. Now this was way too slow an experience for the average gamer so its hard for me to recommend it to many people. It would have made a fantastic book or movie though. Great ending, and it was awesome that there were many different outcomes depending on how you played. I’d really like to play it once more. I’ve never had such an emotional response to a game while playing. The music added the necessary dreary and tense atmosphere and although the motion capture is very creepy by a motion picture standard, its still very impressive for a video game. If you don’t mind awkward controls, and very slow moments like brushing your teeth, try this game. Its a very interesting and engaging experience. I also bought Flower and am enjoying the simplicity of playing as the wind and playing musical accompaniment with flowers. I also attempted to give Fallout 3 another chance. So far, I’m still bored to tears. Hate the environment, hate the enemies, can never have enough money or med packs, etc. I’m going to attempt to get passed the point where I gave up on my first attempt. 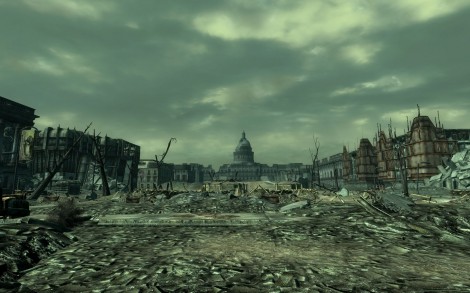 If you find Christina out here, make sure you point and laugh at her.

Robeque
Again haven’t played much this past week, but did put a little more time into Lara Croft and The Guardian of Light. It’s still a sweet game and I’m definitely taking my time with every level. There are 10 red skulls to collect in every level that I’ve been trying hard to search for and find myself looking in every nook and kranny of every level. One of the other level challenges for each level is a certain time limit to beat the level. I’m usually take about 9 times longer than those goals, so I’m gonna have to go back through and do a speed run afterward. :) I also played a little bit of Madden NFL 11 on the iPhone. It’s not as slick as playing on the 360 obviously, but its a great phone game for sure. A Madden style football game on a phone with seasons and updated rosters and the whole nine? Sweet. And in my spare moments, Monster Dash. Great little game. I think I’ll play it for a second right now, actually. Oh also played a round of co-op  last night in StarCraft II. Good stuff.

I’d like to get the rest of the way through Guardian of Light this week. I’m not going to be home for a good part of this week, though, so I’m thinking about finally starting The Legend of Zelda Spirit Tracks. Or maybe even picking up Final Fantasy for the iPhone. Or maybe I’ll just install StarCraft II on my laptop. IDK, life is hard.

Coopopolopolis
The only gaming I got in over Labor Day was a little Carcassonne over the iPhone with Robeque. This week I’m hoping to play a little Castlevania: Harmony of Despair. I doubt I’l have time for much more. Still kinda slammed with work.

Time to break some shadows

After having no time for games at all last week, I’m looking forward to continuing some of the games I was into a couple weeks ago, like Scott Pilgrim and Shank, which I have really been having fun with. Like I said last week, I’m also looking forward to playing Monday Night Combat. I have a feeling though that an extensive amount of time will be spent with the new Shadow Broker DLC for (what else?) Mass Effect 2. I really appreciate the fact that I am still getting fairly robust new content to play in that game. Also my roommate just started playing DeathSpank so I may tag along as his wizard sidekick for a little while. I’m also going to try to get him into some co-op of the aforementioned games. Beyond that, we’ll just have to see where the rest of the week takes me.

Pixelmixer
I’ll be in and out much of the week so playing on a console isn’t going to work too well. My alternative is to try to collect all of the achievements in Plants vs Zombies and explore new iPhone games. I’ve been downloading all of the top free games to give them a shot. Most of these games tend to be terrible, but everyone in a while I discover a gem and will play it for days or sometimes more. The most recent game like that that i have discovered is called The Creeps! and is free for the time being.