I recently came across a few Mario collectibles out in the wild for the first time in years. As a kid, I was never big into buying toys based on video game characters, I just wanted the games. So if you told me there are thousands of unique Mario collectibles available, I’d be a bit surprised. Go on to tell me that one person owns 1,000+ Mario collectibles and I’d picture some lonely 30 year-old that has been to Japan one too many times. So when I came across this video of 11 year-old Oscar Brown’s huge collection of Mario memorabilia, it warmed my jaded heart ever so slightly. 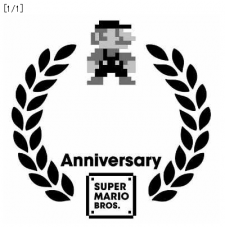 Growing a bit out of touch with Mario and Nintendo in recent years, I couldn’t help but doubt Mario’s appeal to the new generation of gamers. It has been 25 years since Super Mario Bros was released, but I always assumed even with huge sales figures for New Super Mario Bros Wii that it’s still driven by gamers my age. Once again, I have been put in my place by Nintendo and fans like Oscar Brown. Mario is in good hands with the new generation.