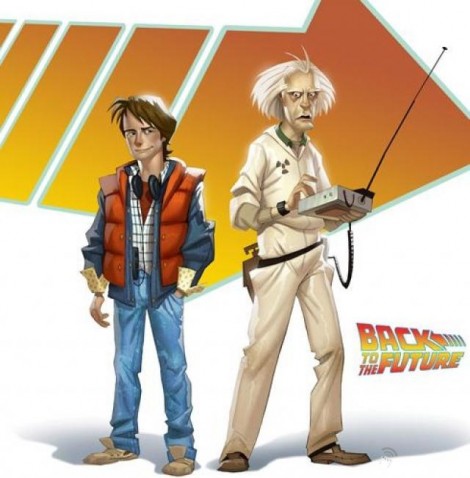 In a recent podcast, I detailed my disdain for the NES version of Back to the Future. JDevL and I discussed ways to try and make that game better, but it looks like Telltale Games is going to beat us to the punch. Experts at delivering episodic gaming content like Sam & Max and the recent subject of Games of Our Wives, Tales of Monkey Island, Telltale is going with a similar format for the Back to the Future game.

The five-part series will follow the adventures of Marty McFly and Doc Brown, as they’ll be travelling the different era’s of Hill Valley and beyond. Bob Gale, the original writer of the film series is serving as a consultant to the game to bring some authenticity to the story.

However, the most exciting thing about this game is the announcement that Christopher Lloyd will be doing Doc Brown’s voice as only he can. I can live without Michael J. Fox doing the voice of Marty McFly, but Doc Brown can be portrayed by only one actor.

They haven’t announced any details about a release date or which platforms it will appear on, but hope to have the first episode out in time for the 25th Anniversary release of the Back to the Future Trilogy on Blu-Ray and DVD on October 26.