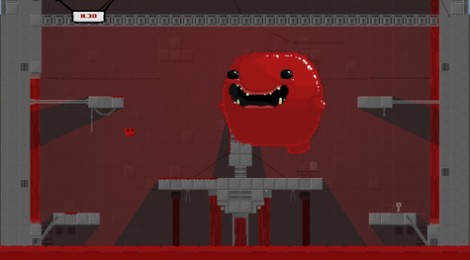 Super Meat Boy hopes you are hungry this fall.

Microsoft continues to build on the success of its XBLA promotions by announcing the line-up for Game Feast this fall. Similar to Summer of Arcade and Block Party before it, Game Feast will feature 4 games over 4 weeks. As big fans of downloadable titles, we are excited when the platform gets focused attention like this for the developers and for our own itchy game playing hands. Here are the games of Game Feast:

Comic Jumper and Super Meat Boy have been on our radar for a while. Super Meat Boy is a popular flash game being upgraded for the consoles, known for its crude style and charm as well as its steep difficulty. Comic Jumper is from Twisted Pixel, who developed two other stand-out XBLA games, The Maw and ‘Splosion Man, and looks to continue their trademark of funny and memorable characters by taking it to superhero setting with multiple art-styles. Have a look at their Silver Age demo below:

The final two titles are a bit of more of a mystery. Hydrophobia has similar graphics style to Shadow Complex but will focus on water physics affecting gameplay as your character, Kate Wilson the systems engineer (who has a mortal fear of water), attempts to fend off terrorists that are attacking her ocean liner. Pinball FX 2 is a free download that serves as an upgraded platform for Pinball FX tables, which you can buy individually.

Save your Microsoft Points for the end of September when the Game Feast begins.