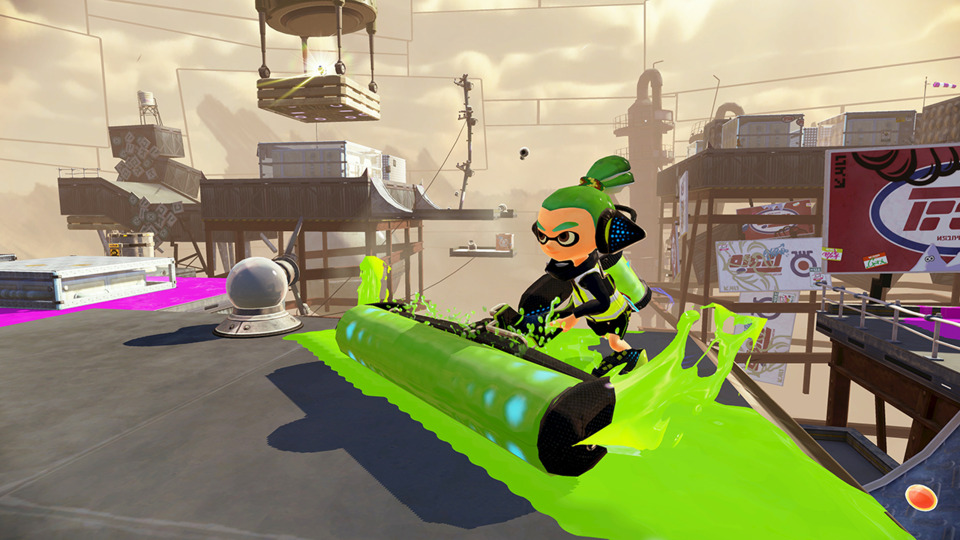 Leave it to Nintendo to tackle the multiplayer scene with one of the strangest takes on online shooters since the warfare between plants and zombies. Splatoon, a new joint from the Big N, pits teams of squid-kid hybrids (called inklings) against each other in skirmishes less about mindless murder and more about territorial vandalism. It’s quite possibly the most adorable display of “beefing over turf” when you forget it’s about children repeatedly annihilating each other with ink-based weaponry. 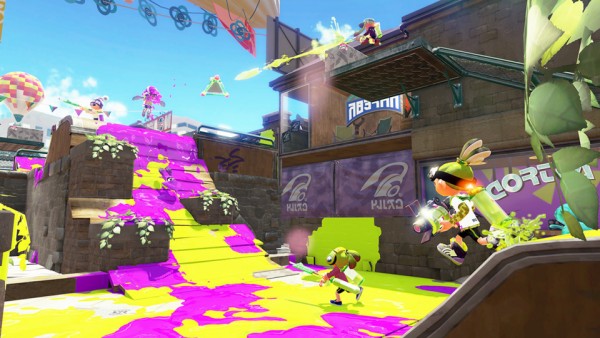 But where are the parents?

To be perfectly honest, I wasn’t sure how hyped I should even be about Splatoon. I’m a huge fan of Nintendo properties, but it’s easy to have reservations when something new hits the shelves. It’s also not like any new IPs on Wii U have yet to really take off. That’s why I’ve been colored very surprised that Splatoon is a lot more fun than I initially gave it credit for when I tried the “Global Testfire” demo.

What the full game brings that keeps me coming back, besides a full map rotation and ranked mode, is the inkling customization. It’s easy to get started and choose your inkling’s gender, skin tone and eye color. From there, I’ve become very addicted to outfitting my squid kid with a variety of headwear, shirts and shoes for passive stat bonuses. What began as wearing your average baseball cap has evolved to headphones and presently aviator goggles. Clothing comes with a star rating and I will not rest until I buy up all the hottest 3-star accessories. 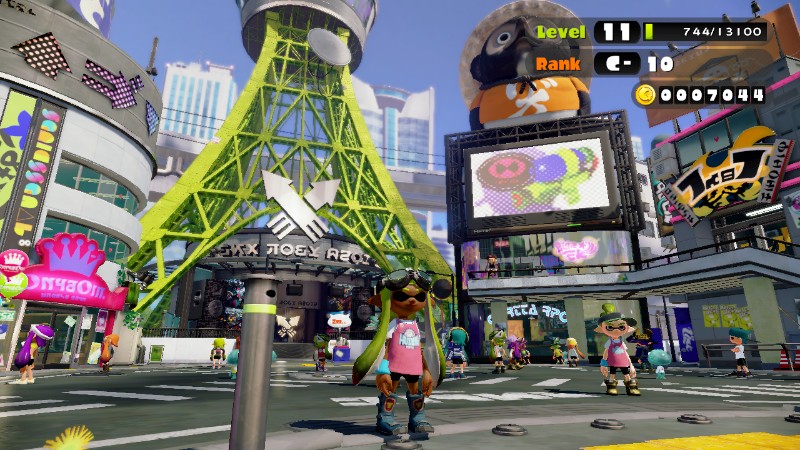 Ink, boots and closing your eyes are the latest trend for selfies.

While my first impressions of Splatoon are extremely positive, there are a couple of caveats to my hours of inking so far. The first is that you better be extremely comfortable with playing the same mode day in and out, as the main multiplayer course is Turf Wars, a 4-on-4 tug of war for coating the map with your team’s ink. It’s not until level 10 that you can play the game’s other mode, Splat Zone, and it’s touted as being more hardcore in its competition. When I won, the rewards were astronomical. Then I lost and got absolutely nothing. Thanks, Squid-bama.

The other issue is just how unfriendly the lobby setup is to fans of online shooters. You can’t adjust your character’s looks or loadout in any way while queued up to play or during a battle. While matches are short, I’ve experienced enough frustration with the matchmaking throwing me on a team where almost everyone’s using the same weapon. When your team is all splat rollers (or none at all), that’s no good.

All that said, I’m gonna stick with this one. There’s plenty I enjoy about competitive shooters, but my frustrations with them had steered me away to being mostly cooperative only. The Wii U community is pumped about this so far, flooding the Miiverse with drawings of squid memes and silly commentary. Splatoon is fresh, fun, fluid, and friendly enough that I just can’t stay mad at it for long. Besides, there’s hordes of inklings to splat.