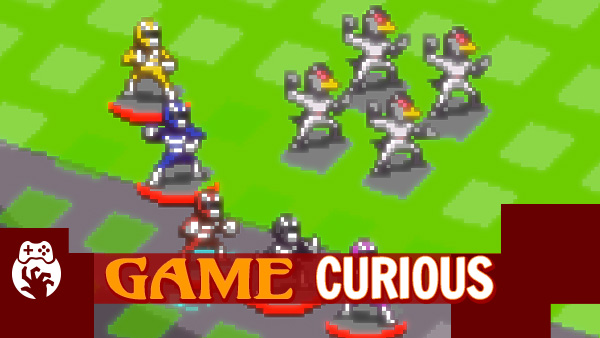 On today’s action-packed episode of Game Curious, four super-powered young adults and a beaver form their own mighty team to vanquish strange evils and protect the planet in Chroma Squad! Under the new guidance of a floating head AI they found, they morph for battle and shout amazing catchphrases!  Can they keep their viewership numbers high? Will budget cuts limit the number of mech battles? Stay tuned! Go go HoKnight Squad!