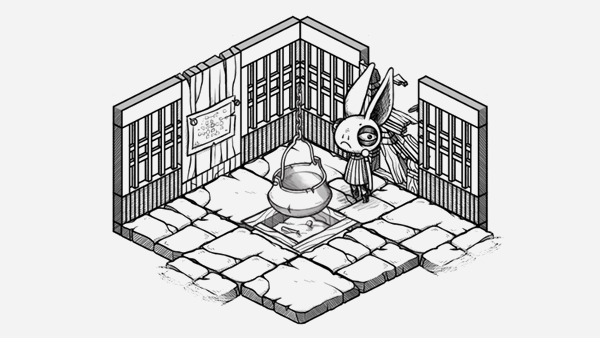 Oquonie is an isometric puzzle game for iOS created by interactive designer Devine Lu Linvega of XXIIVV in collabration with illustrator Rekka Bellum.

You control a weird little creature interacting with other even stranger looking creatures speaking an unintelligible language. The areas you explore are a confusing series of rooms that twist and fold back around on themselves. You’ll need to focus as you navigate the space to get a sense of how the rooms are connected and what paths have been left unexplored.

Oquonie has been my go-to mobile game of the past week. It’s been a great help when I find I need to take a few minutes and escape from reality. The successes are small, and they come when you’ve become aware of a new game mechanic or have discovered an unfamiliar room. After the accomplishment, you can put the game down until you find the time later to put your new discoveries to the test.

It’s a bit frustrating at first, until you played it long enough to kind of get a sense of what is happening. This would normally have led my finger straight for the delete and forget forever button on my phone, but the artwork in the game is so captivating that I continued to explore as much as I could just to see as much of it as possible. This gave me enough time with the game to slowly uncover what I needed to actually be doing. A screenshot of the game is currently my PC’s desktop wallpaper. I take great care in selecting my PC’s background, since I spend 20 hours a day staring at it. So that is saying a lot about how much I like this game’s visual style. 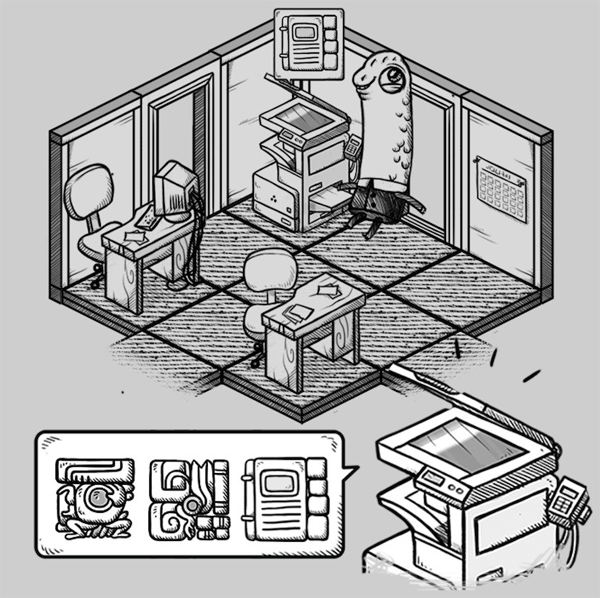 I think the printer is asking for more toner… or maybe it was blood.

The game is currently $1 on the iTunes Store, which is kinda silly because I’d probably spend $40 for a print of just a single screenshot from the game. If you have an iPhone or iPad I’d definitely recommend throwing a buck its way and getting the game installed.

Oquonie was released in February of 2014 for iPhone and iPad (requires iOS 7.0 or later).