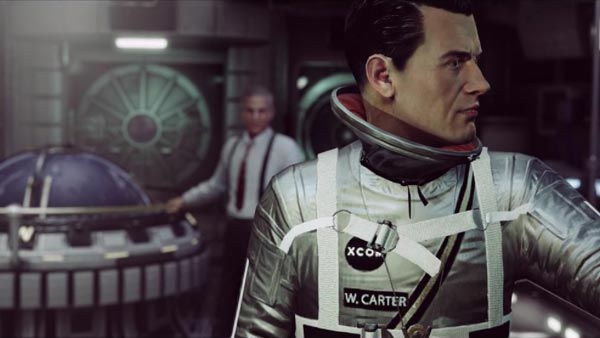 The Bureau: XCOM Declassified is a third-person, tactical shooter set during the Cold War in 1962. The Bureau of Operations and Command, or XCOM, was created to coordinate US armed forces against the event of Soviet invasion. Thankfully, the director, Myron Faulke, was preparing the organization as the front line in a war against the “Outsiders,” aliens whom he believed had already begun their invasion of Earth in the preceding months.

So, the next time you see someone arguing with themselves at the Starbucks wearing a tin foil hat, remember to make friends with them. They may have a bunker filled with food and ammunition ready for the inevitable fight against emperor Retik and his Radar Men from the Moon. 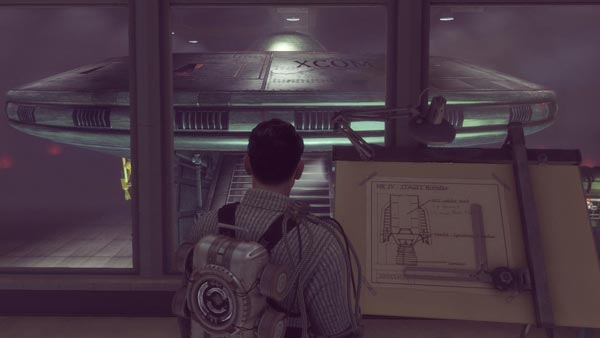 She’s no Normandy, but she’ll get us where we need go.

You control CIA wash-out William Carter, who, for some reason, Director Faulke has decided is crucial to the desperate fight against an enemy who is legion and possesses technology decades beyond our own. While Carter is certainly no Commando Cody, he manages to get the job done. (A job that is done behind the cover of well placed, waist-high debris and done by using your teammates as cannon fodder.)

The combat is reminiscent of Mass Effect (which gets high marks in my book): you follow a linear path from combat arena to combat arena, each obviously marked by the placement of carefully laid cover. You choose two agents to tag along during missions. Each agent is one of four different classes that gives them access to different weapon types and different combat abilities, each with their own cooldown period. During combat you can pause the game and choose the position you want them to move to, the abilities to use and enemies to focus their attack on.

For example, a level 4 Engineer will have access to a deployable turret. Have him drop the turret, then use Carter’s Lift ability to levitate the turret into the air, giving it line of sight to every enemy hiding behind low cover. Your agents don’t have anything like the unique personalities or backstory of the teammates in Mass Effect, though; in The Bureau, your teammates are disposable NPCs whose only importance is tied to taking enemy fire and the amount of abilities they’ve unlocked.

The Wheel Keeps on Turning 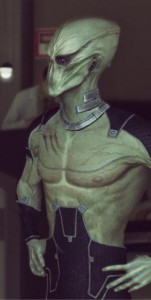 Fear Me Earthly! and my nicely toned core

Also like Mass Effect, the game offers the familiar BioWare dialog wheel during conversations that allows you to steer Carter’s responses from friendly to gruff. Other times, it’s just a means to extract all the information from a NPC. It doesn’t seem that the particular responses you give make much difference. On my second playthough, I was interested to see how my relationship with a captured alien would play out if during my interrogation I choose not to go the friendly, we-have-a-common-enemy route, but instead take the punch-him-around-and-then-shoot-him-in-the-arm route. The interrogation scene played out completely differently, but when I approached him later in the game our conversation was exactly as it had been in my first playthrough. I was hoping they would have scripted him to remember the torment I had put him through, but I guess the way the dialog is written, you could make the case that the responses are appropriate given either scenario. I just really wanted to see him cower a bit when I walked into the room.

UPDATE: after finishing my second playthrough, I can verify that later conversations with the captured alien are different based on how I chose to initially interrogate and treat him.

Since some elements of the story and dialog don’t match up very well. I had completely dismissed the coherency of the game’s overall narrative…that is, until a moment near the end of the game where something unexpected happens, where, upon reflection, I now have a better appreciation for how the creators of the game were choosing to tell their story. Generally, as a literary philistine, I don’t appreciate having to “read into” a story to understand its “story,” but I’ll give The Bureau a pass since I liked the way they choose to do it… and because I got to shoot someone point blank in the face in the middle of a speech.

The Bureau is a blend of some of my favorite things: The name XCOM, the combat and action of Mass Effect, and the dress sense and style of Cary Grant. I’m sure you’ll find something to complain about with The Bureau, but overall I’d say its still a fun game and worth a couple hours of your time.

The Bureau was released April 2013 and is available on PC, Mac, PlayStation 3 and Xbox 360.