Meanwhile… we’ve actually been playing games. Each week we recap our recent gaming experiences and tell you what we’re looking forward to, so you can use your time more wisely than we have. Classic case of too many games and not enough time. The flood of quality downloadable titles will be giving us a break soon. Just in time for the fall releases to hit. Here we go. 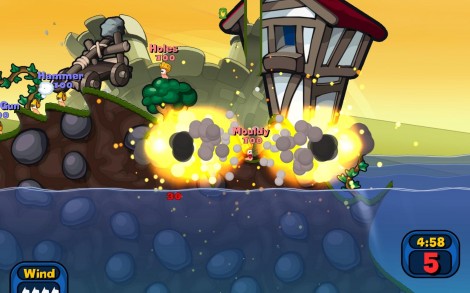 Where did these Worms come from?

JDevL
Had a little bit of download overload last week. Shank, Scott Pilgrim vs The World: The Game, and to my surprise, Worms Reloaded all came out on the same day. 3 solid games, no doubt about it, but none could pull me away from Assassin’s Creed II for a significant amount of time. The game is the proper definition of what a sequel should be. I really cannot believe the game is this good, even if I read all of the glowing reviews. Ubisoft, I’m sorry I waited so long. No new games for me this week, I’ll be assassinating, fighting The World, and, oh ya, tinkering with my first arcade machine, NFL Blitz. More on that soon enough.

Colefacekilla
I don’t know if I’m just getting a ton of gameplay out of Assassin’s Creed II but that game is taking me forever. However, I’m not complaining in the slightest. Along with Batman: Arkham Asylum it has become one of my favorite games of 2009. As much as I was let down by the first and it’s repetitive nature, ACII has blown me away. Can’t wait until AC: Brotherhood now. 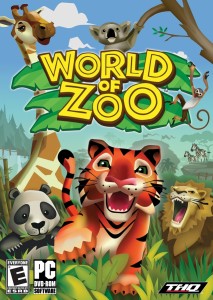 Wizardtrain187
I have been playing a little bit of everything this week, but actually spent quite a bit of time on Bad Company 2. Such a fun game, but it takes so much motivation to boot the PS3 up as of late. Actually played a game called World of Zoo that I am dying to write about it in one way or another, but you’ll have to wait on that. My attention span has been very short, so my library has struggled to suck me in.

Jadetiger CG
Spent the weekend locked in my bedroom with my newly less pointy cat. I avoided declawing her for 2 years, but when people start asking if you’ve been cutting yourself, its time to declaw the cat. Lord knows what other wonderful scars I will now miss out on. Actually been a pretty game free week. The only game I’ll be playing is “Keep the Depressed Kitty with the Funnel Collar Happy“.

Coopopolopolis
I will be playing a little game call work this week. I’m pretty slammed so I doubt I’ll get much gaming in. But, I am planning on playing a little Castlevania HD on Thursday with anyone who has it. Time to get that kill a boss with 5 skeletons achievement!

EndlessBen
I don’t see much time for games for me this week. In the last week though, I spent a lot of time with Scott Pilgrim and Shank, both of which I have been enjoying immensely. Hopefully after the holiday weekend I’ll have some time to get back to them and the other XBLA games that are sitting around the hard drive, like Monday Night Combat.

Robeque
Yo yo. I made a little time this past week for some gameage…. not a lot, but some. In that time I played mostly Lara Croft: Guardian of Light. That game is sweet. The action is fun and so are the puzzles. I played a little bit of co-op when I had a buddy over and that game is set up perfectly for it. You really have to work as a team and figure things out together to get through the levels. I can’t wait til the update to let you play co-op online. The single player game is almost just as fun. The levels are built slightly different for single player, too… so I didn’t feel like I was just repeating the exact same stuff again. Each level has a set of challenges to try and achieve to unlock different items and I will most definitely be playing through this multiple times to try and get everything I can. I’m probably only nearly half way through the game, but I can’t wait to get back into it. 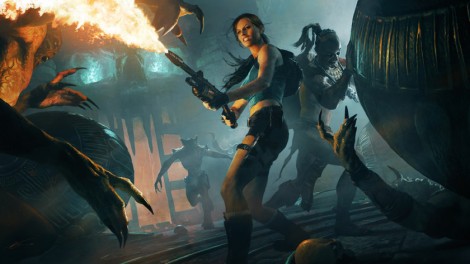 Lara is in good hands

Other than that I tried Shank and Scott Pilgrim each for about five minutes. Shank seems like it will be really fun when I really sit down to play it… looking forward to that one. Pilgrim?….. I don’t know. I think that one will need some co-op action to make it interesting. Who want’s to try out some Pilgrim co-op?

Dimmett
I’ve been playing Lara Croft and the Guardian of Light co-op with my lady friend. That game is a great direction for the Tomb Raider franchise. It’s super fun an accessible, it also seems to have a lot of replay value though we haven’t beat it yet. I’ve also been playing some dynasty mode on NCAA Football 11. From what I’ve seen of Madden this year I think the college counter part takes the award for best EA football game this year.