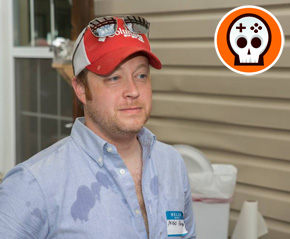 My 2014 gaming year included becoming a new dad, which means that for the first time, when given the choice between Just One More Try and getting some sleep, I’m choosing sleep. Marathon sessions of gaming in 2014 were very few and far between; for all of my son’s wonderful attributes, sleeping soundly for 12 hours isn’t one of them. Beyond that, if I’m given the choice of spending some time with my kid, who I see for about an hour a day awake and happy on a given week day and stomping on some Pilots in my Titan, no matter how much I love Titanfall, the kid’s getting the attention (until he goes to sleep, then BOOM! HEADSHOT!)

That decreased game load wasn’t a total loss, though, since for the most part, I thought 2014 was largely a lackluster game-year. There were some bright standouts, but they were fewer and farther between than 2012 or 2013 (at least in what I got my hands on). I’d place some of the blame on over-hype, some on the franchises that just have to come out annually, and some on the studios’ “I’m just in a weird place right now,” that’s the result of having two generations of systems co-existing and having software come out for both. 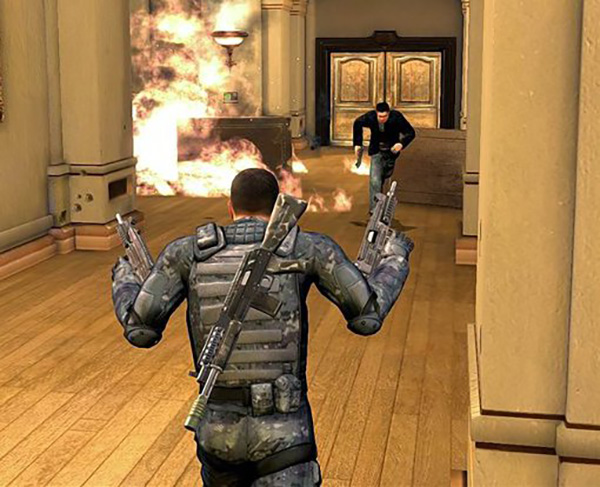 First, the bad news, in brief 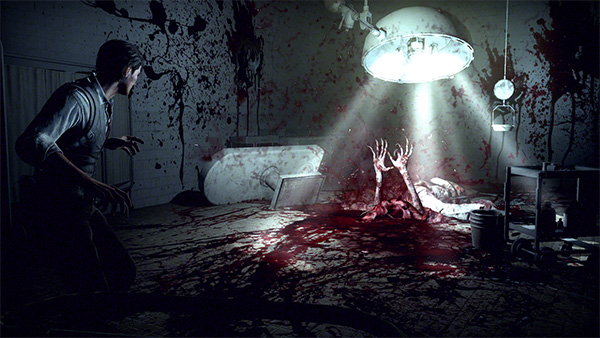 Are you happy with your janitorial services, because I’m looking to expand.

On the sunny side of the street

Alpha Protocol I picked up for $12 after reading an article extolling the Neutral decision tree elements of the game – there’s no inherent judgment that a more violent/pragmatic approach to the game automatically punishes you, like in Mass Effect, which, in a spy game, is kind of a big deal. Despite being a little rough around the edges, I played through Alpha Protocol twice.

Titanfall – I’ve done some writing on this before, but man. Titanfall is just straight up high on the fun factor. I was skeptical that an all-multiplayer game was going to be up my alley, but, man, I just love me some giant robots with arc cannons and missile launchers. Add the fact that Respawn Entertainment as done as good a job of providing continuing support and game modes as any game I’ve played, and you can get a grasp on my adoration for this game.

Sunset Overdrive marks Insomniac Games’ return to…well, being Insomniac. A vicious disregard for physics or the human body’s ability to withstand terminal velocity meetings with the earth, a love of leveling up weapons that are almost-without-exception the fevered dream of an artistic 3rd grader with an infinite box of crayons, and enough lantern-hanging meta-humor to take the sting out of even escort missions, Sunset Overdrive introduces those too young to have played the Ratchet and Clank games to one of the more creative (big) studios out there. 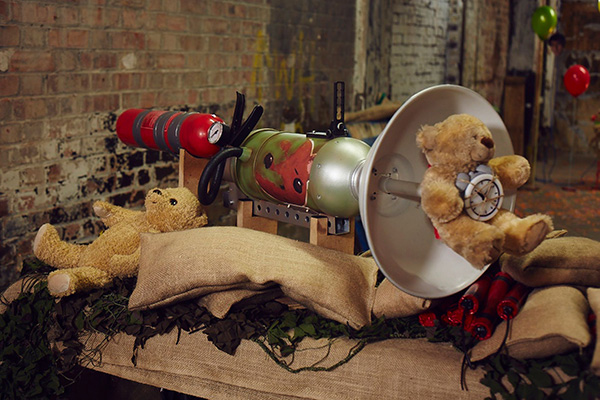 Middle Earth: Shadow of Mordor, set between the Hobbit and The Lord of the Rings series, continues to build on WB Games’ solid first entry with Lord of the Rings: The War in the North. The timed Arkham-style combat system is back, you’re infected with an Elfin wraith with some anger issues, and you can set groups of Uruk Hai ablaze from a distance while creating a nemesis who remembers your name and times he’s killed you (you seem to have an immunity to, um, dying). I’m unclear why it’s called “Middle Earth: Shadow of Mordor,” though. The amount of times I’ve said, “Xbox, Goto Lord of the Ri…shit, I mean, nevermind” is embarrassing. For the record: I have not spent 170 hours playing it, I just get called away to duty a lot and forget to shut it down.

Hold still, we can’t afford to go to the dentist this year.

The Wolf Among Us, from “we make games how we want to, and if you think it’s more of an interactive movie, you go to hell and you die” studio Telltale Games, like The Walking Dead episodic game that preceded it, was engaging, based on some great background story (which I have on my Amazon wish list if anyone is looking for birthday ideas), and grabbed me even more than inexorably shuffling zombies. I love the art style, the music is perfect, and the noir setting makes me happy and triggers a desire for cigarettes and cheap bourbon.

Hearthstone: Heroes of Warcraft is pretty far outside my normal zone of gaming and, considering how horrible I thought Magic: The Gathering Duels of the Planeswalkers (2013) was, Justin L. had a bit of a task in convincing me to give Hearthstone a try. I’m loving it, although I was a little disappointed to see that a card-based game sent me a message during the first boot-up that my first-gen Galaxy Tab was going to run the game slowly due to insufficient resources. It’s animation and sound effects, guys, not hyper-realistic texture rendering. 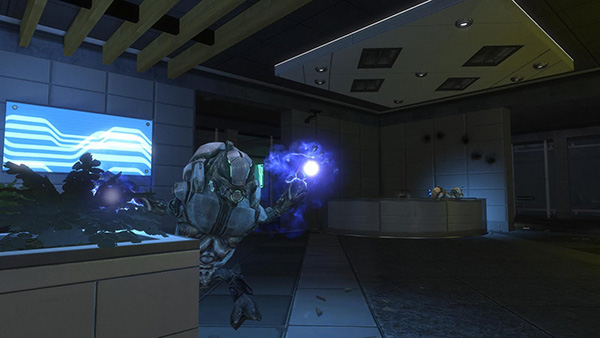 You wouldn’t think that finding a screenshot of a panicking, plasma grenade-stuck grunt would be that difficult.

Halo: The Master Chief Collection. My game of the year. Or games. Per dollar-hour of non-repeating content, which included some pretty crazy playlists (like ones where you play only the levels across the four games where you drive the Scorpion tank), and the belated realization that the story is really about Cortana, not the Master Chief, and the fact that playing it all the way through from Combat Evolved to Halo 4 was like an action space opera of pretty epic proportions, and the fact that I’m still unsure what the hell they were thinking with the Gravemind, and that there are few things funnier than sticking a Grunt with a plasma grenade, and…well, there’s a reason the series has been a huge best seller. This stuck four of them together and let me take them all on in a row. Having something else be my game of the year just wasn’t possible.