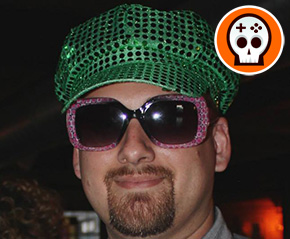 I used to pride myself on my ability to focus and finish a game before moving onto the next. Sure, my backlog was always staring me down, but it was a virtual backlog because it was mostly games I hadn’t purchased yet. Apparently I’m hanging around JDevL too much now, because now I have a serious case of Gamer ADD. I basically have no reservation anymore. If there is a game for sale that I want to play, chances are I bought it sometime this past year. My backlog exploded with the best of old and new. I tried just about everything and didn’t really finish anything, so here is my tribute to the lucky few that were able to win a coveted piece of my time.

This game squeaked in. I didn’t even own it 2 days ago. I have friends who own it, yet I knew nothing about it. With only 9 games in my top 10 list and 3 days before the Grimmys, why not impulse buy one of the strangest indie games to come out in 2014. It came through a recommendation from JDevL. I don’t even really know how to explain the 3 hours I spent playing this game. It made me laugh quite frequently. It’s unique, and I actually finished it. I’m not going to recommend it because if I do you won’t like it. But I enjoyed it and I’m glad that I took the time to play it over writing this article like I was supposed to. 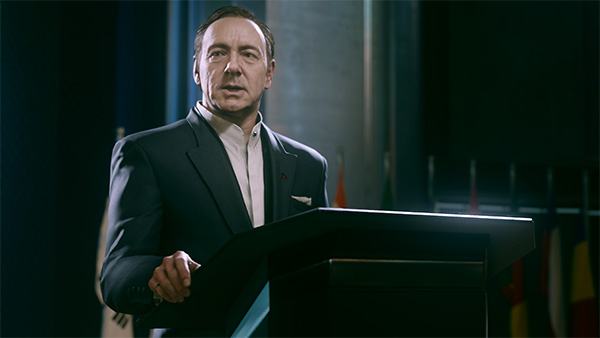 Does this game make me look younger?

Oh Call of Duty, where do I even begin. You made me love war games, and then you took that love, rolled it up in a million dollar bill and smoked it. But that’s ok because you took that same money, hired Kevin Spacey and created the game that could be the best thing the franchise has seen in years. I’m only a few hours in, but that probably also means I’m almost finished. I won’t say it’s as good as Modern Warfare was, but it definitely deserves recognition. I’m hoping this is a sign that this franchise finally figured out how to replace what they lost.

8) The Binding Of Isaac: Rebirth

I loved The Binding of Isaac. I think its really cool that Edmund felt so compelled to give the players the game he wanted it to be that he funded the project to allow someone else to help him achieve that. I mainly expected a graphical face-lift, but was pleasantly surprised by all of the other updates. It’s definitely worth buying again, even if you already own the original. Pro-tip: If you own a Vita, this is the perfect game to play while doing what Larry Jr. does best. 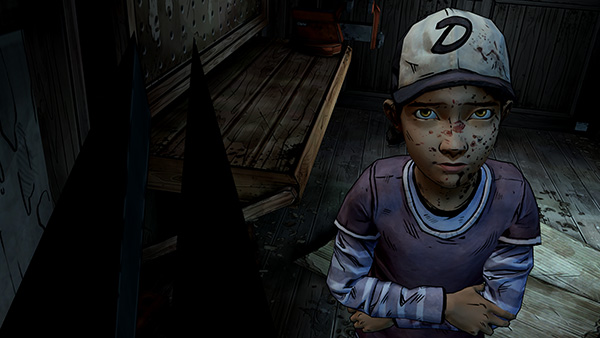 Is there something on my face?

There isn’t much to say about this game. I loved Season 1. I don’t know anyone who didn’t. I haven’t finished Season 2 yet, but I’m far enough to see it’s following the same formula. Clementine is one tough girl. If you haven’t played yet, have fun in the shed.

I did a really good job putting off the purchase of an Xbox One. Not to my surprise, I have the best wife ever, who bought me one for Christmas. So, of course, I instantly bought Sunset Overdrive. It was a no brainer at half-off during their end of year sale. The game is great. It’s like Tony Hawk with guns. It takes a little bit to get used to how they want you to play, but once you figure everything out it’s really easy to enjoy the ridiculousness of it. I have the feeling I’ve only scratched the surface so I’m looking forward to rest of it while I wait on something else to come out that’s worth playing.

My generation is the “retro” generation. We grew up with the systems that everyone is trying to mimic with their 2d pixel platformers. A lot of games get close, but very few achieve what Shovel Knight has. Making a game impossible, or throwing pixel graphics at it doesn’t make it feel like games did back then. There’s another aspect to it that always seems missing. Shovel Knight nailed it. You could throw it up on an emulator site and fool a lot of people into thinking that it was an actual NES game. Shovel Knight makes you remember what you felt like playing your favorite games as a kid. 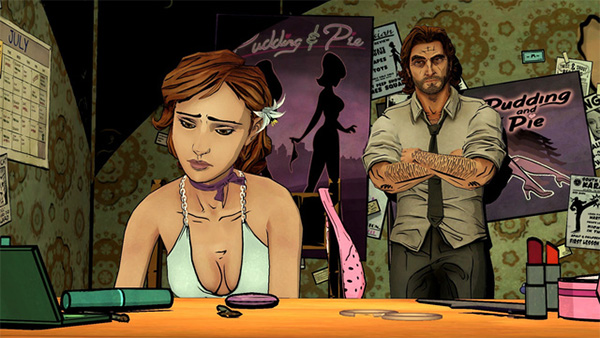 King Triton is very disappointed in you Ariel.

4) The Wolf Among Us

I wrote this game off at first. I didn’t know what it was about and didn’t see how it could be as good as The Walking Dead which I was already invested in. I finally picked it up after the final episode released and enjoyed it way more than i was expecting. The idea of Fables trying to live in the real world is pretty interesting. You instantly know all of the characters throughout the story, but their personalities are far different from what you would imagine. It’s a great story and worth your time. I power-played the entire game in a weekend and don’t regret it.

I’ve always liked the Middle-Earth setting, but have hated all of the games. Monolith took the best from Assassin’s Creed and the Batman Arkham series and mashed them together with their sick Nemesis system to create a formula that finally worked. The game was super frustrating at first. I felt like I had great control of the game, but it’s really easy to get overtaken by a mob. I just wasn’t prepared to die as much as they intend for you to. Once I finally got the hang of things, I was finally able to appreciate what was there. The story is a little weak, but it’s worth playing just to hunt captains. I look forward to finishing this game in 2015

2) South Park: The Stick of Truth

I already covered most of my thoughts in my Played South Park: The Stick of Truth – It’s Finally South Park article. Getting deeper into the game, my opinion hasn’t changed. It’s South Park through and through. They nailed it. It’s as hilariously offensive as it should be. It’s a must play for any South Park fan and was a super close runner-up for my game of the year. 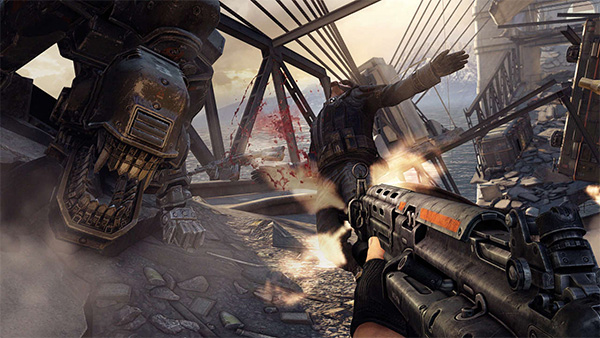 If you would’ve asked me last year if Wolfenstein would’ve been at the top of my list I would’ve said no. Let’s be honest. Wolfenstein has never really been awesome. It is just an iconic FPS that we all have fond memories of. I played a demo of The New Order back in 2013 at Gamescom. It was fun, but it was hard to get a feel for the game because it was all in German and I had no clue what was going on. It was awkward enough being about the only person standing in a line in Germany to play a game about the Nazis. However, that session was enough to let me know that I wanted to play it. The gameplay is solid. After finishing the campaign my reaction was, “Holy shit, where did that game come from?” The pace of the game is perfect. It has a great balance of action and humor, and has a number of characters that you actually care about. To think that Wolfenstein, of all things, can have a chance at an entertaining story is mind blowing. The guns feel great, especially, the ability to dual-wield anything. It remains challenging and has a number of hidden rooms, staying true to its roots. There is really no reason that it should be as good as it is. It goes above and beyond all expectations of what we’ve come to know from the Wolfenstein franchise, and leaves me anxious to see if they try it again. As a lover of shooters, there was really no question that this was, without a doubt, my Game of the Year.