Every birthday I had growing up, I was limited to one game as a gift. I would also have to get through the entire day and party until all of my guests left before I could play it. The tension would build until I knew for certain which game I had. Then, I’d have to hold the plastic covered packaging in my hand as I went through the rest of the motions of the day. I just want to play this game, I don’t want to eat cake. Finally, the moment arrives and I slam the cartridge into the SNES and turn the power on. What the hell is this? This isn’t the game I thought it was, I want the one I’ve been playing in the arcade in the mall. That’s when the difference between console ports and arcade games hit me. From that day, I’ve always wanted to own an arcade cabinet. Even though I never thought I’d actually purchase one, the excuses finally aligned and I bought an NFL Blitz arcade cabinet last weekend. 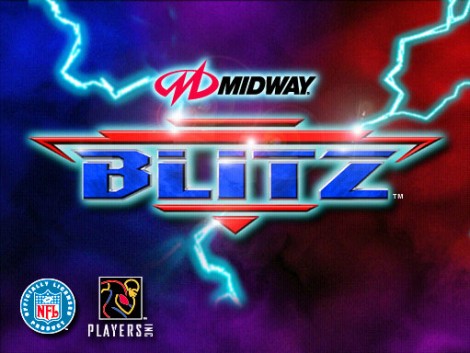 Here’s what I had to overcome in my head before I gave in to the inevitable:

I Don’t Have The Space

Let’s face it my parents weren’t going to let me put an arcade cabinet in their house. College? Space is even more of a commodity, and, let alone, risky. I moved to several smallish apartments and I put the thought completely out of my mind. I figured I needed a house before I could even consider owning an arcade game. My home in the last two years is slightly more spacious than my previous apartments, and it wasn’t until I started buying too many sets of Rock Band drums that I realized if I really wanted the right machine, we could probably fit one in here. In particular right here in our dining room turned music equipment storage room. This could work if the game was worth it.

I Don’t Want To Get Into Maintaining It

After a grueling stint of IT work growing up, the last thing I wanted to do is come home to maintain or build an arcade cabinet. Hobbies shouldn’t be work, and as long as I was building computers I didn’t want to build anything else. That phase has passed, I’m perfectly happy with prebuilt laptops these days so my tinkering habit has been a bit dormant. After I saw The King of Kong: A Fistful of Quarters for the first time, I began researching arcade machines heavily. I was surprised to find just how much information was out on the internet for specific machines. As I zeroed in on a a few different games that I was considering, the manuals were more than readily available. There will be some work getting to know the details, but the computer builder in me started to wake up. I went to visit the owner of an NFL Blitz machine, and my eyes lit up when he showed me how to tweak settings directly on the board. I could get into this.

If it wasn’t for eBay, I probably would have caved a long time ago. Every machine on there is not only expensive, but none of them are located around where I live so shipping costs are even more ridiculous. This was becoming a very intimidating investment. Recently, my roommate has had a lot of success with the weirdos on Craigslist. It can seem a bit shady, but it is local and to my surprise there are always a handful of arcade machines available within a reasonable driving distance. It wouldn’t take much to convince a gamer buddy with a truck to make the trip with me. Now, I just have to be patient and find the right game nearby. 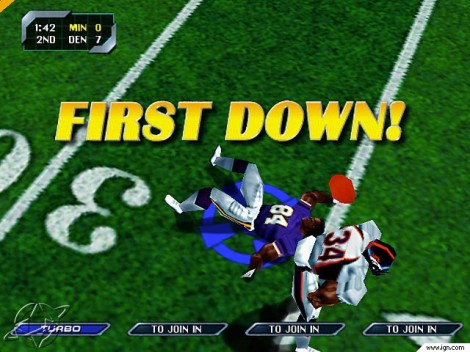 The choice is made

I Can’t Pick Just One

Limited by space, one machine is the only option. Problem is there are at least a dozen standout titles in my brain at any given time. The proof is in our Reply to All Arcade Machine article. After scouring the internet on and off for 4-5 months, I began to get a sense of what titles were available and in my price range. For me, NFL Blitz hit the perfect balance of nostalgia, fun factor, mass appeal, and replayability. Within two months, one showed up on Craiglist (in my home town, no less). One final factor remains. 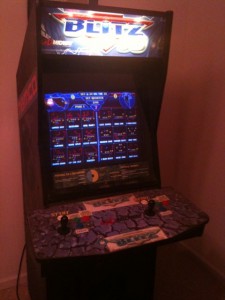 Asking prices put me off for years. It took me a while to realize that most of these are just the starting point for making an offer. Unless the game is rare and the seller isn’t too bright, the machines don’t move too fast. There’s always time and options. At first, the price was perfect and right in my range so I drove down to test out the machine. Everything technically worked, but I knew I had some work ahead of me to make this machine what I really wanted. My budget started to balloon, and I walked away. Lucky for me, and frustrating for the owner I’m sure, he had to move in the next few weeks and his wife was making him get rid of his arcade machines. I threw out what I was willing to pay, and they were more than happy to sell me the machine. Suddenly, I was an owner of an NFL Blitz arcade cabinet.

I Was Gonna Get It Anyway

I gotta say even though it needs some work, the arcade cabinet looks right in the duplex. The game is fun, everything works, my friends seem relatively excited to try it out. It turns out that the cabinet itself isn’t a dedicated Blitz machine, so I’m already shopping for a replacement down the road. In the meantime, I look forward to learning the ends and outs of this cabinet. My goal is to put some custom Horrible Night graphics on it and turn it into a MAME machine with tons of games. Down the road, I’ll be looking for an NBA Showtime / NFL Blitz Gold combo machine and try to cut myself off with two machines total. We’ll see though, I feel like I’ve unlocked a dangerous and time consuming hobby that I’m about to fall in love with.