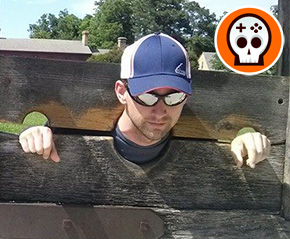 2014 was the year Jason actually spent some money on games. To those that know me, this should come as a major shock. I am the frugal gamer. But by being careful and spending my money wisely when deals arose during the course of 2014, I was afforded some quality experiences with some really fun AAA titles in addition to early access titles. What I love the most about the list I’m about to share with you is that you could easily jump into a 30-40 minute playthrough and still get the same satisfaction as if you were playing for 3 to 4 hours straight: 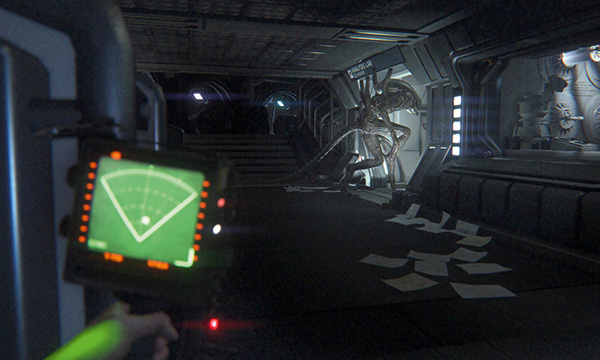 Can you bring me back a soda?

1) Alien: Isolation – Seriously… another Alien title? I know a lot of people weren’t holding their breath until they actually sat down to play this… beast. Around every corner is a heaping sack of fear and tears. I don’t think I’ve ever sweat and concentrated so hard playing a game in my life. (Maybe Frogger; then again I was 5 when I played that.) Isolation is everything a sci-fi purist wants and everything an Alien game should be. I tip my non-existent hat to the developers for their meticulous attention to every little detail in this game. Everything about this game is pure Alien; so much so that it’s hard not to stand around looking at all the details. And of course by doing just that, you’re asking for trouble as that alien is always just seconds away. This is not just a game… it’s an experience.

2) Far Cry 4 – Hang glide off of a mountaintop, soar for what seems to be forever, wingsuit down to a specific spot outside of an outpost, identify all enemies, shoot an elephant thus sending it into a rage and killing all enemies within the outpost, celebrate by riding said elephant and throwing a grenade into a cave, the result being a tiger exploding out and rag-dolling down the mountainside. This is Far Cry 4. Need I say more?

3) Rimworld – This is the little game that could. Say goodbye to your friends and family because once you dive into Ludeon Studios’ Rimworld, there’s no going back. Keep three survivors from a crashed space liner alive as you strive to build a colony on a frontier world at the rim of the galaxy. Trust me; this is everything a simulation buff could ask for. The randomness of the AI Storyteller keeps every minute of the game fresh. Each world is a completely different experience. Yes, this game is still in the alpha stages, but there’s already so much to chew on. I have to pull myself away from this game every time I open it. If it wasn’t for the fact that I try to keep my YouTube Long Plays at around 20 minutes I would never stop playing this game. Entire weekends could be devoted to these worlds, if you ask me.

4) Banished – This is what SimCity isn’t, couldn’t do and never will be. Plus it’s set in frontier times, which none of us have the ability to truly experience. The developer, Shining Rock Software LLC, purposely waited before the game was fully developed to unleash this one on the world. I know I should have more hours dedicated to this game, but the brutality of the experience can be a bit discouraging at times. But then again, that’s exactly what you’re paying for. Banished is a survival simulation game that immediately felt like a classic.

5) The Long Dark – Imagine if Bob Ross told those happy clouds to go suck it and decided to make a video game. He would have made The Long Dark. Another early-access open-world title, players are tossed into a world with only minutes to survive unless they use their wits to find food and shelter from the extreme frozen elements. Don’t stand around too long gawking at the unique art-style of this game; as every minute counts. The sandbox mode is the only version available at this moment but I eagerly await to see what a story mode holds as I feverishly clutch onto my sewing kit and cardboard matches. 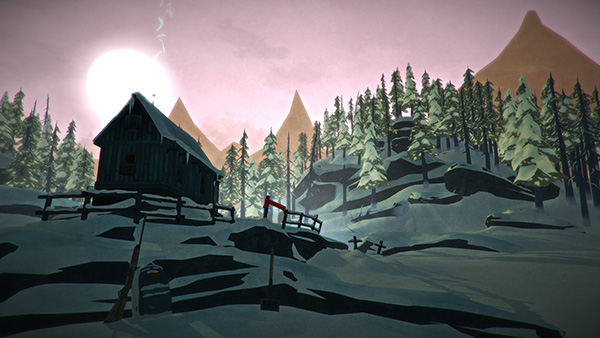 I own every single one of these, by the way.

I really feel like Starbound should be in the top 5, but my overall list is a loose ranking of titles that I really sank my teeth into during 2014. After some time, Starbound became a little bit repetitive for my taste. But a late surge by the Chucklefish team has really made Starbound a game not to miss in 2015. A newly implemented quest system (which can be played by accessing the nightly build) gives the player a direction to head if they wish or if galaxy exploration is your thing, go for it. The choice is yours. If you tried Starbound before and walked away from it, give it another shot this Spring.

State of Decay quickly became a staple in the stable of games that I streamed in 2014. A quick run across town always resulted in something entertaining going down.

The Walking Dead Season 2 continued the story of the beloved Clementine and a newly formed group of survivors. Decisions were made and lives were lost. Would you have it any other way? Telltale continues to knock this series out of the park.

Timber and Stone continued to be one of the most popular games that users came to my YouTube channel to watch in 2014. As with most relationships, I had some ups and downs with this game which ultimately led me to decide to take some time away from it after August. As of this writing a new version (1.6) has been released, with a new style and a solid codebase for the developers to tweak when bugs arise. I am cautiously optimistic that the game will suck me right in.

Is it a cop-out to add Minecraft to this list? I don’t think so, as I was graciously invited to join a tight-knit community of users (Groundfox) in the late summer. Since then I’ve had a ton of adventures with new friends and I’ve been able to pour my creative juices into some of the most satisfying builds that I’ve ever produced. The returning draw power of this game continues to baffle me. 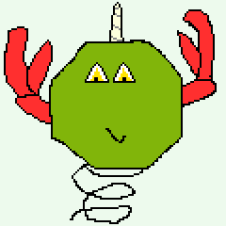 Jason is our friendly, well, he's our neighborhood Let's Play-er. Check out his YouTube Channel - JPThompsLP for some good times. He also tends to throw out opinion when we do and don't ask for them. Both in articles and on podcasts.