Lots of little surprises this week, but no revelations as we look forward to PAX Prime this coming weekend. 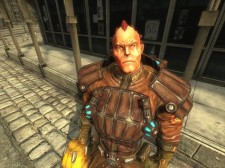 Have you been waiting here this whole time?!

Rock Band Network 2.0 Details Revealed – G4
Great additions, and it make sense to not have the Pro Guitar at launch. They have to see how successful it is first before they devote the dev time to it.

The Sacrifice DLC Coming to both Left 4 Dead 1 and 2 – Co-Optimus
Love that it works with both games.

Mass Effect 2 ‘Shadow Broker’ add-on priced and dated – Destructoid
Actually this is the first bit of DLC for ME2 that I’m actually interested in from a story standpoint.

Torchlight 3 out before Diablo 3, Runic CEO hypothesizes – Joystiq
I think it’s kind of awesome that the CEO of Runic is a Blizzard fan and realizes the two companies are operating on two completely different scales.

Huxley: The Dystopia Still Alive – Evil Avatar
Jeeze. I was excited about this game before the 360 even came out. Can’t believe it’s still out there.