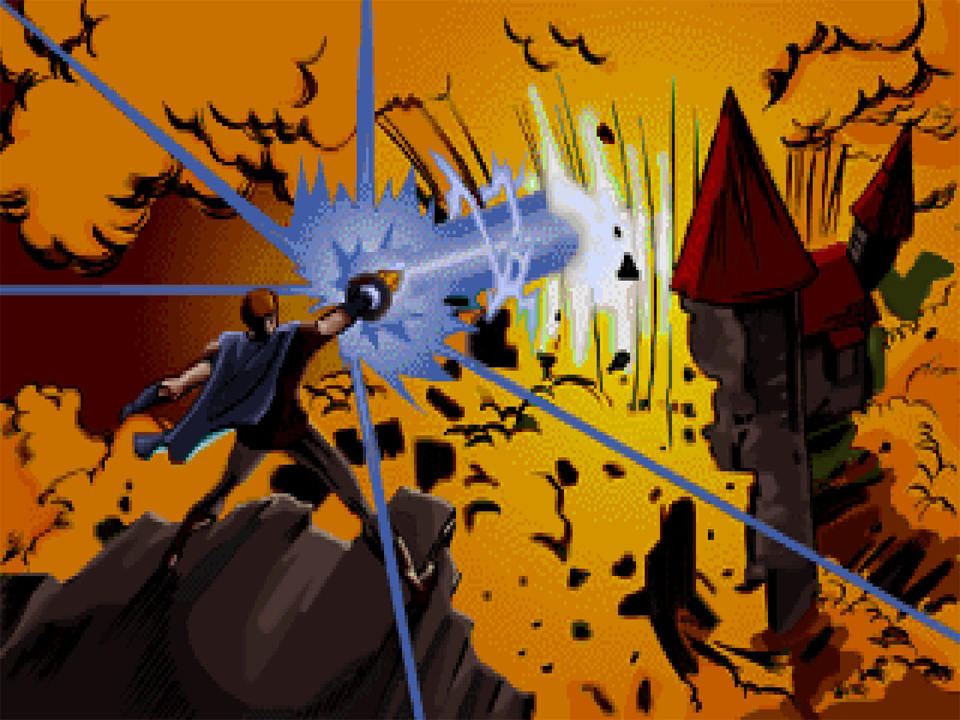 Unfortunately for those buying games this year on release day, or even release quarter, they are being rewarded with strange character glitches, impossible to finish side-quests and various other bugs. There is a better way friends and I’m here to help! For the best and most reliable gaming experience, take a play from my book and wait at least 15 years for developers to work out all the kinks before buying their game.

My blast from the past this time around was a remastered version of a game from 1996 called Strife: Veteran Edition. My nostalgia around this game is a little detached because I never actually played it originally. The game was released the same year as Duke Nukem 3D and the original Quake so it doesn’t come as a shock to see why the game managed to pass me by. 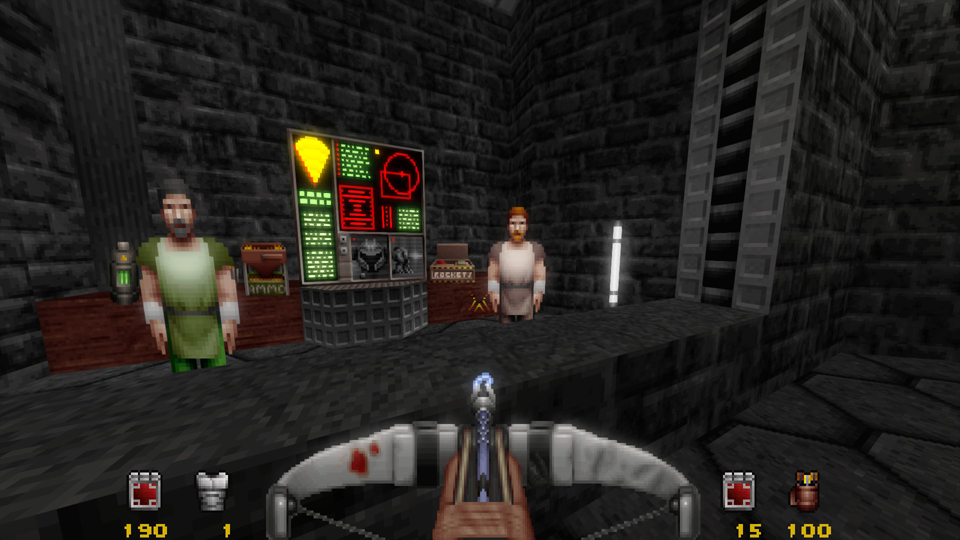 I had a cousin who I kinda revered as my video game sensei. I can remember him playing and talking about the original Strife: Quest for the Sigil but could never quite recall the name of the game. So for me, its been one of those childhood memories I occasionally find myself chasing to know more about.

I remember the game looking very much like the early Doom games. Which makes sense now that I’ve learned it was originally built using the Doom engine. The notable thing I remembered about it though was how the game isn’t a level-based, corridor shooter like other FPSes from that time. It is a more open-world style game with a HUB city you revisit to stock up on equipment and ammo. You are some type of resistance fighter working in a city policed by some evil military. Your main weapon is a crossbow, which seemed rather medieval for a FPS of that era.

So, when Strife: Veteran Edition appeared in Steam recently, I recognized it as that old game I never played but always wanted to. I’ve carried these phantoms memories of the game around with me for so long that I think a part of me needed to finally play the game. 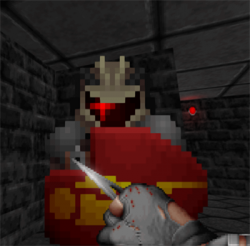 Dude, check the etching work on this blade and just ignore the bloody gloves

For the most part, my fragmented memory was correct. You do have a crossbow, but immediately stop using it the moment you get a rifle and rocket launcher. Another unique feature at the time for Strife is that you can silently kill guards in the city using your knife. If you fire a gun it will set off the alarms in the area and a seemingly never ending sea of angry soldiers will spew out of the surrounding buildings to dispatch you. But, if you just walk up and knife them, no one is the wiser. If you do it next to another guard he’ll open fire on you but that didn’t seem to set off any alarms, so you are alright.

You get paid for doing missions for the city’s resistance that you can then use in town to purchase better weapons, ammo, armor and health packs. Strife also has some RPG elements tied to it with quest-giving NPCs and the ability to increase your characters stats. You receive an accuracy voucher for completing jobs that when turned into the guy at the gun range will increase your fire accuracy, and a health voucher that the medic will use to increase your overall health capacity.

The missions all involve getting a key or blowing open some previously locked area. Next, you will enter an instanced building, like the Power Plant or Barracks, clear all of the enemies out, and reaching some objective. Every area of the game remains the way you left it. Re-entering completed areas later to find all the previously locked doors or hidden rooms is made easier since all of the dead bodies of the enemies remain where you left them. There is an option to set robot-type enemies to reappear, but I’m lazy and don’t like a challenge so I left it turned off.

Strife even has alternate endings depending on the choices you make. Several NPCs will try and pit you against one another. I sometimes get a little nervous when a game offers me choices so I checked the wiki to see what would happen. I preferred the “good” ending and choose the appropriate route.

You can read about how and why the game was re-released last year HERE. Whatever the reasons, I’m glad it made its Steam debut so I could final play it and put my vague memories surrounding it to rest.

Strife: Veteran Edition was released December 12, 2014 and is available now through Steam.

Are there any games from long, long ago that you always regretted not playing?
What’s keeping you from tracking them down and trying them out?