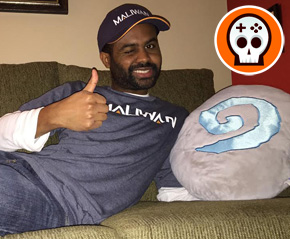 It appears that I hopped on the Wii U train right on time as 2014 felt like the Year of Nintendo. Avoiding the PS-Quadruple and Xbone altogether, I spent some quality time in front of a GamePad, 3DS, smartphone and the warm soothing glow of my computer monitor. I also crept out of my comfort zone of single-player experiences and played more with others. Whether brawling in the Mushroom Kingdom or dueling at a table in Azeroth, I was fairly obsessed with a handful of multiplayer games. Maybe 2015 will finally be the year that I consider going pro tournament status!

Besides stealing the name of my upcoming shoegaze band, Monument Valley stole my heart over the course of a few hours. I might not have fully understood what was going on, but I avoided some shadowy figures and made a helpful friend. Is that not what life is all about?

Runner-ups are Threes! and Vain Glory 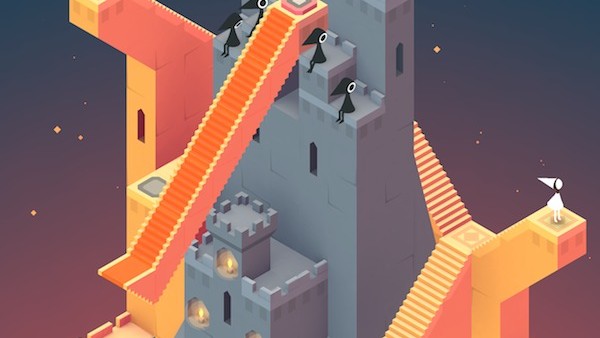 Better than popping pills on the bus.

Hey, your friendly resident Pokefan here! You bet your ultra balls I played another Pokemon title this year and it made my list. Using the engine from last year’s X and Y, Omega Ruby and Alpha Sapphire brings the planet Earth more Mega Evolutions, a great water-to-land ratio and MORE LEGENDARIES. I might never catch them all.

Favorite Story DLC: The Last of Us – Left Behind

The Last of Us was my GOTY last year and I was no less blown away by the shorter-but-just-as-sweet Left Behind. Seeing the history between Ellie and her best friend Riley before her adventures with Joel was eye-opening, emotional and… Sorry, these tissues are for my allergies.

Runner-ups are Bioshock Infinite – Burial at Sea and Diablo III: Reaper of Souls 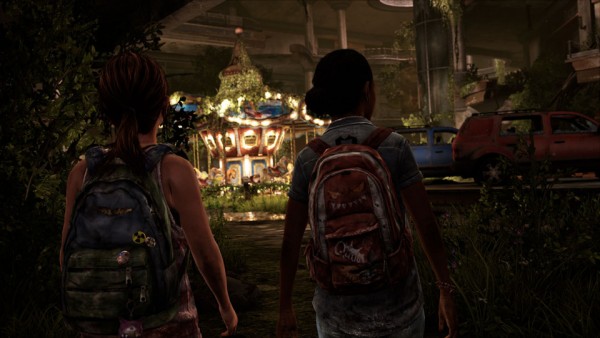 My GOTY for 2013 returned with more goodness.

I’m no Tolkien buff, but a nifty mechanic called the Nemesis System got me the most invested into the Lords of the Rings universe since the original trilogy hit theaters. I grew to hate particular Uruk-hai more than others, pit them against each other for fun (and profit), terrorize them with the indigenous fauna and totally forget that Middle-Earth: Shadow of Mordor had other things to do besides mass orc genocide.

Keeping my streak of backing awesome Kickstarter projects alive, Shovel Knight is a real treat for fans of old-school platforming and shovels (in no particular order). If this had come out back in the day, I’d have told my parents I want to grow up to be a sworn knight of the shovel. Although I think that’s called being a groundskeeper.

Runner-ups are Towerfall and Transistor 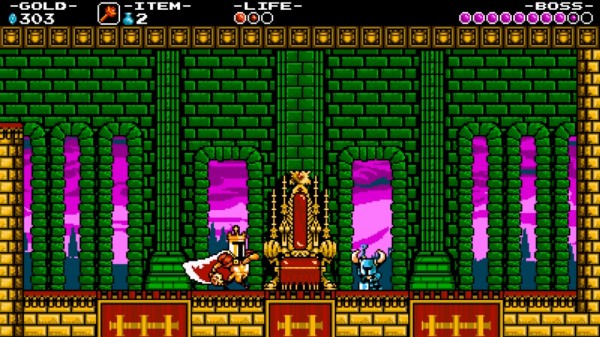 We are nothing but shovel serfs.

Based on perhaps my favorite sections of Super Mario 3D World, Captain Toad returns in Treasure Tracker to solve many puzzling levels and collect that sweet booty. If I had known that tracking treasure meant I could wear a sweet headlamp every day, I’d have rethought my major in college. 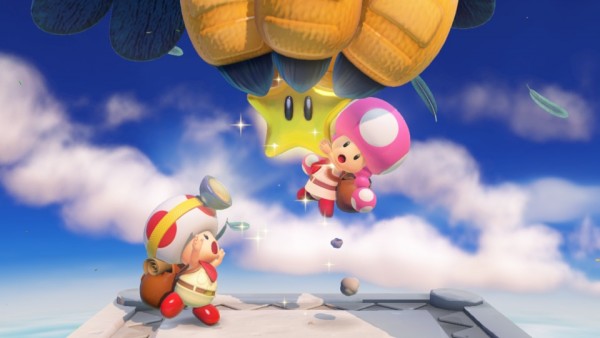 Still not sure who promotes toads to captain status.

After a couple evenings with the beta, I had high hopes for what awaited my guardian in the darker reaches of the galaxy. Cut to September where I’m cruise-controlling my way through a nearly non-existent story and waves of killer robots. And yet the local cryptarch remains the most infamous villain of Destiny, revealing all of your amazing legendaries to be nothing but common garbage. Why does a game like this get an honorable mention? I continued to play for hours and hours is why. Dancing on a boss’s corpse was never not fun.

5. South Park: The Stick of Truth

There have been South Park games before, but this is without doubt the first great one. Moving into the town of South Park as the “new kid”, things begin to escalate too quickly when the boys are caught up in their large-scale role playing. The unmistakable charm of the television show pumps through The Stick of Truth‘s veins and the laughs/groans per hour is too damn high. Even though it caters to a very established audience, it’s solid fun if you have an open mind and a high tolerance for alien probing. 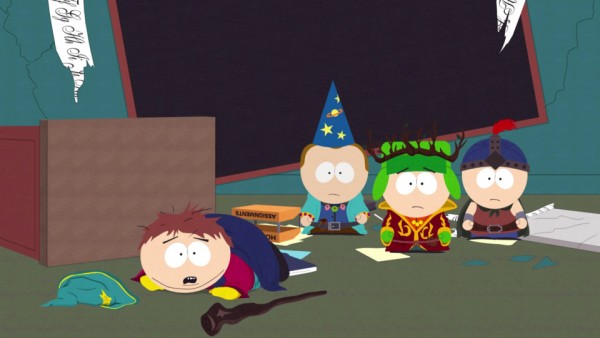 Mario Kart has come a long way. From adding a passenger to busting wheelies on bikes, it’s always been a party stable among my circle of friends. Let me get out of the way that Mario Kart 8 looks amazing on Nintendo’s first HD console. The sparks flying as racers drift. The blinding flash of bob-omb explosions. These details stun the eyes as you switch from regular tracks into the anti-gravity sections. Also, any reason to continue cursing the infamous blue shell is a good one in my book. 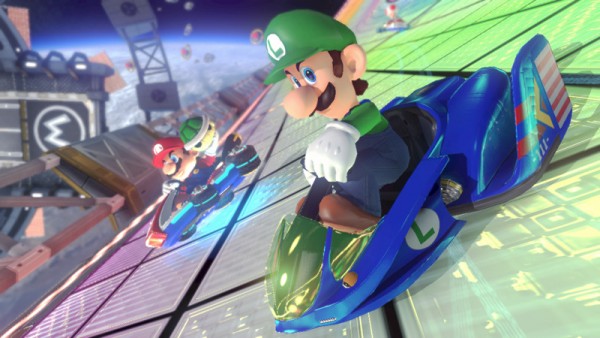 The year of the Luigi Stare.

3. Super Smash Bros for Wii U

Still the third greatest idea in history (behind sliced bread and mixing chocolate with peanut butter), Super Smash Bros actually returned in two forms across Nintendo’s home and portable platforms. The Nintendo fanboy who lives within me, maybe near my colon, goes nuts over dream match-ups like Little Mac versus Captain Falcon or 7 Pac-Men against one giant metallic Mario. That’s not even mentioning the fact that I own fifteen Amiibos at the time of this list. Some refer to it as sad. I call it SHUT UP, THIS COOL VILLAGER FIGURINE WAS HARD TO FIND.

My biggest regret of GOTY 2012 was not playing through Far Cry 3 in time for consideration. If it’s any consolation to myself, Far Cry 4 is way more my style. While the characters in 3 are best described as “douchey garbage people”, 4 has a better protagonist, angry birds, helicopters and the ability to ride atop rampaging elephants. I can start playing with the goal of doing one thing and, hours later, have done everything but what I set out to accomplish. If that doesn’t sell you on my admiration, a rhino once killed me with my own truck. Damn, nature. You scary.

Never in my life could have predicted that I would crown a card battling game as my game of the year, but I’m hooked on Hearthstone. It injected itself so easily into my life, becoming a daily source of conversation at work to something I could watch for hours a day on Twitch. I adopted the lingo, opened hundreds of packs, built many popular (and unpopular) decks, and battled friends to many losses and victories. I ate, drank and slept Hearthstone in 2014. I’m still playing it. I don’t know when I’ll stop or if I’ll ever stop. I’ve scrawled “HELP ME” on my bedroom walls. Hearthstone is love. Hearthstone is life. 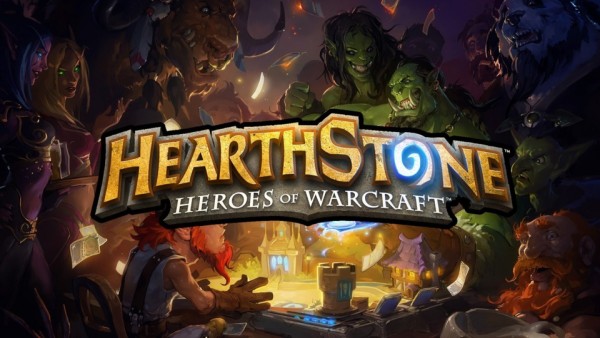 If I had to describe my 2014 in one word, it would be stamina. Many of my favorite games came packed with staying power, or there were those like Shovel Knight that continued proving that classic gameplay can still deliver enjoyable experiences. Nintendo has had its ups and downs, but what a strong year it was for the little Wii U that could. I continued to play Destiny, because I have a terrible loot addiction. Then there’s the list of backlog titles I need to play or finish, including Dark Souls II, Dragon Age: Inquisition, and Divinity: Original Sin. Last of all, go me. Here I am, still loving and playing video games for another year. It remains one of my passions and watching it evolve gets me excited. Time to play more Hearthstone!